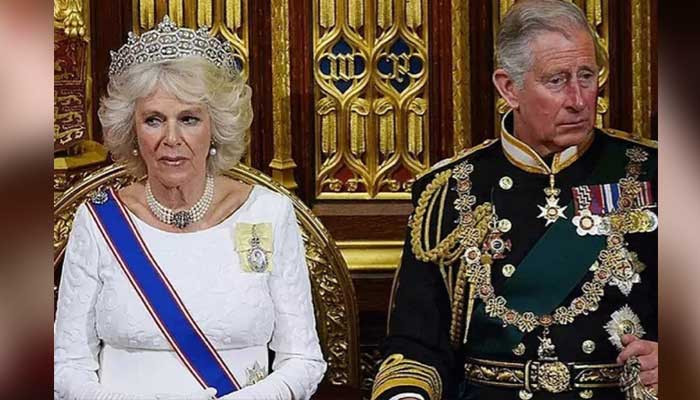 King Charles III has been urged to take action against Prince Harry and Meghan Markle over anti-racism award ‘insult’.

British commentator Nile Gardiner has asked the new king to strip the Duke and Duchess of Sussex of their royal titles after Robert F. Kennedy’s daughter, Kara Kennedy, praised the couple for making their damaging claims of racism and neglect against the Firm during their bombshell sit-down with Oprah Winfrey last year.

Gardiner, the former aide to late British Prime Minister Margaret Thatcher, wrote on Twitter: “An insult to the British Monarchy. Meghan and Harry should be stripped of their royal titles swiftly and decisively.”

In a recent interview, Ms Kennedy, the niece of late US President John F. Kennedy, claimed the Sussexes challenged the Royal Family’s “power structure” with their public criticism of the Firm.

Kennedy told The Telegraph: “They went to the oldest institution in UK history and told them what they were doing wrong, that they couldn’t have structural racism within the institution; that they could not maintain a misunderstanding about mental health.”

She added: “Few would have the courage to question their colleagues, family and community about the power structure they maintained, and this is what Meghan Markle and Prince Harry have done.”

Can you legally leave work if it becomes too hot?

How Mrunal Thakur Wished Birthday To Her Sita Ramam Producer