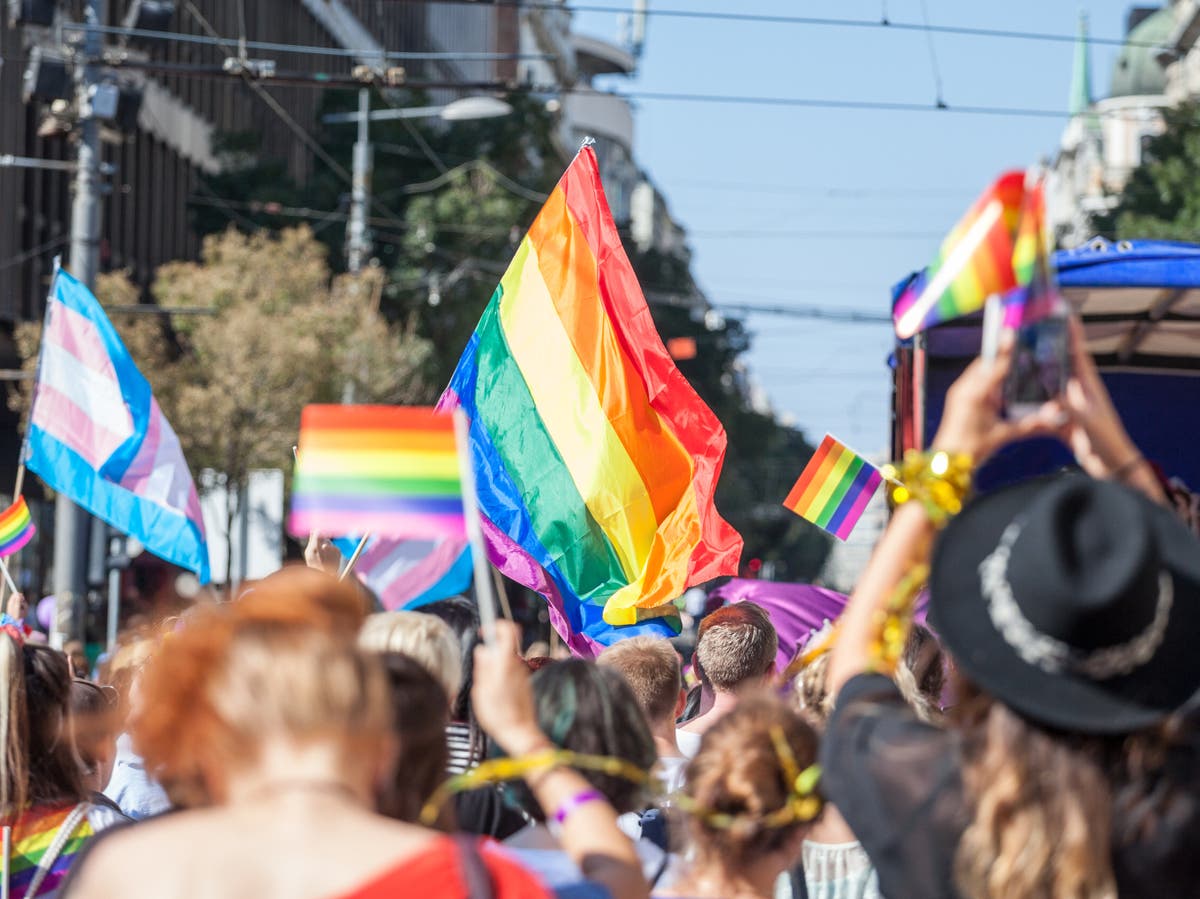 June is Pride Month, an entire month dedicated to the celebration of LGBTQ culture, history, and activism.

As conservative lawmakers in the United States continue to attack the rights of transgender children, Pride Month reflects on the ongoing fight against discrimination and injustice towards the LGBTQ community.

Traditionally in the month of June, Pride Month has been marked by worldwide parades and lively performances to celebrate gay, lesbian, and trans culture. The month also serves as a memorial for those who have lost their lives to HIV/AIDS, and to violent hate crimes as the six-year anniversary of the Pulse nightclub shooting takes place on 16 June.

Who can celebrate Pride?

During Pride Month, it is important to center the experiences and uplift the voices of the LGBTQ community. LGBTQ is an acronym meaning lesbian, gay, bisexual, transgender, and queer or questioning. The initialism is often used with a + at the end to symbolise the many other sexualities and gender identities that encompass the queer community.

The term “queer” refers to anything that exists outside of the heteronormative narrative. In recent years, queer – which once was used as a perjorative against gay people – has been reclaimed by some gay, lesbian, bisexual and transgender people as a self-affirming umbrella term, according to the NLGJA.

The acronym has also expanded to include an I and an A at the end, making it LGBTQIA. Intersex is an umbrella term “that describes bodies that fall outside the strict male/female binary”, according to Planned Parenthood.

While not everyone in the queer community chooses to subscribe to specific labels, the acronym LGBTQIA+ is the most commonly used list of terms to refer to non-hetero sexualities.

Why is Pride Month celebrated in June?

June was chosen as Pride Month to commemorate the Stonewall Uprising, a catalyst to the Gay Liberation Movement.

Early in the morning on 28 June 1969, police officers raided the Stonewall Inn, a Greenwich Village bar in New York City that had become a staple for the underground gay community. Tired of the ongoing raids, police officers were met with resistance from The Stonewall patrons. New York’s gay community fought back by throwing bottles, pennies, and beer cans at police. The protest continued for several days, and would eventually become known as the Stonewall Riots.

The uprising marked the beginning of the gay rights movement as ​​organisations such as the Gay Liberation Front and the Gay Activists Alliance were soon formed. On the one-year anniversary of the Stonewall Riots, marchers gathered in Manhattan to celebrate “Christopher Street Liberation Day,” also known as the first annual Pride parade.

In 2016, President Obama declared the Stonewall Inn as a national monument.

What is the Pride symbol?

The original flag included eight colours. Pink represented sexuality; red was life; orange was healing; yellow was sunlight; green was nature; turquoise was art; indigo was harmony; and violet was the human spirit.

While the most common iteration of the rainbow flag used today has just six stripes, the Pride symbol has undergone many redesigns to ensure that marginalised members of the LGBTQ+ community feel represented by the flag.

In 2017, activist Amber Hikes introduced a revamped version that added black and brown stripes to make sure that racially diverse people felt at home underneath the LGBT+ movements. A year later, artist Daniel Quasar unveiled his “Progress Pride Flag” to explicitly include the colors of the transgender cause; blue, white and pink.

For Pride 2021, a new rainbow flag was designed to incorporate intersex people into the movement, which features a a yellow section completed with a purple circle.

Pride Month is a welcoming environment for anyone whose gender or sexual identity does not fall within the mainstream. However, straight people are also encouraged to join in the festivities.

Those who do not identify as lesbian, gay, bisexual, transgender, queer, or intersex can still celebrate Pride Month as allies to the LGBTQ community. During this month, non-LGBTQ people should celebrate by recognising their privilege, listening to the voices of LGBTQ people, donating to LGBTQ organisations, or educating themselves on the history of the gay rights movement.

Where can I celebrate Pride Month in the US?

Throughout the month of June, Pride Month celebrations will take place across the country after two years of virtual festivities, fully-masked parades, and cancellations due to the coronavirus pandemic.

NYC Pride will be hosting a number of events throughout the month of June. The NYC Pride rally returns to in-person on 24 June, continuing the city’s long-standing tradition of hosting the rally ever since the Stonewall Riots. The 53rd annual NYC Pride March takes place on 26 June, beginning at noon from 25th Street and 5th Avenue.

On 12 June, Los Angeles Pride will hold its 52nd Annual LA Pride Parade. Meanwhile, the San Francisco Pride Celebration and Parade will take place on 26 June from 10:30am to 5pm.

The city of Philadelphia, Pennsylvania continues its annual Pride March on 5 June at 11am, followed by the Pride festival at noon.

In Washington, DC, the Capital Pride Alliance will host the 47th Capital Pride 2022 Celebration beginning on 3 June. The Pride Parade will take place in the nation’s capital on 11 June, and the Pride Festival on 12 June.

The Independent is the official publishing partner of Pride in London 2022 and a proud sponsor of NYC Pride.

To Birthday Boy Agastya Nanda, A Note (And An Instruction) From Sister Navya