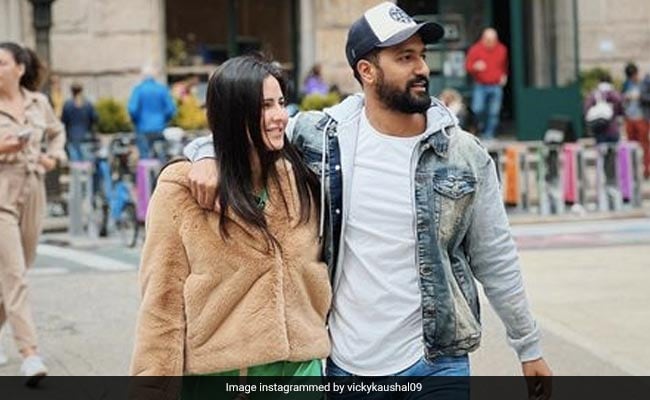 Oxford Quartet: The Women Who Took On the Philosophical Establishment

Vicky Kaushal, who made a solo appearance at IIFA 2022, can’t stop gushing about his married life with his wife, Katrina Kaif. The actor was asked about his life after marriage at the award show, wherein he described it as sukoon bhari (filled with peace) and added that he’s missing her a lot. Vicky said, “Life bhaut achi chal rhi hai… sukoon bhari (Living the best life and is filled with peace). Katrina is very good. I am missing her presence today a lot. Hopefully, next year we make it to IIFA together,” ANI reported.

Earlier, Vicky Kaushal talked about his wife Katrina Kaif for the first time to Hello! Magazine. He called her a great influence in his life and added that she is an extremely wise, compassionate and intelligent person. “Katrina is a great influence in every aspect of my life. I’m very fortunate to have found a life partner in her because she’s an extremely wise, intelligent, and compassionate person. I learn a lot from her every single day.”

Meanwhile, talking about Vicky Kaushal’s IIFA 2022 appearance, he looked dapper in a black tuxedo. The actor won the Best Actor award for his role in Udham Singh. He also dropped a post on his Instagram with a trophy and wrote, “Behind all that jazz it’s that boy who once thought everything he wished to achieve was all too far. Waited for you since forever… not leaving you tonight! IIFA Best Actor! Thank You @shoojitsircar for believing in me and making it possible for me and thank you Team #SardarUdham, this one’s for all of us. For everyone who voted for this win, I love you! @iifa”

On the work front, Vicky Kaushal has several films in his kitty – Govinda Naam Mera, Laxman Utekar’s untitled with Sara Ali Khan and Anand Tiwari’s untitled. Katrina Kaif, on the other hand, has Tiger 3 with Salman Khan and Merry Christmas with Vijay Sethupathi.