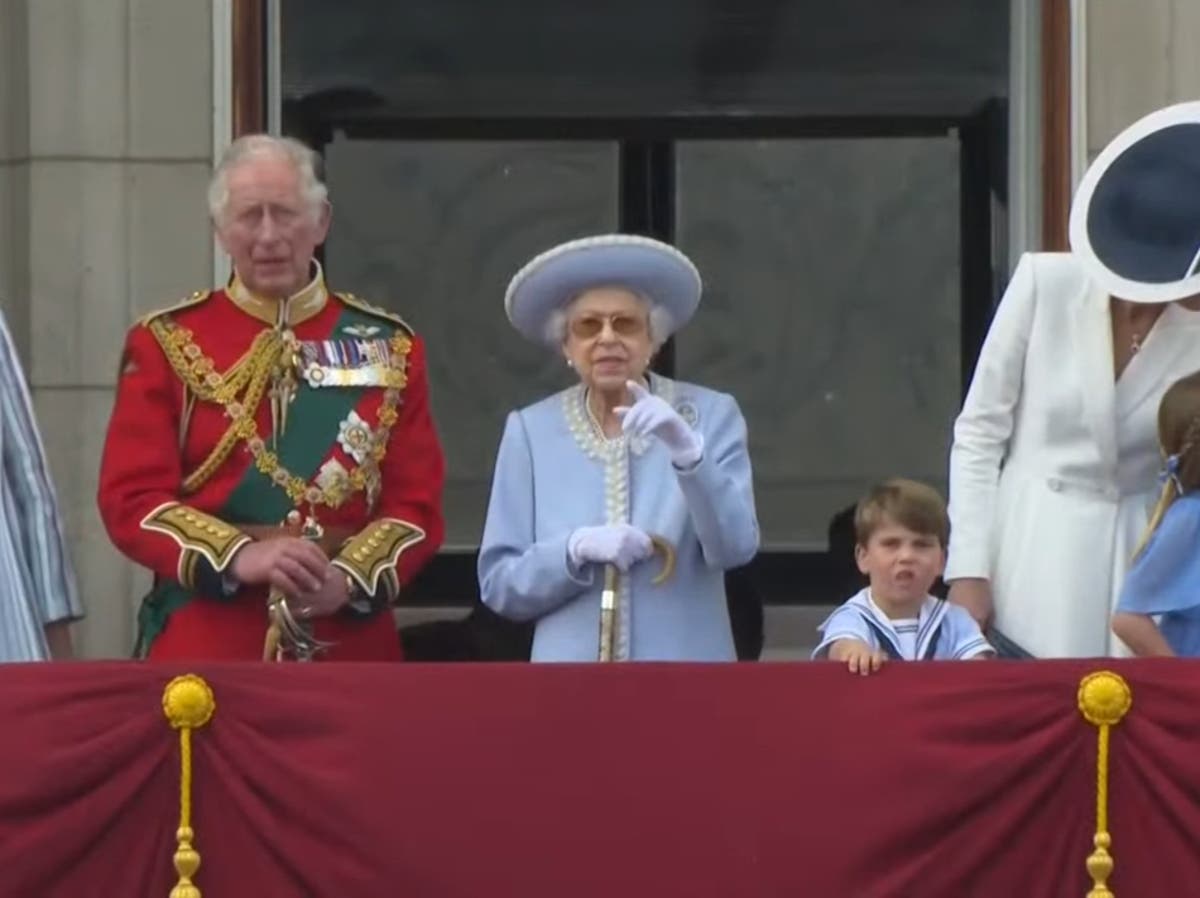 The Queen has stepped out onto the balcony at Buckingham Palace with the aid of a walking stick to watch the RAF flypast as part of her birthday parade.

Her Majesty was joined by other working members of the royal family and cheered on by thousands of people attending the parade to mark her platinum jubilee.

The 96-year-old monarch’s presence on the balcony is especially celebrated due to her ongoing episodic mobility problems, which has caused her to cancel a series of engagements in the past few months.

The Queen wore a powder blue Charmelaine wool coat dress embellished with pearl and diamante trim, with a matching hat and sunglasses.

She also wore a Guards’ Badge on her coat.

To her right hand side stood the Prince of Wales, who took the military salute at the Trooping the Colour for the first time instead of the Queen.

Huge cheers of “hooray” erupted from the thousands of royal fans on The Mall in front of the palace. As aircraft approached, the Queen could be seen looking ahead and smiling.

Meanwhile, Prince Louis waved towards the sky and could also be seen resting his chin in his hands.

The Mall and the areas around the Queen Victoria Memorial were filled with people eager to see the Queen and other members of the royal family.

Many waved Union Jack flags and were dressed in red, white and blue colours to signify their support for the monarch, who has now reigned for 70 years.

Most people in the industry are frauds, claims Ushna Shah | The Express Tribune

When Gauri Khan And Manish Malhotra Danced At A Monaco Wedding. Watch

From Shelter To Spirits, Astonishing Facts About Tamarind Tree

Why People Say ‘Sorry’ And ‘God Bless You’ After Sneezing