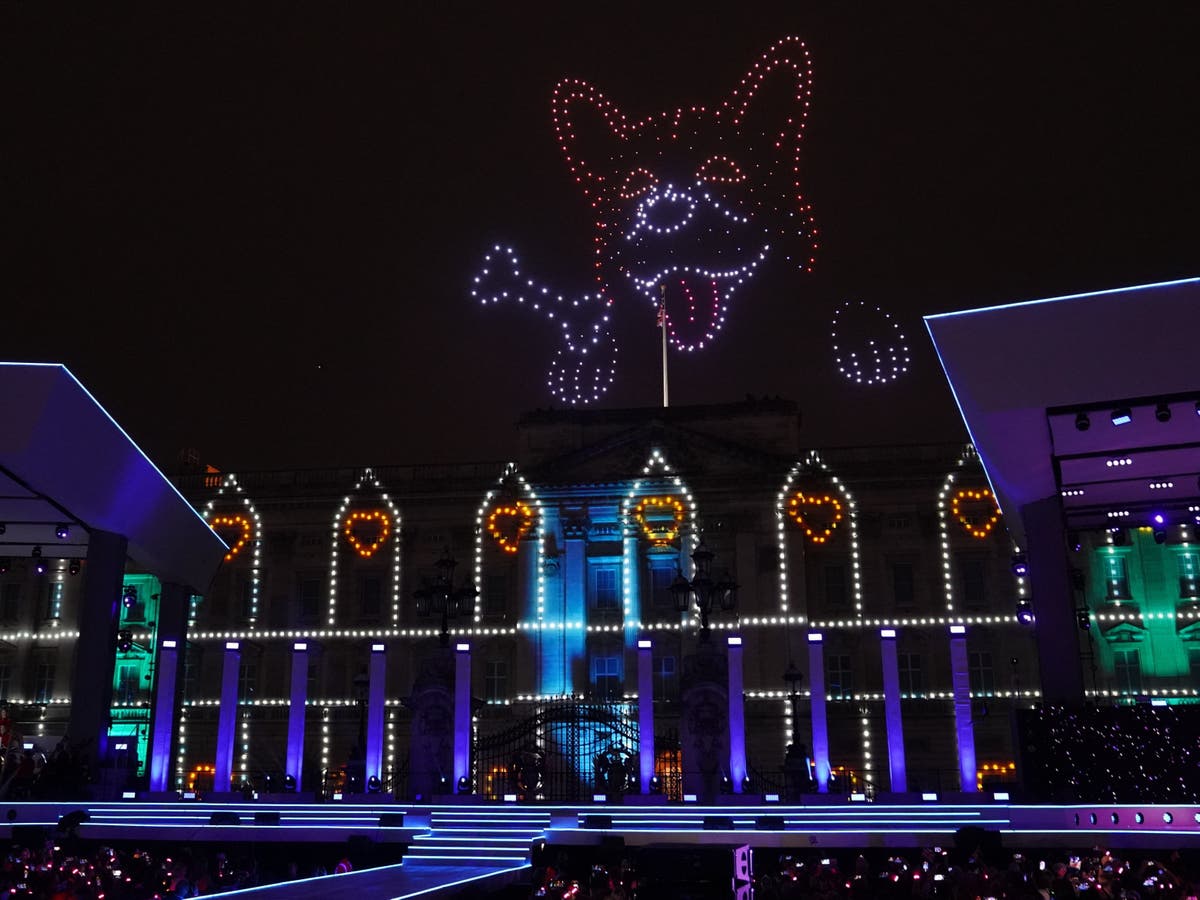 Audiences have praised the “phenomenal” drone display during BBC’s Party at the Palace on Saturday evening, which saw the sky light up with images of the Queen’s corgis, horses and a teapot.

As night fell around Buckingham Palace on Saturday 4 June and the live performances came to an end, crowds enjoyed a light show which paid tribute to some of the Queen’s hobbies and interests.

The pup was pictured with its tongue out, and a bone next to one of its paws.

Other images created by the drones included the Queen’s signature Launer handbag, the number “70” with a crown in the centre of the “0”, and a union jack flag.

The show also delivered a subtle nod to the Queen’s love of horse riding and her daily afternoon tea.

Social media users praised the display, with some declaring it the highlight of the show.

“The production values on the #PlatinumPartyatthePalace have been brilliant but the drone corgi absolutely topped it off,” one person wrote.

Another said: “The drones, lighting and graphics were absolutely phenomenal during the #PlatinumPartyatthePalace. A monumental effort from all involved! What a show!”

Others expressed their delight at seeing the huge corgi.

“Shut up, it’s a giant corgi made of drones. This is absurd,” one Twitter user said.

Another wrote: “The drone corgi above Buckingham Palace has made my year.”

“There is a giant drone corgi over Buckingham Palace and this is the best country on earth,” a third person said.

The Queen’s love of corgis has been well-documented, and the dog breed has played a key role in celebrations during the 96-year-old’s platinum jubilee.

The monarch’s love affair with the corgi began in 1933. Their father – then the Duke of York – gifted the then-Princess Elizabeth and her sister, Princess Maragret, a corgi named Dookie.

With his tongue sticking out, PJ wears a purple and platinum coloured-crown, and automatically appears when Twitter users use celebratory Jubilee hashtags.