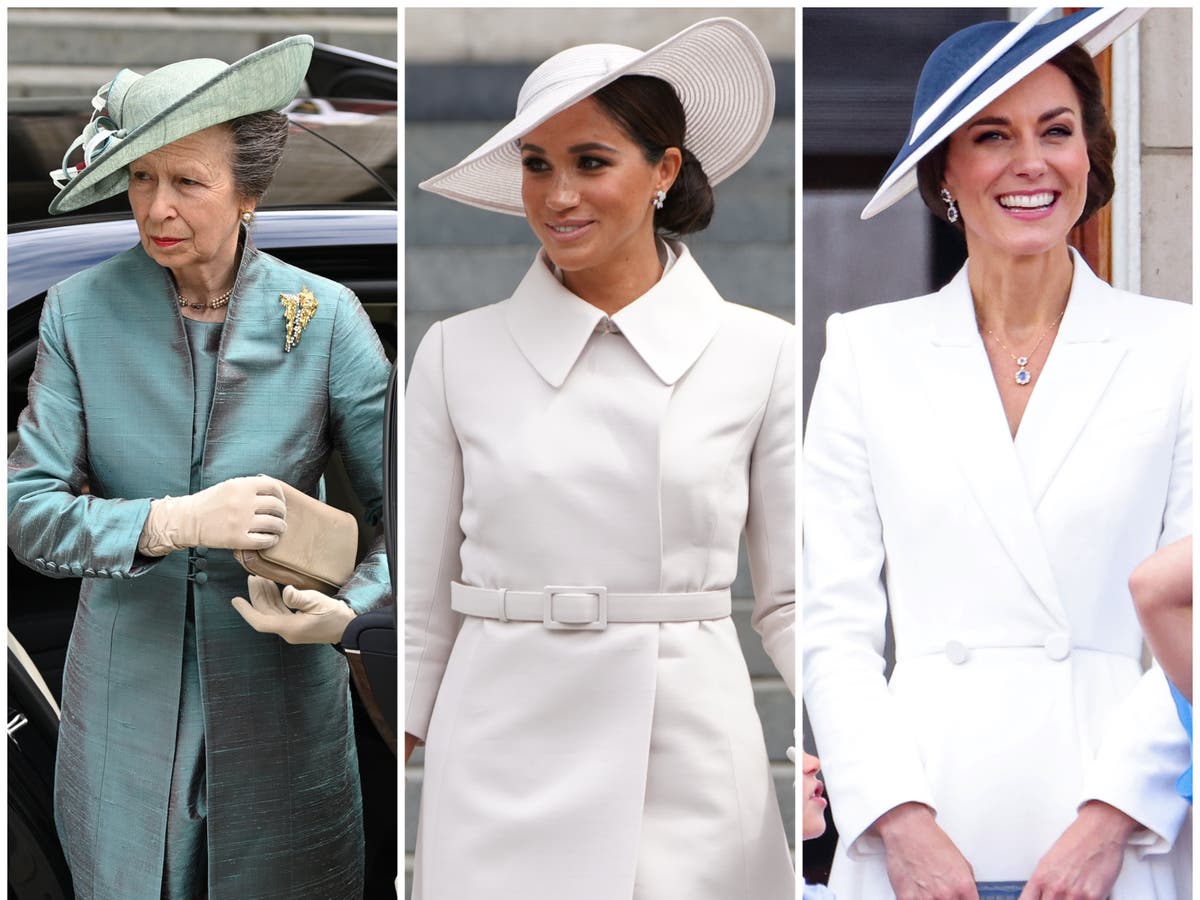 After months of planning and anticipation, the Queen’s Platinum Jubilee weekend is finally upon us.

This included appearances from the Duke and Duchess of Cambridge’s children, who were seen riding in a carriage during the procession.

They later joined their parents, the Queen and other royal family members of the Royal Family on the balcony of Buckingham Palace to watch a Royal Armed Forces flypast.

Also on Thursday, the public caught a much-awaited glimpse of the Duke and Duchess of Sussex, who are in the UK with their children, Archie and Lilibet, to celebrate the Queen’s historic 70-year-reign.

The monarch, who has been experiencing mobility issues as of late, did not attend the Service of Thanksgiving at St Paul’s Cathedral on Friday, with Buckingham Palace revealing in a statement that she had suffered “some discomfort” during Thursday’s events.

The heir apparent, the Prince of Wales, represented his mother at the service instead. He was joined by other senior members of the royal family including the Duke and Duchess of Cambridge, the Duchess of Cornwall and the Princess Royal.

Prince Harry and Meghan Markle were also in attendance, marking their first public appearance in the UK since they stepped down as senior members of the family in 2020.

While the festivities are in commemoration of the Queen’s service to the UK, members of the royal family have taken the opportunity to showcase their sartorial prowess.

Here are our favourite looks from the platinum jubilee weekend.

The Queen opted for an ensemble from Angela Kelly, a British fashion designer who also serves as senior dresser to the 96-year-old.

Appearing on the balcony of Buckingham Palace on Thursday, the Queen wore a pale blue dress with a pearl and diamante trim.

She also donned a matching wide-brimmed hat, and carried a hand-crafted walking stick gifted to her by the British Army.

Prince Louis looked adorable in a blue and white sailor’s suit at the Trooping of Colour. The suit seemed nearly identical to an outfit his father, Prince William, wore more than 30 years ago.

The then three-year-old William wore a similar sailor’s outfit in 1985, during the Queen’s 59th birthday celebrations..

The Cambridge’s only daughter wore a cornflower blue chiffon dress by Patachou at Thursday’s Trooping the Colour event.

The sold-out dress had a ruffled skirt, sheer butterfly sleeves and a bow applique at the neck.

The Duchess of Sussex

She paired the haute couture look with matching leather gloves and stilettoes, and a wide-brimmed hat.

The Duchess of Cambridge

She accessorised with a navy blue and white Philip Treacy hat, and sapphire and diamond drop earrings that once belonged to her late mother-in-law, Princess Diana.

Princess Beatrice opted for a muted blue tone as she arrived at the Service of Thanksgiving on Friday.

She completed the look with a matching fascinator, white stilettos and a white clutch bag.

The midi dress had short sleeves, an open back and a full skirt.

She paired the dress with black accessories, adding a black fascinator and black high heels.

Her look was comprised of a metallic silk dress, worn under a matching coat, adorned with a single gold brooch.

She paired the ensemble with a sage green fascinator and off-white gloves.

The Duke of Sussex

Prince Harry cut a smart figure on Friday in a black tailcoat, worn with a white shirt and grey pinstriped suit trousers.

The Duchess of Cornwall

The Duchess of Cornwall smiled and waved at fans as she arrived on Friday wearing an ivory coat dress, decorated with floral embroidery, by Fiona Clare.

She completed the look with a matching hat by Philip Treacy.

Where Was the Summer I Turned Pretty Filmed?

May all your adventures start with away