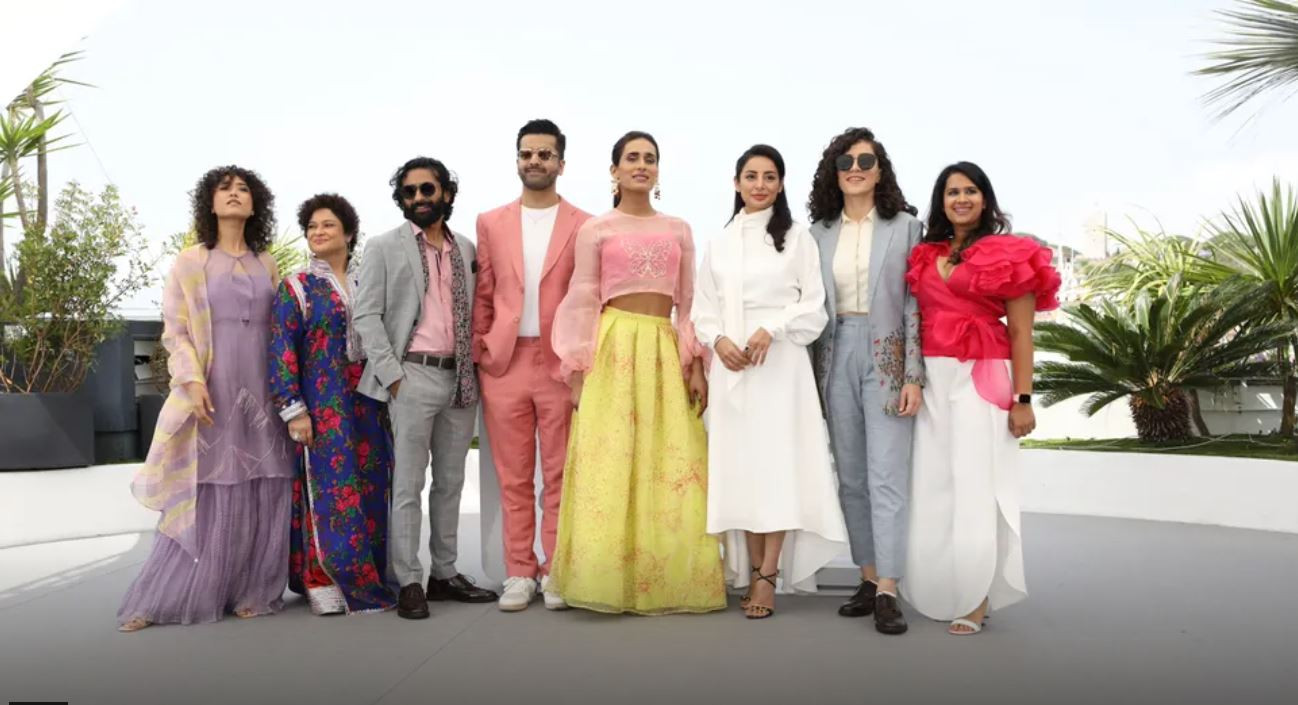 Sandwich Cake Recipe: Surprise Your Loved Ones With This Delicious Creamy Cake

This last week has been a joy for Pakistanis.

The film made history as the first Pakistani feature film to be screened at the Cannes Film Festival where it was widely adored by critics, with Deadline calling it ‘thought-provoking and well-performed.’

According to Variety, the film is fresh and will constantly amaze the audience. The team, including Saim, actor Sarwat Gilani, filmmaker Sarmad Khoosat, veteran actor Sania Saeed, as well as Joyland stars Alina Khan, Sana Jafri, and Ali Junejo, seen shedding tears of joy at the screening of the film.

As quoted by Independent Urdu, Saim talked about Pakistan being an emotional country with two extremes. He said, “One on hand you will find prejudice against a particular community. But you also get this progressive law under which everyone has the freedom to identify their gender which includes the third sex”, referring to the law that was passed in 2009 with Pakistan recognising transgender individuals with the first passport with a third sex category in 2018.

The filmmaker spoke of the law not being fully implemented and delved into the history of transgender people before the establishment of British rule in the 19th century. According to him, transgender people were associated with art and poetry while today they do not live as freely as they once did. But even then, the director believes that they find their freedom on their own terms.

According to him, Joyland makes it clear that transgender people face most of the same problems as women in Pakistan whose gender is determined at birth. Unlike all other people, men with normal sexual orientations have more freedom to test their desires.

However, he further explains that there is a significant difference between women by birth and transgender women. “Women are struggling against being confined to the home and for transgender women; the situation is almost different, as they are trying to make their place inside the home. They are fighting to stay with their family to avoid being pushed off the streets,” Saim added.

Alina Khan, a transgender woman, dons the role of transgender dancer Biba in the film. Not being a professional actor, she gave an audition for the role in Sadiq’s short film Darling’ in 2019 through an NGO and landed the role.

Khan told AFP that Biba and her struggles are the same but Biba is more rebellious than she is. Alina Khan saw Joyland for the first time in Cannes and was overwhelmed with emotion at the screening. “The reception was wonderful. Some people in the audience started crying and then I couldn’t control myself and also started crying,” said the actor.

Khan hopes that once released, people will love watching the film as much as she did. She believes that this film talks about men, women, gender politics, and a variety of issues that plenty of people will relate to. “Viewers in Pakistan will be able to understand this film and the messages are hidden within the story,” claimed Khan.

Zodiac signs who have GOD-like patience | The Times of India

However, according to her, the primary main message of the film centers on the lives of transgender people and how they too, can lead extraordinary lives like any other man or woman.

Gilani, who also plays a role in the film, told Reuters in an interview that the whole thing is like a dream come true. According to the actor, “You can imagine any national award, but it is unbelievable to represent Pakistan on such a prestigious stage on a platform like The Cannes Film Festival. It felt as if all that all the hard work that people do, the difficulties that we as artists in Pakistan face, this is the fruit of all of that.” She said that Independent Cinema is not so popular in Pakistan that even big names work in such films.

She is returning to Pakistan optimistic about the praise in Cane. She said that she is hopeful that at least our people will understand that this is the kind of cinema that can be successful. “Not worldwide, but locally, this is the hope with which we are returning home,” she said.

Following the screening, Khoosat took to Instagram to praise the young filmmaker, writing, “I could be biased (sure, accuse me) but with whatever authority I have, I hereby declare that there’s NO better filmmaker and storyteller than my puttar Saim Sadiq.” On getting emotional during the screening, he added, “I bawled and cried my heart out with joy and all the pride at the world premiere. Thankfully there are no photos of me right after the screening.”

GREG GUTFELD: Elon Musk does everything with the door open

Life lessons to learn from ‘The Lord of the Rings’

On This Day in 1953: Elizabeth II was Formally Crowned as the Queen of United Kingdom