Christian Pulisic thanks fans for support during World Cup: ‘It really meant a lot to us’ 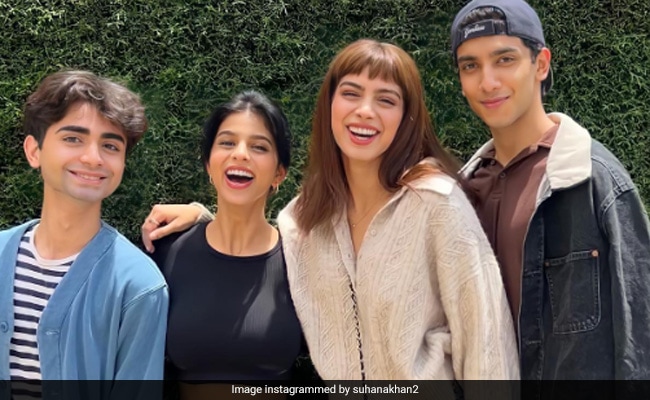 Neena Gupta Gives A Unique Twist To This Indian Sabzi, Can You Guess?

It’s quite a splendid season for Khushi Kapoor. First, she announced her entry into the Bollywood industry. She will soon be debuting in Zoya Akhtar’s The Archies. And, now, Boney Kapoor’s youngest daughter Khushi is going places too owing to the film shoot schedule. Her Friday photo dump was from Ooty. In her photos, Khushi wore a white sweater and blue jeans. She carried a black sling bag and looked resplendent in the Sun. With her hair dyed brown, she looks as charming as ever. Her bestie and co-actress Suhana Khan also features in the post. The women pose along with their other friends while smiling for the lens. Khushi’s caption read, “Ooooooty” with a dancing man emoji. Shanaya Kapoor, their BFF, commented, “I miss you.” Manish Malhotra dropped pink heart emojis. ICYMI, the star cast of The Archies is currently shooting in Ooty, Tamil Nadu.

Suhana Khan, who is also debuting in The Archies, has shared a carousel post on Instagram. Shah Rukh Khan’s daughter is seen dressed in a black crop top and blue jeans. In her post too, we see Khushi Kapoor. For the caption, Suhana ditched words and used only a smiley. Her friend Navya Naveli Nanda commented with a red heart emoji. Shanaya Kapoor wrote, “My beautyyy, Suuuuuu.” Ananya Panday commented, “Obsessed with you” while her mom Bhavana Pandey dropped fire and red heart emojis in the comment section.

Suhana Khan celebrated her 22nd birthday in Ooty. The soon-to-be actress posted several photos on the occasion. The birthday girl picked a yellow dress for the day. But what really caught our eyes was her black and white photo featuring co-star Khushi Kapoor. Ananya Panday commented, “Where are my flowers?”

Anushka Sharma’s Birthday Post For Virat Kohli: “Love You In Every State And Form”

In another post, we saw Khushi Kapoor posing with co-star Vedang Raina at the same party.

Zoya Akhtar’s The Archies is a Netflix original to be released next year. It features Khushi Kapoor, Suhana Khan, Agastya Nanda, Vedang Raina, Mihir Ahuja, Yuvraj Menda and Dot. Khushi will play the character based on Betty Copper, Suhana will be seen as Veronica Lodge, while Agastya will play the role of Archie Andrews.

Here’s Why Almond is a Wonder Food for Your Health

On Samrat Prithviraj Release Day, This Is What Manushi Chhillar Did

Blood pressure walks its way to ‘high level’ with these habits; know what doctors suggest to do instead | The Times of India

Coronavirus: These 5 risks in connection with COVID are still high; think before you stop wearing masks | The Times of India