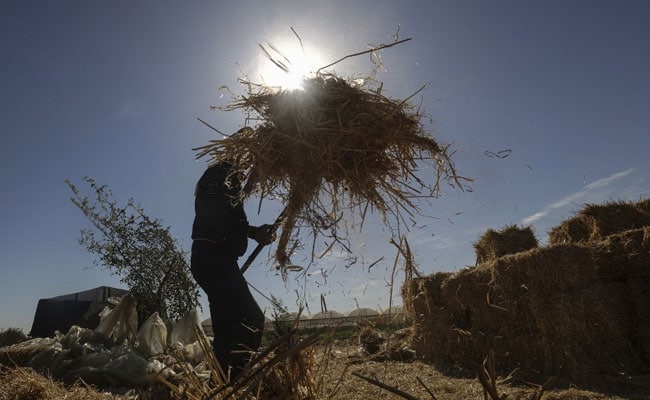 Aviary Cocktail Nest Is The Newest Insta-Worthy Place In Delhi

Government will take strict action against exporters who are trying to ship or have shipped wheat by submitting back-dated and improper documents following the ban on exports of the crop, Commerce and Industry Minister Piyush Goyal said on Friday.

On May 13, Government banned wheat exports to control domestic prices. However, it allowed shipments for exporters who have valid irrevocable letters of credit (LCs) issued on or before May 13.

The Commerce Ministry has tightened the norms for obtaining registration certificates for wheat exports with a view to curbing fraudulent practices such as submission of improper documents by traders.

Exporters have to submit the message exchange date with foreign banks along with a valid irrevocable letter of credit, issued on or before May 13, to obtain registration of contracts (RC) to ship their consignments.

“Some people have even tried to cheat by making back-dated applications and putting up LCs. The government will come down strongly on anybody who has tried to back date an LC; who has made an application to allow exports based on documents which are irregular in any form,” Mr Goyal told reporters here.

He added that the ministry is investigating exporters who have received authorisation to verify if they have filed all the proper documents.

The Directorate General of Foreign Trade (DGFT) has earlier stated that it has received information from sources that fraudulent back-dated LCs, showing date of issuance prior to May 13, 2022, are being submitted by some unscrupulous exporters for issue of RCs.

Larry Kudlow at a loss to explain Biden and Dems’ new spending push: ‘No economic logic’

The minister further said an inter-ministerial committee, comprising officials from food, agriculture and foreign affairs ministries, has been set up to examine requests for wheat from neighbouring and friendly countries.

The committee will ensure that the wheat sought by those nations are for their own requirements.

“So whichever foreign government will apply, the committee will examine it. We are insisting that any country which wants wheat from us should ask only for their local population and commit that they will not allow it to be exported,” Mr Goyal said.

“Our concern is that traders, speculators, and hoarders should not get control over the valuable wheat and charge exorbitant price from poor and vulnerable nations. We want to support to the extent that we can,” he added.

The commerce minister also said the issue of selling to a WTO (World Trade Organisation) member country from public stock holding will come up for discussion at the ministerial conference (MC) this month in Geneva.

‘The Return of Tanya Tucker: Featuring Brandi Carlile’ Review: The Evolution of a Country Star

Aviary Cocktail Nest Is The Newest Insta-Worthy Place In Delhi

After Curbs On Exports, Prices Of Wheat And Sugar Stable: Food Secretary

After Ban, Government Allows Small Quantity Of Wheat For Export