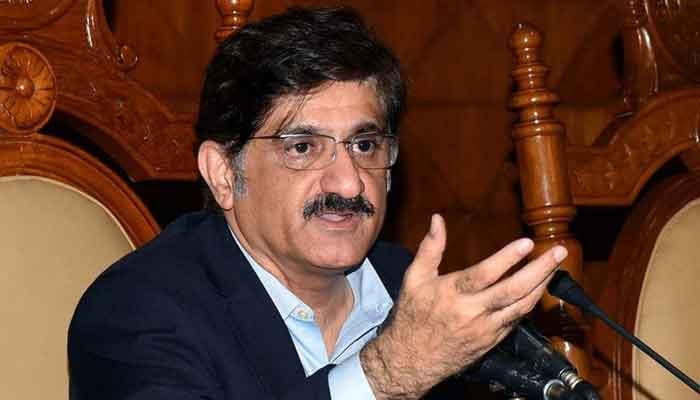 KARACHI: As part of its austerity drive after another hike in petrol price, Sindh Chief Minister Murad Ali Shah Monday reduced the fuel quota of the ministers and government officials by 40%.

According to the CM spokesperson, the decision was taken to control the expenses and lessen the burden on the national kitty following a sharp increase in the petrol prices within the last few days.

“The rise in petrol price should not be a burden on the exchequer,” Sindh CM Murad Ali Shah said, adding burdening the treasury means increasing the burden on the people.

The price hike has triggered protests in Karachi during which the people damaged a petrol pump and burned tyres atthe University Road.

While sharing their concerns over the development, the public has demanded the government tighten its belt rather than passing the burden on the masses.

The sentiment was echoed by a senior PPP leader and Senator Mustafa Nawaz Khokar who suggested cutting the pay of politicians, generals, judges and senior bureaucrats by 50%.

“Why should common folk shoulder the failures of the political, military and judicial elite? This joke has to end.”

Khokar said if the common man is forced to tighten his belt then the pay of politicians, generals, judges and senior bureaucrats should be halved and all perks withdrawn including free utilities.

The government on Thursday announced to increase the prices of petroleum products by Rs30 — the second time in the last 10 days — in line with the agreement signed by the previous Imran Khan-led government with the International Monetary Fund (IMF).

‘He’s a huge X factor:’ Valeri Nichushkin is peaking at just the right time for the Avalanche

In final stretch, candidates sharpen their appeals to ‘ticket-splitting’ voters

Hoops hotbed Camden is ready for No. 1 prospect D.J. Wagner to make history

Karisma Kapoor Went To A Wedding In Monaco. It Was A Mini Fam-Jam – See Pics