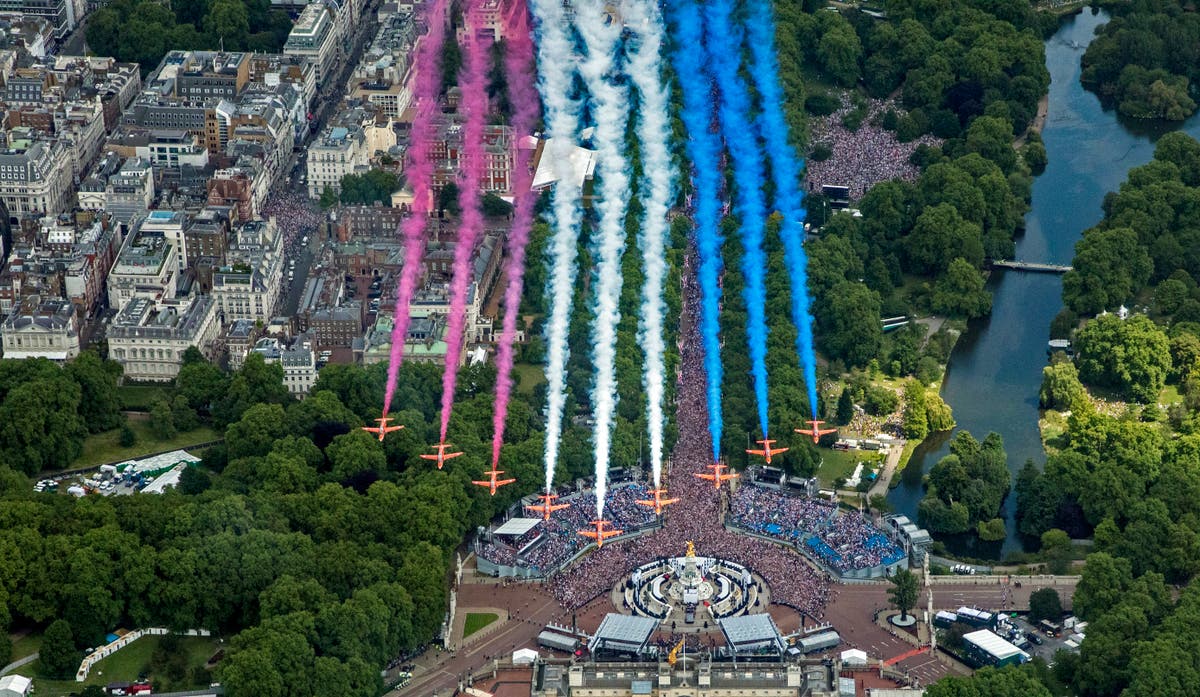 Alzheimer’s disease symptoms: The signs which may indicate the early stages | The Times of India

The Red Arrows have been forced to cancel a scheduled flypast which would have concluded the Platinum Jubilee Pageant.

The aerobatic arm of the Royal Air Force was set to put on another show-stopped display over Buckingham Palace on Sunday to mark the end of the Queen’s platinum jubilee weekend.

But the display will no longer go ahead due to poor weather, the BBC has announced.

The Red Arrows were also forced to cancel their display at the English Riviera Airshow this morning.

“Unfortunately, our display at the @RivieraAirshow won’t be going ahead today due to the weather conditions in #Torbay,” the team wrote on Twitter.

“There is extremely low cloud and very poor visibility, outside of the safety limits for display flying.”

The flypast would have marked the second Royal Air Force performance of the week, after the Trooping the Colour ceremony on Thursday.

The six-minute-long display saw aircraft fly in the shape of the number 70, in celebration of the historic milestone.

As the Queen’s official birthday parade returned to London for the first time following the pandemic, members of the royal family appeared on the balcony of Buckingham Palace to watch the spectacle.

This year’s balcony appearance was limited to working members of the royal family.

Prince Harry and Meghan Markle, who stepped down as senior members of the royal family in 2020, were not part of the line-up. They were spotted watching the flypast from the Major General’s Office.

The Duke of York was also restricted from the lineup, after he stepped down from official duties in 2019. Prince Andrew has not been present at any of the events after testing positive for Covid-19 earlier this week.

When Will Gold And Silver Prices Recover?

In a ‘Sea Change,’ Women of the Philharmonic Now Outnumber the Men