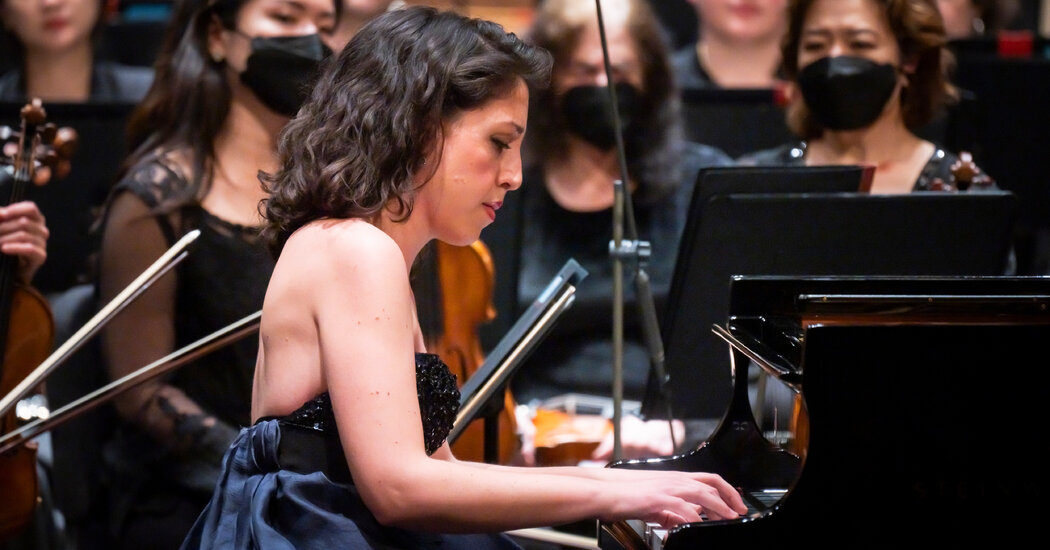 The best royal outfits from the Queen’s platinum jubilee weekend

From early on, the stylish use of rubato gave a sense of dreaminess to her performance. The sprawling first movement never felt lost, but it wandered: assertive; then suddenly reflective, translucent; then once again roiling. In the finale, her playing danced with appealing, almost sticky heaviness, but then the next line would take off with sparkling freshness.

All this changeability never evoked anxiety, as it has in the hands of other artists. Rana projects an underlying calm command, a grounded quality, with the concerto’s different moods on human scale. Small corners were intimate communication: the notes touched, with perfect clarity, by her right pinkie as punctuation to her mellow left hand; her trills, lucid yet silky, a little melty.

The orchestra played with panache in the third movement — and van Zweden supported artful details, like the double basses seeming to take up the resonance of the piano near the end. But it was hard to focus on anything but the central player. Even during a big flute solo in the first movement, you couldn’t take your ears off Rana. It was a truly memorable debut.

Shostakovich is van Zweden country, the kind of repertory in which his characteristic clenched grip on the music helps rather than hinders it. This was a punchy, tightly played Fifth, an angrily grinning take on a work whose politics will always be ambiguous. (Its composer was desperately attempting to get in Stalin’s good graces, but as far as the score’s meaning, who knows?)

The Philharmonic played well, with an almost choked grotesquerie in the march in the first movement, an eerie danse macabre of the second and bristling unsentimentality in the third. Van Zweden began the finale very fast, and the orchestra responded with clean ferocity. The progression to the climactic major-key explosion was grim, and its achievement, as Shostakovich may well have intended, was the very definition of an empty victory.

This program continues through Saturday at the Rose Theater at Jazz at Lincoln Center, Manhattan; nyphil.org.

Tabu, Kareena Kapoor And Kriti Sanon In The Crew – A Glimpse Of “Magical Madness”

Inside Ariana Grande and Dalton Gomez’s Private Marriage of Over a Year: ‘He Is Very Supportive’

The best royal outfits from the Queen’s platinum jubilee weekend