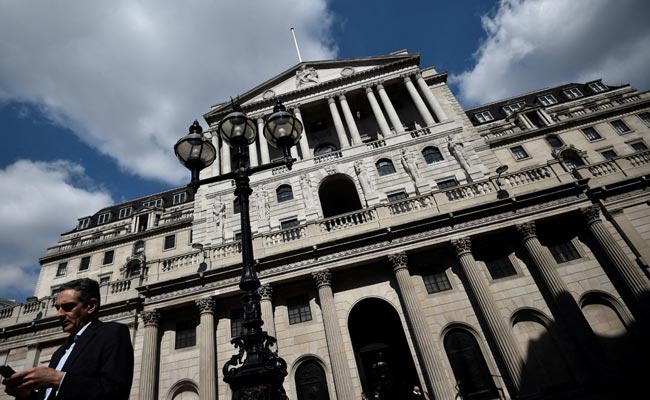 A central bank digital currency (CBDC) would not pose too big a challenge for the Bank of England’s operations, Andrew Hauser, the BoE’s executive director for markets, said on Wednesday.

The BoE is due to consult this year about whether it should create its own digital currency – a competitor of sorts to cryptocurrencies such as bitcoin – after encouragement from finance minister Rishi Sunak to consider a possible ‘Britcoin’.

Hauser said a central bank digital currency would be the first new type of central bank liability in centuries, but not one that was incompatible with the BoE’s goals.

“The dog may be old, but it can still perform new tricks,” Hauser said ahead of a discussion to be hosted by the Federal Reserve Bank of New York.

“By themselves, balance sheet considerations do not obviously present any ‘redline’ arguments against CBDC adoption,” he added. “The use of the central bank balance sheet to provide state-backed transactional money is one of our most longstanding functions.”

The BoE has said any CBDC would not replace cash and would be equivalent in value to sterling banknotes.

The BoE views the sterling reserves which commercial banks already hold with it as a type of digital currency, and a fully-fledged CBDC as a broader form of public access to this system, potentially reducing banks’ role in day-to-day payments.

Western central banks’ interest in CBDCs has been spurred by the possibility that a major tech company might create its own form of payment. This could bypass the traditional banking system, creating concerns about privacy and financial stability.

If a company did go down this route, it should expect to be regulated to the same standards as a bank, Hauser said.

Existing ‘stablecoins’ – a type of cryptocurrency which is pegged to a mainstream currency or commodity – did not meet these standards, Mr Hauser said.

“Holders of such coins must accept at least the possibility of finding themselves badly out of pocket,” Hauser said, citing the recent collapse of TerraUSD and a temporary dip in the value of the more widely used Tether.

Tesla is set to report earnings after the bell

From Copper To Aluminum, Which Utensils Benefit Human Body The Most

For Ukraine the World Cup looked unthinkable. Now they’re 1 game away after spirited win over Scotland

How FTX ‘death spiral’ spelled doom for BlockFi, according to bankruptcy filing