To Some Fragrance Brands, Sustainability Is the Top Note

Kathy Burke says she planned to kill herself during menopause

Nutritionist Explains Health Benefits Of Cashews, Here Are Some Cashew Recipes To Try

Kareena Kapoor Reminds Saif Ali Khan About Herself As He Lists His Favourite Actresses: “Your Wife,” She Said 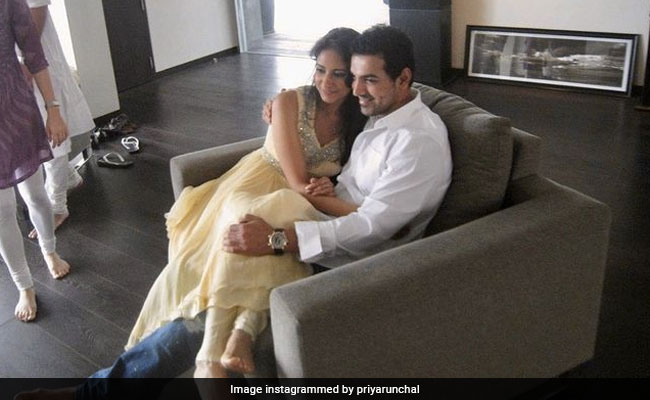 It’s John Abraham and Priya Runchal’s wedding anniversary today. The couple is celebrating 8 years of togetherness. And, to make a memorable one, Priya has shared a blast-from-the-past moment on Instagram. It is an oh-so-adorable picture featuring the lovely duo. Here, John is sitting on a couch with Priya on his lap. We are not crying, you are crying. For the caption, Priya has just picked a yellow heart and sparkling emojis. The image has won a lot of hearts on the social media platform. A fan wrote, “Gorgeous couple.” Another said, “Perfect jodi.” A few wanted to see more such cute pics of the happy couple.

John Abraham met Priya Runchal in December 2010. Priya is an investment banker in Mumbai. The couple got married at an intimate ceremony, attended by close friends and family members, in Los Angeles. And, ever since, the two have given us major couple goals. Take a look at this throwback picture and you will understand what we are talking about.

And, this post by Priya Runchal is all things relatable. Here, we have a series of pictures featuring Priya and the handsome John Abraham. The two look amazing in their fashionable best but Priya wants us to focus on the closed eyes pics. And, her caption says it all. “Are you one of those people who blink in every photo? This clearly runs in the family. Now, I know, J and I are meant to be…And, just when I was going to give up BAM we got.”

John Abraham was last seen in Attack: Part 1. The film, directed by Lakshya Raj Anand, was released on May 27 on Zee5. Jacqueline Fernandez and Rakul Preet Singh are also part of the film. He will be next seen on Ek Villian Returns. The film also stars Arjun Kapoor and Tara Sutaria in crucial roles. The Mohit Suri directorial will release on July 29.

Hot Take: Trailer for film on Amber, Johnny’s trial is out | The Express Tribune

In Montauk, N.Y., an Indoor-Outdoor House Emerges From the Landscape

‘S.N.L.’ Season Premiere Weighs in on Its Own Trump Sketch

The Soaring Legacy of Pablo Milanés

CMC BC Survey — BC Alliance for Arts + Culture

IIFA 2022: Aishwarya Rai Bachchan And Abhishek – Twinning And Winning On The Green Carpet

John Abraham Was “Our First And Only Choice”: Pathaan Director Siddharth Anand