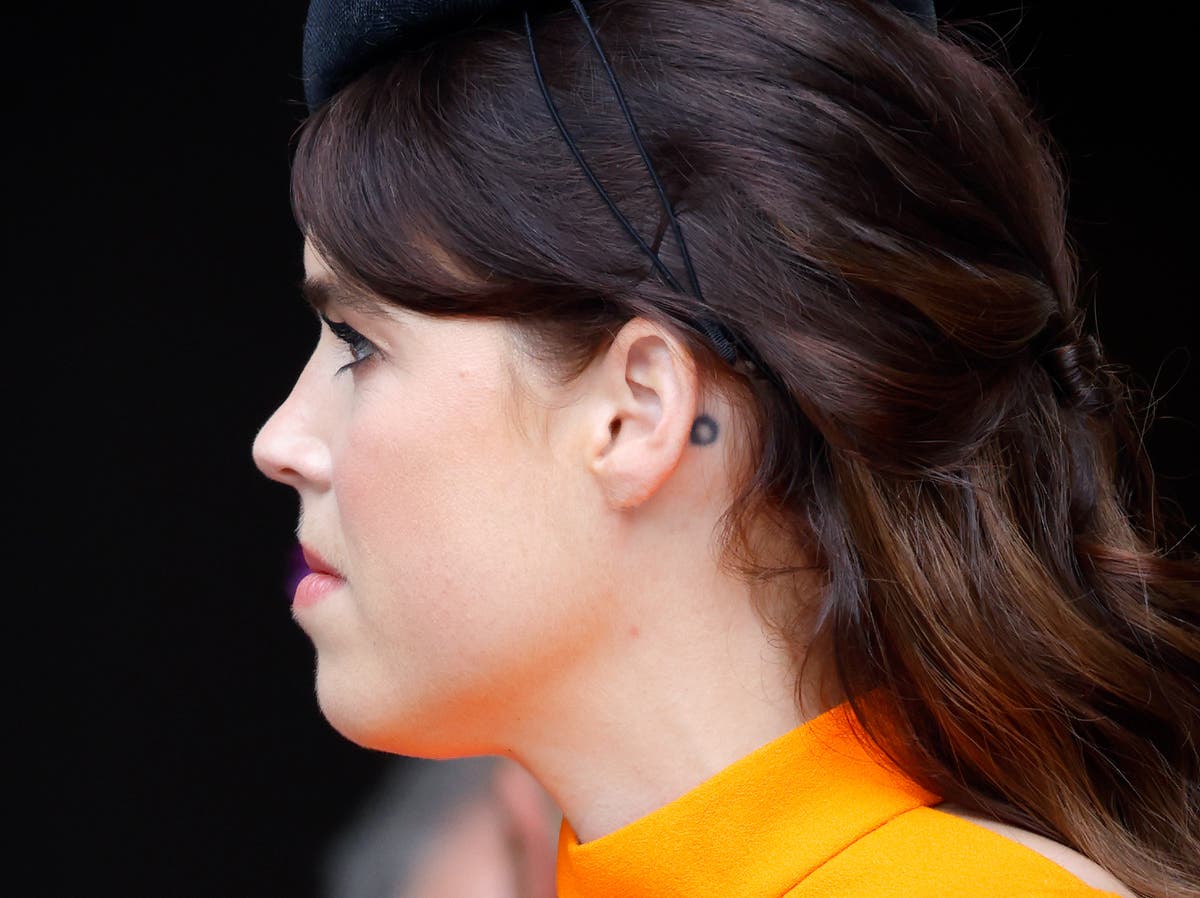 Princess Eugenie has revealed that she has a new tattoo.

The inking came to light in photographs taken at the service of thanksgiving held on Friday at St Paul’s Cathedral as part of the platinum jubilee celebrations.

Eugenie, 32, was photographed in a bright orange dress with short sleeves at the event and in one close-up photo, a small black circle could be seen behind her ear.

Eugenie is not the first member of the royal family to get a tattoo.

Lady Amelia Windsor, who is the granddaughter of the Duke of Kent, the Queen’s cousin, has previously been photographed revealing a heart-shaped tattoo on her rib cage and a tiger on her shoulder blade.

Meanwhile, back in 1862, Albert, the Prince of Wales, had a Jerusalem Cross tattooed on his arm on a visit to Isreal.

Two decades later, his son, King George V, had a tattoo of a dragon and a tiger inked on each of his arms on a trip to Japan.

At the service, Eugenie attended with her husband Jack Brooksbank.

On Friday, the Princess shared a touching tribute to her grandmother, the Queen, in honour of her 70th year on the throne.

Why is World Children’s Day celebrated on November 20? History and Significance

On Instagram, she posted a photo of her family waving at the Queen’s platinum jubilee flyover.

Eugenie was pictured standing with Brooksbank, 36, who is holding their one-year-old son August.

The trio were standing on a London rooftop waving to the aircraft, at what appeared to be a jubilee celebration party.

The images posted to Instagram, which include a video of the Red Arrows flying over as cheering can be heard in the background, is captioned: “The most perfect day to celebrate 70 years.”

3 dead, 2 injured in shooting at University of Virginia

Meet the side-hustlers thriving off the Queen’s platinum jubilee