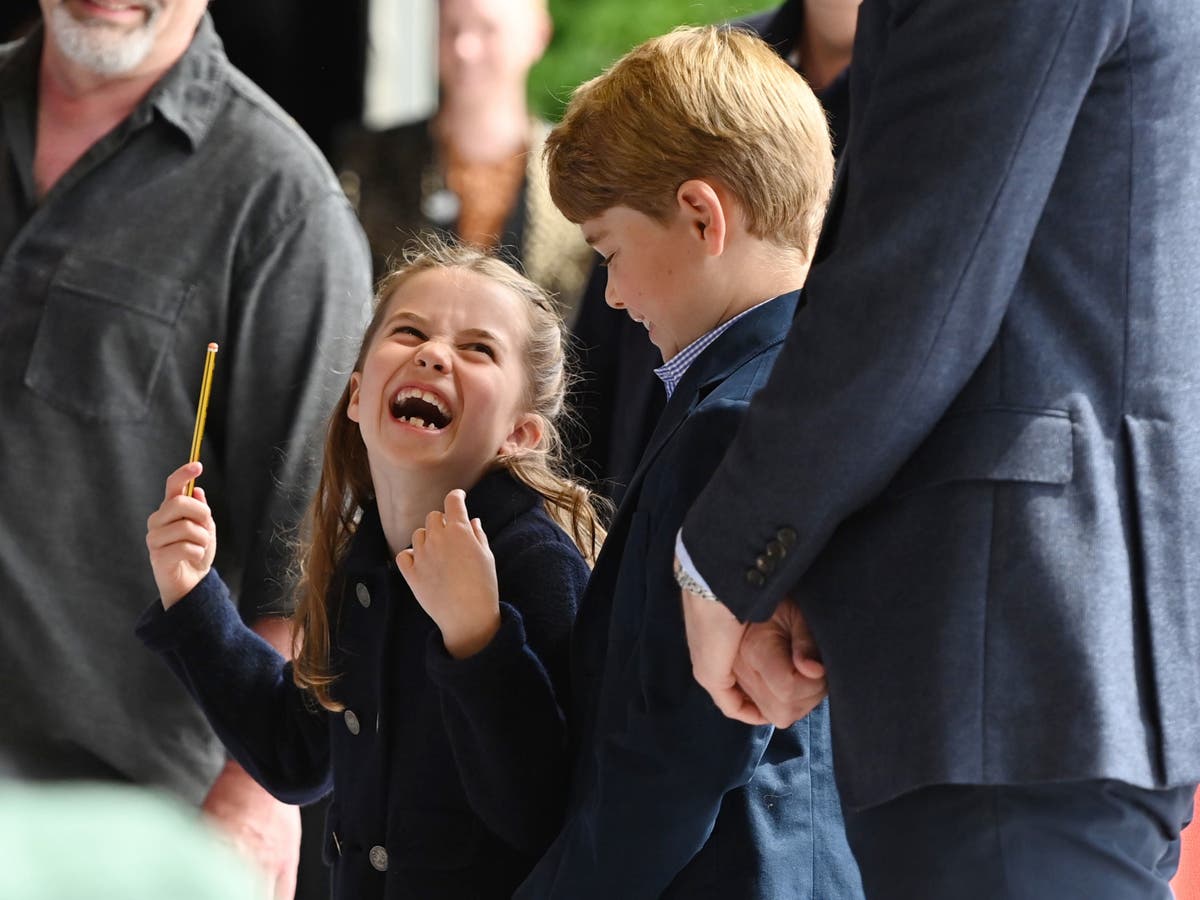 Meet the side-hustlers thriving off the Queen’s platinum jubilee

Fans of Princess Charlotte have been delighted by her playful attempt at conducting an orchestra while on a visit to Cardiff Castle in Wales with her parents, the Duke and Duchess of Cambridge, and older brother, Prince George.

The seven-year-old, who is the second child of Prince William and Kate Middleton, joined her family in her first official visit to Wales for a trip in honour of the Queen’s platinum jubilee.

The family arrived at Cardiff Castle on Saturday afternoon to meet the performers and crew involved in the special Platinum Jubilee Celebration Concert taking place on the castle grounds today.

William and Kate were the first to try their hand at conducting the orchestra with a baton.

In a video, Kate was seen trying to slow the tempo of the orchestra’s rendition of “Sweet Caroline” during her turn, only for both her and William to laugh as the song continued at its usual pace.

After being given the baton, the video shows Charlotte trying to hand it back to her father before he encourages her to give conducting a try.

She smiled and shook her head initially, but then started to wave her hands and the baton as she had just seen her parents do.

She looked up at her older brother and they laughed together as she continued to conduct the orchestra.

Fans of the young princess described the video as “sweet”, with some saying it had brightened their day.

“Love when Princess Charlotte started to conduct the orchestra and she and Prince George laughs, the entire family is so adorable,” one person wrote on Twitter.

Another said: “Gotta give it to William, he was getting into the conductor spirit! Charlotte was so sweet and Kate did a good job too! George is just like, my parents are so embarrassing hahahaha… typical kid.”

The GOP has its most diverse slate of candidates ever, Democrats say it doesn’t matter

However, noting the absence of the Cambridges’ youngest son, Prince Louis, a third person said: “They are lovely but I bet if they brought Louis he would have smashed it.”

Louis was last seen on the balcony of Buckingham Palace on Thursday for the Queen’s birthday parade, Trooping the Colour.

The event marked the start of four days of festivities for the monarch’s platinum jubilee, to celebrate her 70th year on the throne.

Social media users said Louis “stole the show” during the balcony appearance, as he pulled funny faces during the RAF flypast and shared a sweet interaction with his great-grandmother, the Queen.