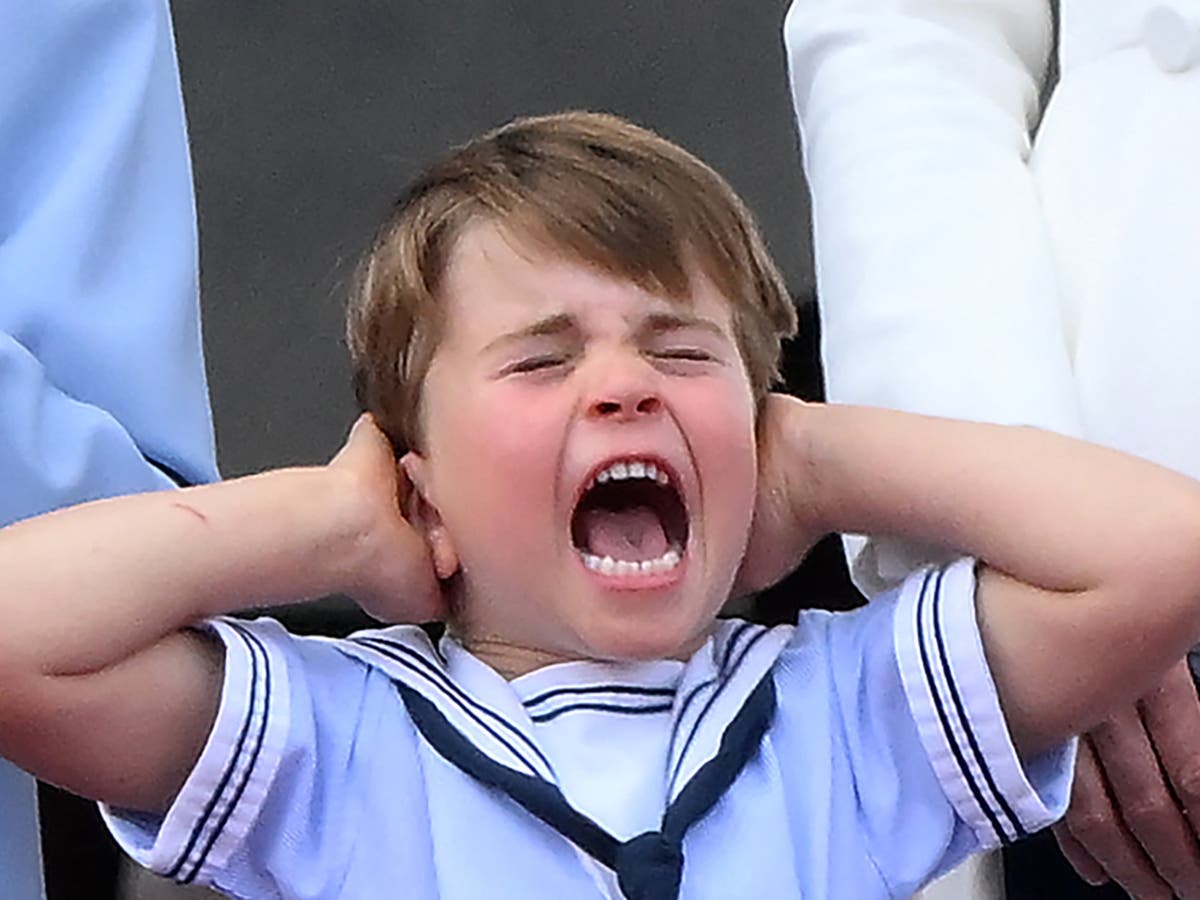 The four-year-old royal, who is the youngest child of Prince William and Kate Middleton, and the younger sibling of Prince George and Princess Charlotte, made his first appearance at the parade today along with his siblings.

Louis, George and Charlotte shared a carriage with their mother Kate and the Duchess of Cornwall during the royal procession.

Louis also stood next to the Queen as working members of the royal family made an appearance on the Buckingham Palace balcony to watch the RAF flypast following the parade.

It was here that social media users noted Louis pulling funny faces and a sweet interaction that happened between him and his great-grandmother, the Queen.

At one point, during the flypast, Louis was shown covering his ears and making a screaming face.

One social media shared the image of Louis and wrote: “Prince Louis, stealing the show!”

Another likened the conversation between Louis and the Queen to one similar to one Her Majesty had with Prince George during Charlotte’s christening in 2015.

“Prince Louis talking with the Queen, right away made me think of the conversation Prince George had with her at Princess Charlotte’s christening,” the user wrote.

“Little Prince Louis chatting his head off to the Queen,” one user wrote, alongside several cry-laugh emoji.

Other users were quick to share more memes of Louis as he enjoyed himself during the ceremony.

Others said Prince Louis was their “favourite” royal after the proceedings today, with one person writing: “Once again Prince Louis earning the title of Boss Baby.”

Earlier during the royal procession, Charlotte was shown putting a stop to Louis’ “enthusiastic” waving.

As Louis was waving to the crowds, his big sister gently placed his hand back on his lap. But it didn’t stop Louis who began waving again a second later.

A High-Drama Gemstone With an Almost Supernatural Iridescence

Monkeypox: Study finds why the virus is becoming ‘smarter’ and contagious | The Times of India