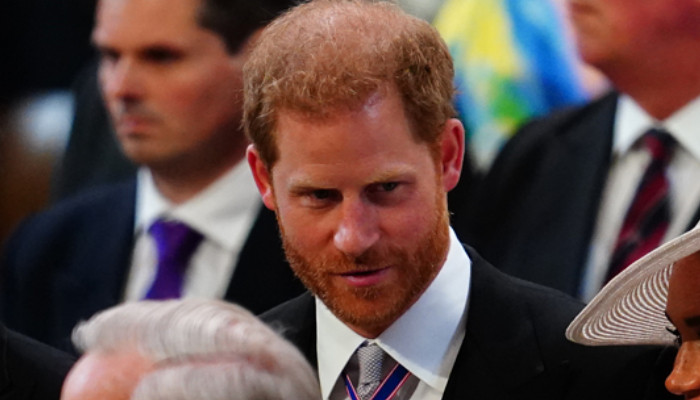 Prince Harry attended his first official royal event in two years on Friday at the St Paul’s Cathedral and according to an expert, appeared ‘anxious’ about being relegated to B-list status in the royal family.

According to James: “Harry’s body language fluctuated but the key theme was inner anxiety.”

“The man who is an A-list star in the US was suddenly relegated to the royal B-list and it did seem to have an understandable effect,” she explained.

James then added: “His self-touch, checking rituals of clothing-patting and straightening announced his levels of inner anxiety and the way he held his head down in a lowered angle suggested humility as he and Meghan listened to the response from the public for the first time.”

She then compared Harry’s body language to his brother, Prince William’s, with whom he is said to be feuding at the moment; the two brothers also avoided each other at Friday’s ceremony.

As per James: “William looked relaxed and chatty on arrival but, like his brother, he showed smaller signs of what looked like inner anxiety, like a muscle that worked away in his jaw and an eye-dart and sucking in of the lips.”

These 25 Face Serums May Replace Your Monthly Facials

“He held his hands clasped in the self-protective ‘fig leaf’ pose on the way to his seat and as he walked past his brother on the way out, he raised his order of service in a barrier ritual that hinted at discomfort as he turned his head slightly in the other direction,” she continued.

James also explained the viral photo of Prince Harry appearing to share a loud laugh with a fellow royal at the cathedral.

“Inside the church Harry did suddenly break out into a couple of ‘fun’ grins when he leaned across and seemed to be doing an open-mouthed smile aimed probably at the Tindall’s. But this more playful look was in such contrast to his subdued behaviour that it also looked as though it could be eruptions of inner tension or nerves,” James said.

The most controversial Wimbledon outfits of all time

What we’ve learned from the House Jan. 6 committee hearings

Akshay to bring back ‘Hera Pheri 3’, ‘Welcome 3,’ and more | The Express Tribune

As a Survivor of Gun Violence, I Know Change Is Possible