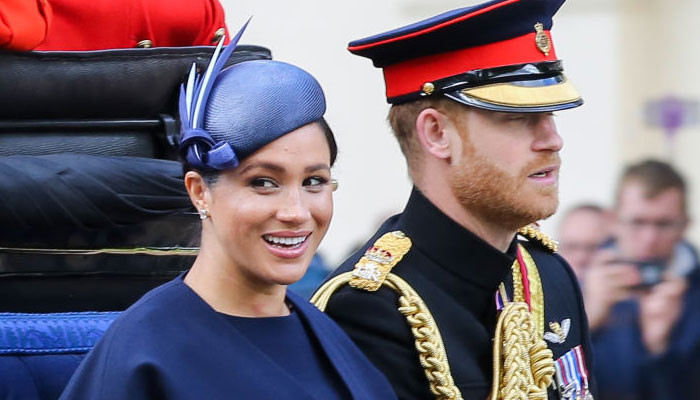 Prince Harry and Meghan Markle will attend Trooping the Colour ceremony as Prince Charles steps in.

Standing half a mile away from Buckingham Palace, Meghan and Harry will watch the show from the Duke of Wellington’s former office.

After two years, both Meghan and Harry will jointly meet the rest of the royal family members, including Duke of Cambridge, Duchess of Cambridge and the Duchess of Cornwall.

Trooping the Colour, featuring 1,500 soldiers and 350 horses returns to London for the first time since the pandemic at the balcony of Horse Guards Palace.

As per Express.co.uk, “Charles, who normally takes part in the ceremony on horseback in his role as Colonel of the Welsh Guards, will take the salute and inspect the troops of the Household Division on the Queen’s behalf.

“The heir to the throne will be joined by Prince William, Colonel of the Irish Guards, and Princess Anne, Colonel of The Blues and Royals, who are also mounted.

Shamed Prince Andrew will not be at the event after his £12million payout against Virginia Giuffre for alleged sexual assault.

What government, media can learn from business according to Edelman CEO: ‘Do your job’

Gold rallies near 3.5-month peak on flight to safety

Tributes pour in for