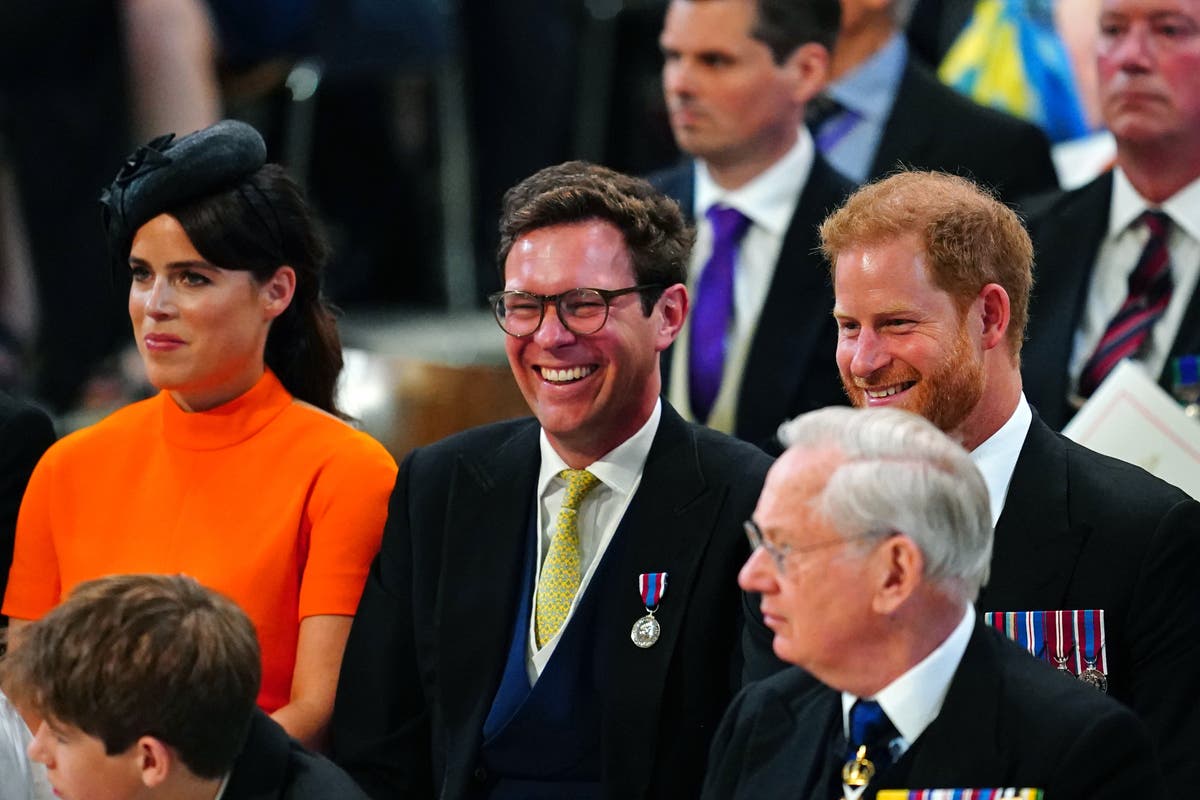 Mouth-Watering Suji Manchurian Recipe That You Must Try In Breakfast

Prince Harry was all smiles inside St Paul’s Cathedral on Friday while attending the Queen’s Platinum Jubilee thanksgiving service.

Members of the royal family gathered inside the cathedral as part of the four-day bank holiday celebrations marking the Queen’s 70th year on the throne. While the 96-year-old monarch was not in attendance after experiencing “some discomfort” during Thursday’s celebrations, the Duke and Duchess of Sussex made their return for their first royal engagement since they left the UK.

Prince Harry and his wife Meghan Markle were seated in the second row from the front, alongside royal cousins Princesses Eugenie and Beatrice and their respective husbands, Jack Brooksbank and Edo Mapelli Mozzi. Seated on the opposite aisle were the Duke and Duchess of Cambridge.

The duke, 37, was spotted laughing with Brooksbank, 36, ahead of the thanksgiving service and even Princess Eugenie grinned as the two shared a joke. In another photograph, Prince Harry and his cousin Beatrice were seen swapping expressions with other royals – most likely Zara and Mike Tindall – seated across the aisle.

Earlier this year, Princess Eugenie became the first member of the royal family to visit the duke and duchess at their home in California after the couple stepped down from royal duties in 2020. The cousins have a close relationship, Eugenie having recently attended the Super Bowl LVI with Prince Harry and dining together in Santa Barbara.

In addition to a close relationship with Harry, Eugenie is also friends with the Duchess of Sussex, who she knew before Meghan married into the royal family. During the couple’s March 2021 interview with Oprah Winfrey, Meghan explained that she had known Eugenie before knowing Harry, and that the two are “friends with them as a couple.”

In an appearance on The Ellen DeGeneres Show in November 2021, Meghan revealed that Harry, Eugenie and Jack had visited her in Toronto in the early days of their relationship. She eplained how the group had “snuck out” in Halloween costumes to have “one fun night on the town before it was out in the world that we [Harry and Meghan] were a couple”.

As Platinum Jubilee celebrations continue, the duke and duchess are reportedly staying at their former residence – Frogmore Cottage – during their time in the UK, along with their two children. The Windsor home is where the couple lived before stepping down from royal duties, and last month they extended the lease on a 12-month rolling arrangement, The Sun newspaper reported.

Earlier this week, Meghan and Harry arrived in the UK for the weekend’s platinum jubilee celebrations with their children, three-year-old Archie and 11-month-old Lilibet. The couple made a brief appearance on Thursday during the Trooping the Colours parade, as they watched from the Major General’s Office and played with the young royals in attendance.

The couple’s visit to the UK marks the first time the Queen will be meeting her 11th great-grandchild. Lilibet, who’s name was inspired by Queen Elizabeth, will turn one on Saturday.

At the announcement of her birth last year, Princess Eugenie took to her Instagram story to send well wishes to Harry and Meghan: “Congratulations dear cousins … we couldn’t be happier for you all.”

The Best Gifts for Fitness Enthusiasts

Assets Worth Rs 33,422 Crore Monetised By Government In FY23

RBI Expected To Hike Repo Rate By 0.40% Next Week: Report