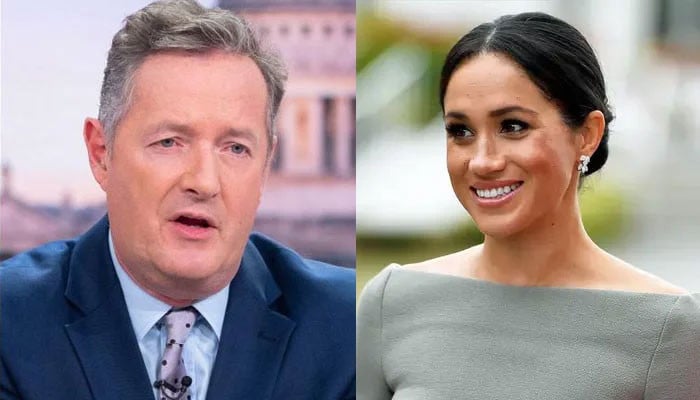 Piers Morgan took a swipe at Meghan Markle after launching a bizarre meme against the duchess.

“Is this when Aunty Meghan arrived?” quipped the TV personality.

Netizens, who did not like his ‘unhealthy infatuation with the Duchess of Sussex, asked the host to ‘let go’ of Meghan.

One went on to urge him to “stop projecting his obsession”.

Fed’s Daly: Do not want to tip economy into downturn

He spoke to the New York Post and said: “The huge reaction to my tweet perfectly summarises public opinion to the Duke and Duchess of Sussex. Most people laughed because they are now global laughing stocks after their hypocritical money-grabbing, royal-bashing antics.”

The journalist continued on to say: “Meghan and Harry’s dwindling number of humourless, deluded woke fans were triggered into fury, yet again, because they genuinely believe the Sussexes are the world’s biggest victims.”

Amber Heard has the most attractive face, says science | The Express Tribune

‘The Fall of the House of Usher’ series on Netflix: cast list, release date, and more details inside