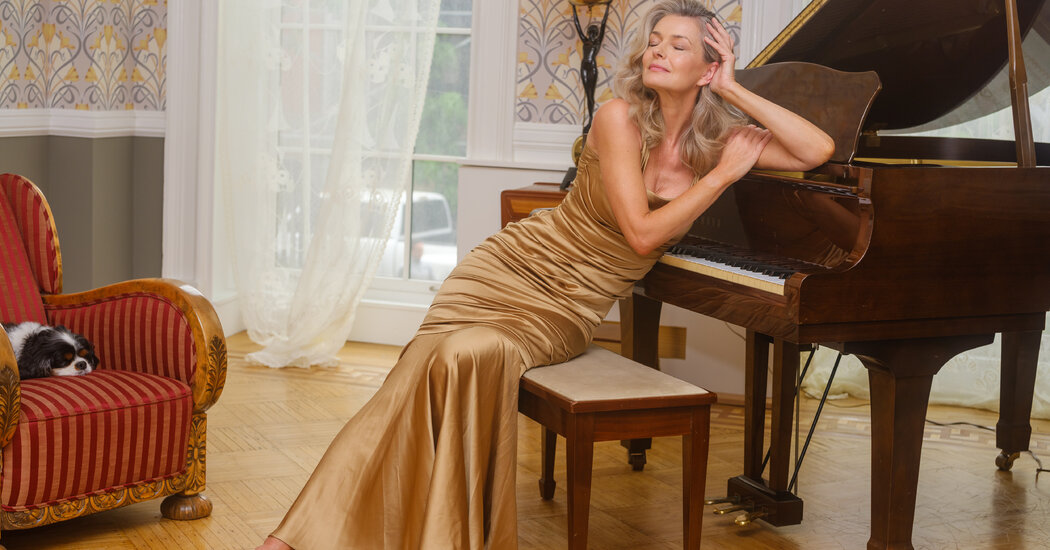 This interview has been edited and condensed.

Your book is called “No Filter.” You’re going to be transparent, straightforward.

I’ve carried so much shame through my life. For everything. For being pretty, or not pretty enough. For having money when I didn’t deserve that much money. For not being the child my parents wanted. Everything in my life, I’ve been ashamed of. My husband was also full of shame. But he erected barriers. He clad himself in armor. And while we were married, I was learning from him. I did the same thing. I was the kid and he was the grown-up. So, I was like, ‘Oh this is how you deal with it — you just wall it out.’ It didn’t get better, only worse. You let shame sit in that dark corner and it grows mushrooms all over the place.

In the book, you talk about Ric and his self-protection and defensiveness. In your chapter “Occupied,” you draw a fascinating parallel between politics and emotional truth. You describe growing up under Soviet occupation, being trained to revere the Soviets, rat out your neighbors, to obey. It was indoctrinated into you to obey and revere an occupier. And this, you say in the essay’s conclusion, familiarized you with being controlled, with being with someone controlling. “My marriage was a sort of occupation,” you write. Looking at what’s happening in our country and around the world, do you think about the connection between shame and defensiveness and occupation and politics?

I have sort of a very simplistic view of politics because I am not deeply knowledgeable of them. And I feel they, like religion, are a way to impose rules on us. So I attend to politics when it’s directly related to me as a woman or my children. I think you’re giving me too much credit for making this connection.

But you made that political connection in your essay — between the occupying army and Ric.

Yes, but that was a pretty specific thought process. I was in Israel and jet lagged out of my mind. I was there for a wedding for my godson. And I had three months to write this book.

Three months? How is that possible?

Well, I guess I’m still standing and the book is out, so it’s possible! I was working every single day from the time I woke up until the time my brain crashed seven or eight hours later. I am in Israel, everybody is going out having a great time visiting Jerusalem, and I’m stuck in the ugly hotel room, writing, writing, writing. And news of Ukraine came in. And to me, it was so deeply personal to see. I might get overly emotional also partly because today is my husband’s death day. I might cry even when I might not normally cry. But I did cry when I saw the news of the Russians rolling into Ukraine. It just brought up all those emotions of my childhood.

Sen. Barrasso slams Dems for proposing ‘cardinal sins’ when economy is in a ‘dire situation’

Diwali 2022: Inside Kriti Sanon’s Festivities With Varun Dhawan, Vicky Kaushal And Others