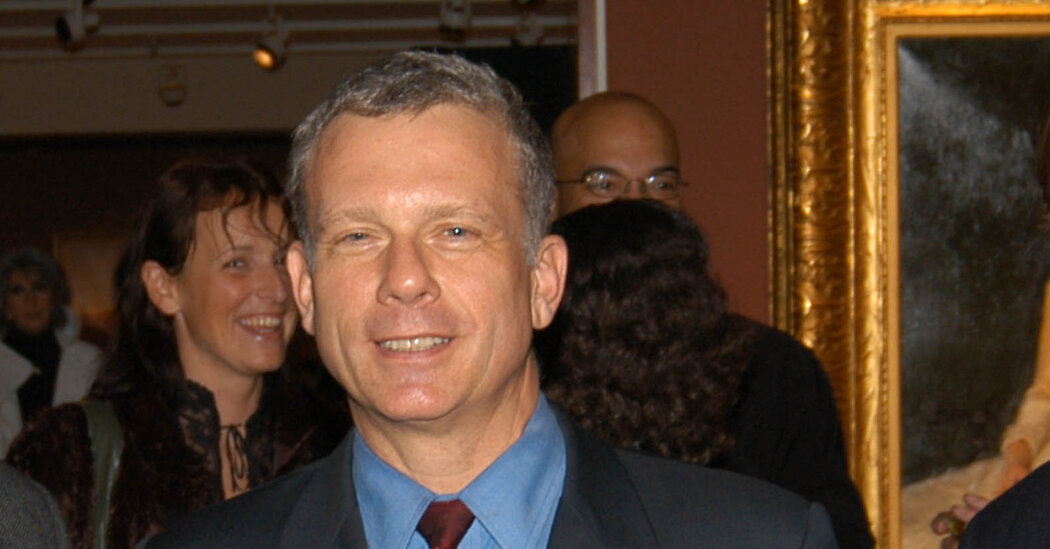 Paul Gunther, an impassioned and trenchant champion of the arts and architecture in New York’s nonprofit preservation organizations, died on Sunday in Manhattan. He was 65.

His death, in a hospital, was confirmed by his longtime partner, Joel Sanders, an architect and a professor at the Yale School of Architecture. The cause was injuries sustained six days earlier from what the authorities said was an attempted suicide.

Mr. Gunther held influential but relatively low-profile and unheralded positions in the rarefied arts world, but his impact on New York City’s quotidian culture was profound.

He helped preserve New York’s neglected public monuments and its overlooked heritage at two museums, and worked to guarantee that the redeveloped Times Square would retain its incandescent display advertising, sparing the area from devolving into just another cheerless complex of office towers.

Until earlier this year, Mr. Gunther was the executive director of the Gracie Mansion Conservancy, a nonprofit corporation created to preserve and vitalize the 18th-century former country retreat on Manhattan’s Upper East Side that doubles as the official residence of New York City’s mayors and a public museum and gallery.

“He was humble, he spoke his mind,” said Ms. McCray, who enlisted Mr. Gunther to fulfill her commitment to broadening the mansion’s programming. She added, “Every exhibit in Gracie Mansion was about all of New York, not just about the folks who had lived there.”

“As development director of those nonprofits he was transformative in the way he not only brought them fiscal strength and security but helped them define and refine their mission and their work,” said Randall Bourscheidt, a friend and former colleague who was deputy commissioner of cultural affairs under Mayor Edward I. Koch and later the president of the nonprofit Alliance for the Arts.

Paul William Gunther was born on Oct. 24, 1956, in Rochester, N.Y. His father, Kenneth W. Gunther, was a physicist and an inventor at what became Xerox Corp. His mother, Nancy (Burrows) Gunther, was the town clerk of Penfield, N.Y., outside Rochester.

In addition to Professor Sanders, the principal of JSA/MIXdesign, an architecture and design studio in New York, Mr. Gunther is survived by his mother and a sister, Laurie Gunther Fellows.

He graduated from Yale University with a bachelor’s degree in art history in 1978 and attended Jesus College at Oxford University for a semester under the auspices of the English Speaking Union.

He went on to work for New York City’s cultural affairs commissioner, Henry Geldzahler, as his special assistant during the Koch administration, from 1978 to 1981. From 1982 to 1986 he was vice president of George Trescher Associates, the fund-raising firm for some of New York’s top charities and companies.

“He became instantly a New Yorker,” said Kent L Barwick, the former president of the Municipal Art Society. “He was contemptuous about people who didn’t treat the city with the respect it deserved.”

Beginning in 1987, Mr. Gunther — along with the city’s Parks and Recreation Department, the Art Commission and another organizer, Phyllis Samitz Cohen — was instrumental in establishing a Municipal Art Society effort to seek private funders to support public monuments and murals that the city could no longer afford to maintain. Among other projects, the group raised $275,000 to restore the statue of Columbus in Columbus Circle in Manhattan and $40,250 to repair Lincoln’s statue in Prospect Park in Brooklyn.

“He was at the heart of everything the Municipal Art Society did in those days,” Mr. Barwick said.

One thing it did was make sure that the city’s much-ballyhooed upgrading of Times Square required developers to continue to festoon even new buildings with the sort of spectacular signage that had distinguished the Great White Way for a century.

10 ways to improve your health and beauty regimen

When the New-York Historical Society could barely pay its utility bills and its museum and library were in a moribund state, said Betsy Gotbaum, who was recruited to rescue the institution as its president, Mr. Gunther “was one of the reasons we were able to save it.”

“He had brilliant ideas, things that you would never think of,” she said.

Mr. Gunther was the author, with Gay Giordano, of two books: “New York Living: Reinventing Home” (2018) and “Illusion in Design: New Trends in Architecture and Interiors” (2022).

In April, he was named executive director of the Osyterponds Historical Society in Orient, N.Y, on Long Island’s North Fork.

Mr. Gunther was complicated, “aware of his own shortcomings and everyone else’s, and self-deprecating,” Mr. Barwick said. “Apparently,” he added, “the self-deprecation got the best of him.”

David W. Dunlap, a friend and a former reporter for The New York Times, once said of Mr. Gunther that “having a conversation with Paul can be as exhilarating as navigating hairpin turns through a mountain pass in a finely tuned roadster.”

He added, “Erudition is only one way in which Paul — whose own lifetime fits into the last half of the 20th century — seems to embody some of the best qualities of the 19th.”

Vogue ‘does not intend’ to work with Kanye West again

How to create an Ayurvedic skin care routine? – Times of India

Review: In ‘A Kid Like Rishi,’ Hazy Uncertainty Shrouds a Teen’s Killing