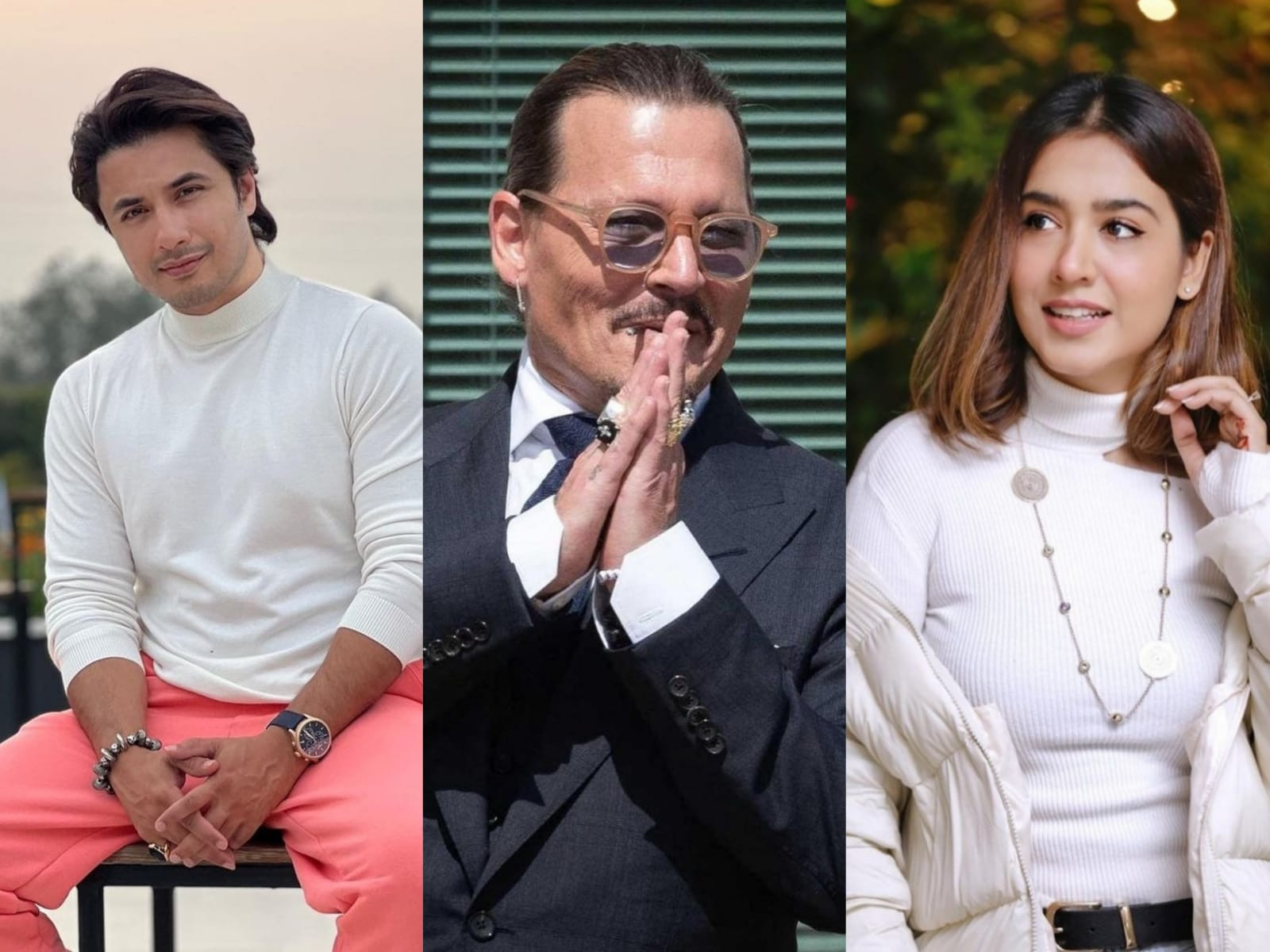 After examining the explicit and graphic evidence of verbal, emotional and sexual abuse put forward by both parties for weeks, the jury ruled in favour of Depp after due deliberation. It declared Heard guilty of defaming her ex-husband in an op-ed published in The Washington Post in 2018.

But while Depp won the case, the Virginia jury in some aspects ruled in favour of Heard as well, given she had counter-suit Depp. For damages, the jury awarded Depp $15 million from Heard, which the judge reduced to $10.35 million to comply with state limits on punitive damages, while the panel awarded Heard $2 million.

Depp and Heard’s soured relationship became a spectacle for everyone to watch on television. Many considered Depp’s win a historic moment, noting that #Mentoo can be victims of abuse, although he has only won the defamation suit. Celebrating the near-total victory, actors and singers, who were following the trial, took to their social media handles to raise a toast to Depp.

Khaani actor Sana Javed shared a photo of the Pirates of the Caribbean star Depp, announcing his win.

Actor Mansha Pasha’s month had a good start with the win. She took to Twitter and wrote, “Abuse has no gender. June off to a good start.”

While actor Armeena Khan shared that she is “happy for victims of DV (Domestic Violence) everywhere,” she also added that she did not like the “vibe, misogynistic abuse (online)” directed towards Heard during the trial. “I read some truly despicable things” she wrote.

But what I really disliked was the vile, misogynistic abuse (online) directed at Amber, I read some truly despicable things.

Even a true empath could only understand a small percentage of what Johnny Depp must’ve gone through. The truth remains that no verdict or amount of money can bring him back 6 prime years of his life. The art he could’ve produced. Smiles he could’ve brought. #JohnnyDepp https://t.co/374b2dlMGN

Retweeting a fan edit of him and Depp, Zafar wrote, “Even a true empath could only understand a small percentage of what Johnny Depp must’ve gone through.” According to the Jhoom singer, no verdict or amount of money can “bring him (Depp) back 6 prime years of his life, the art he could’ve produced and smiles he could’ve brought.”

While many rejoice the news, actor Osman Khalid Butt did not appreciate the very public trial. Agreeing with Stanford Law professor Michele Dauber, Butt quoted her and called the trial, “the single worst decision I can think of in the context of intimate partner violence and sexual violence in recent history.”

Stanford Law professor Michele Dauber called the decision to telecast the Depp/Heard trial “the single worst decision I can think of in the context of intimate partner violence and sexual violence in recent history.”

Bernard Cribbins, British Actor Known for ‘Doctor Who,’ Is Dead at 93

Win or not, Jemima Goldsmith, the ex-wife of former prime minister Imran Khan, also took to Twitter with a sage advice. In her opinion, Depp should “waive off Amber Heard’s damages” considering that it was never about the money and urge “trolls to stand down and wish her well.”

I wish Johnny Depp would now give a statement waiving all Amber Heard’s damages, saying it was never about the money, urge the trolls to stand down & wish her well.

Depp, the 58-year-old Fantastic Beasts star sued Heard for $50 million and argued that she defamed him when she called herself “a public figure representing domestic abuse” in The Washington Post opinion piece. Heard, 36, countersued for $100 million, saying Depp smeared her when his lawyer called her accusations a “hoax”.

Depp and Heard met in 2011 while filming The Rum Diary and wed in February 2015. Their divorce was finalised about two years later.

T+1 Settlement Cycle For All Futures And Options Stocks From January: Stock Exchanges

What is the Autumn Equinox?

Smaller, cheaper, and more democratic: The future of the British monarchy

Dementia: THESE changes can act as early predictors of brain decline | The Times of India