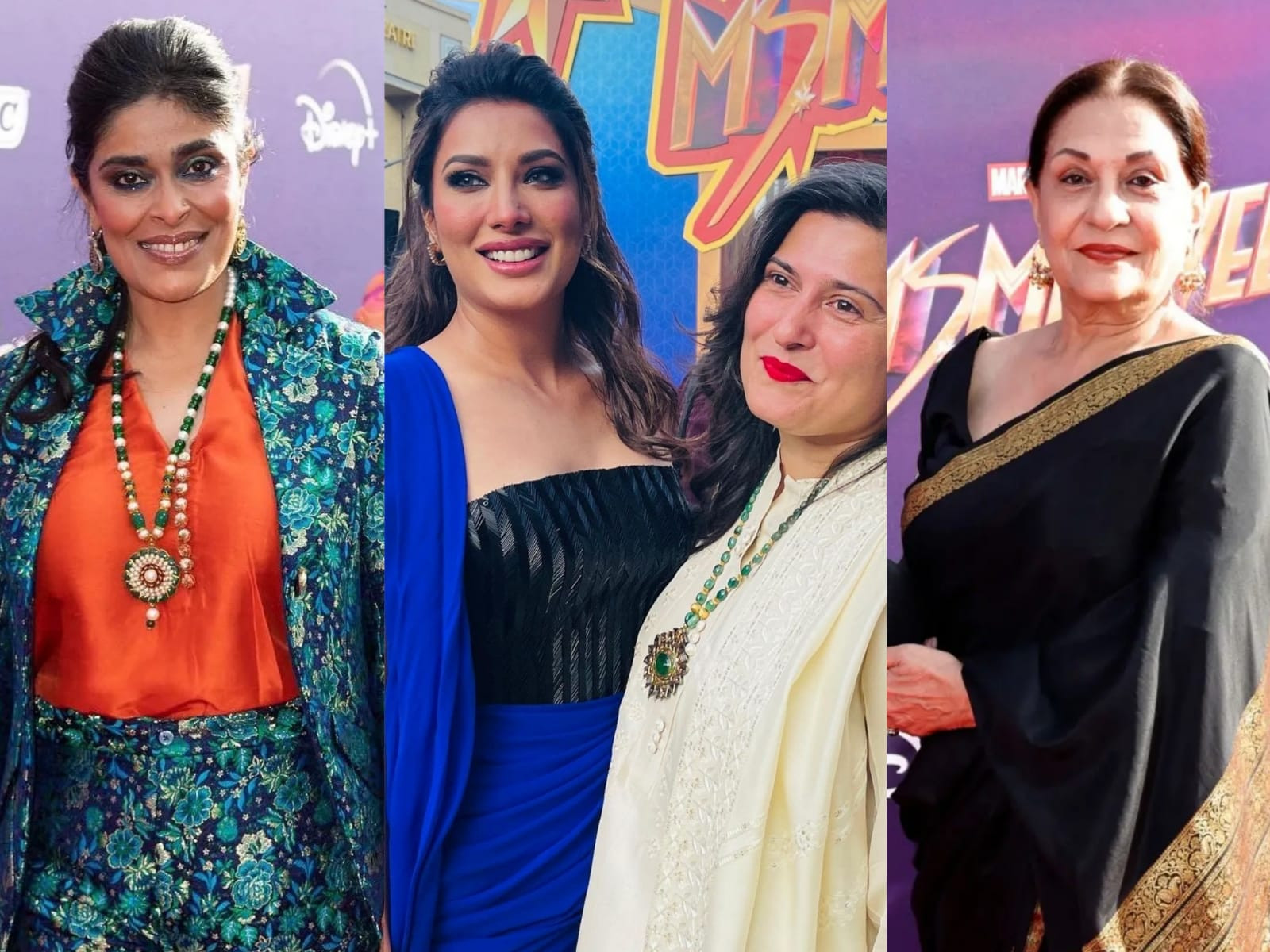 An Artist Comfortable in Any Medium, Even Lithium

The Ms Marvel television series has been all the rage world over. Its premiere launch on June 2, 2022, in Los Angeles was attended by a bevy of bigwigs from Pakistan’s entertainment industry. Also starring in the MCU series, the celebrities in attendance included Mehwish Hayat, Nimra Bucha, Vardah Aziz, Samina Ahmed and Saagar Shaikh. One of series’ directors Sharmeen Obaid-Chinoy also graced the event.

The series also features American-Pakistani Iman Vellani as Ms Marvel, Kamala Khan – the first Pakistani Marvel superhero. Sharmeen took to her Instagram Stories to share her feelings of gratitude on the day of the premiere, “June 2: Ms Marvel premiers in LA – if you had told a girl from Karachi growing up in the 1990s that she would one day be in Hollywood, she would never believe you”.

She continued, speaking about her journey, “But 20 years ago, in May 2002, someone opened a door for me in New York – then more doors were opened and mentors along the way encouraged me to tell the stories I wanted to tell”.

The filmmaker and two-time Academy Award winner also acknowledged the fellow Pakistanis who have worked with her on the project. “And today so many of us will walk the red carpet. Sana Amanat, Bisha Ali, Iman Vellani, Nimra Bucha, Mehwish Hayat, Samina Ahmed and Vardah Aziz – women of Pakistani descent who have always followed their dreams and have continued to tell their stories that matter to them,” she penned on the photo-sharing platform.

Marking this as a day going down in the history of Pakistani cinema, Sharmeen stated, “I will be celebrating this historic day when the world meets Kamala Khan – a super hero we all believe in. So much to be proud of today – thank you Marvel Studios for giving us the platform to tell a story that is so close to our heart – we cannot wait to share Kamala Khan with the rest of the world!”

A Rapper’s Delight: Hip-Hop Memorabilia Goes Up for Auction

The six-episode series will make its debut in Pakistani cinemas on June 16, with the first two episodes combined into a feature length presentation. We can’t wait to watch it!

Mouth-Watering Suji Manchurian Recipe That You Must Try In Breakfast

An Artist Comfortable in Any Medium, Even Lithium