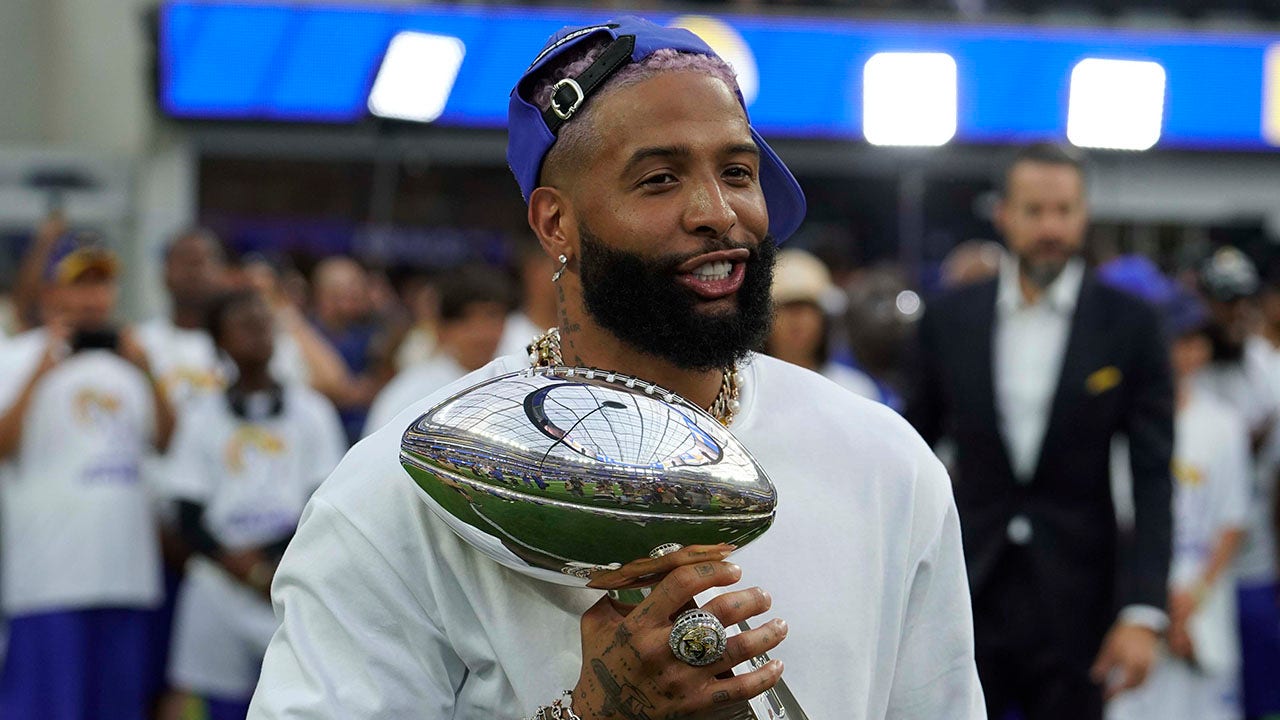 Benefits of Lauki Juice for Skin and Hair

The NFL’s most intriguing free agent, wide receiver Odell Beckham Jr., is stirring up more speculation as to where he will end up following today’s NFL slate.

Before the games began, a report surfaced that Beckham has narrowed down his landing spots to two teams: His former New York Giants and their NFC East rival, the Dallas Cowboys. He will be meeting with both teams after Thanksgiving, according to NFL.com.

Those teams had completely different results in their Week 11 games, as the Giants were upset by the Detroit Lions at home while the Cowboys destroyed the Minnesota Vikings to snap their seven-game win streak.

Wide receiver Odell Beckham Jr. #3 of the Los Angeles Rams runs off of the field after defeating the Baltimore Ravens at M&amp;T Bank Stadium on January 02, 2022, in Baltimore, Maryland.
(Patrick Smith/Getty Images)

Just after the 40-3 victory ended for Dallas, Beckham tweeted “They went krazy today” with a looking eyes emoji, which stirred the pot on social media. Several current Cowboys decided to use it as a recruiting tool.

First, it was Micah Parsons, who had two more sacks during the win, doing his best to bring the offensive weapon to Dallas. He replied with some looking eyes emojis, saying “come on then!”

Then, fellow defensive lineman Demarcus Lawrence had this to say: “They Sure did. Make the right decision.”

Former Pittsburgh Steeler and current NFL analyst Ryan Clark also said his piece on the Cowboys’ current offensive setup, which has averaged 39 points over its last three games. He believes that the Cowboys’ top receiver, CeeDee Lamb, proved himself in the win over the Vikings, saying Lamb “must’ve heard Jerry Jones and all this [Beckham] talk. He’s trying to let the Boys know if we get O we got two number 1’s. I like it.”

Beckham responded, saying “HE BEEEN A 1 thooo!!! Nobody can change that.” So it seems the veteran wideout would understand his role in the offense if he signs there.

Odell Beckham Jr. #3 of the Los Angeles Rams warms up prior to the NFL Super Bowl LVI football game against the Cincinnati Bengals at SoFi Stadium on February 13, 2022, in Inglewood, California.
(Cooper Neill/Getty Images)

However, the Beckham sweepstakes isn’t all one-sided. His former Giants teammate, Charles James II, asked if Beckham will be “celebrating on the star” soon. Here’s how he responded this time.

“I miss @saquon,” Beckham wrote with some zippered mouth emojis, which basically says his lips are sealed.

Beckham has been seen hanging out with Saquon Barkley and Sterling Shepard, two Giants teammates who came up with him as their “big brother” in New York.

Barkley has also commented recently on the Cowboys tweeting at Beckham, saying he doesn’t need social media if he wants to recruit his friend.

“I don’t have to tweet at him” New York Giants running back Barkley told reporters Friday.

Odell Beckham Jr. #13 and Saquon Barkley #26 of the New York Giants during their game against the Carolina Panthers at Bank of America Stadium on October 7, 2018, in Charlotte, North Carolina. The Panthers won 33-31.
(Grant Halverson/Getty Images)

Hayden Panettiere says relinquishing custody of her daughter was ‘heartbreaking’

If Beckham wants a bigger role in an offense, the Giants are in desperate need of a productive wide receiver for quarterback Daniel Jones, especially as the team fears Wan’Dale Robinson might have suffered a serious knee injury in the 31-18 loss to Detroit. Shepard was also lost for the season with an ACL injury.

Beckham tore his ACL in the Super Bowl with the Los Angeles Rams, which he’s been recovering from since his surgery to repair it. He was happy to see the MetLife Stadium turf will be changed to artificial grass in 2023 after ripping it following Shepard’s injury.

Odell Beckham Jr. of the Rams with the Vince Lombarbi Trophy during an NFL game between the Los Angeles Rams and the Buffalo Bills on September 08, 2022, at SoFi Stadium in Inglewood, CA.
(Icon Sportswire)

“Just get rid of it all the fkngether bro. Billions made off this game I can’t understand why we can’t play on grass,” Shepard’s ex-teammate Beckham tweeted. “That shxt is rough. Prayers up for my brother. Shxt just hurt my heart.”

Last season with the Rams, Beckham caught 27 passes for 305 yards and five touchdowns. He was drafted No. 12 overall in 2014 by the New York Giants. He received Rookie of the Year honors after his first season in East Rutherford.

Scott Thompson is a sports writer for Fox News Digital.

Aayush Sharma’s Anniversary Post For Wife Arpita: “8 Years Of You Surviving My Bad Sense Of Humour”

Inside the CFDA Awards With the Kardashians, Drake and More

How to watch ‘Knives Out’ ahead of Netflix ‘Glass Onion: A Knives Out Mystery’