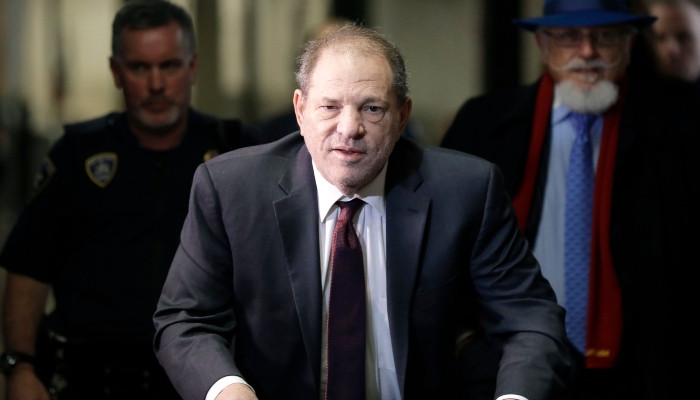 A New York appeals court upheld the 2020 rape and sexual-assault conviction of the infamous Hollywood filmmaker Harvey Weinstein in a case that sparked the #MeToo movement.

The court denied Weinstein’s appeal bid in his New York sex crimes case after issuing a unanimous ruling on Thursday.

The five-judge appellate panel rejected Weinstein’s claims that he was denied a fair trial because the judge made errors, including allowing the jury to hear evidence about uncharged sexual assaults from other accusers.

“[W]e reject defendant’s arguments, and affirm the conviction in all respects,” the court said in its 45-page ruling.

“We perceive no basis for reducing the sentence, and we have considered defendant’s remaining arguments and find them unavailing,” the court added.

What makes Patrick Mahomes and Josh Allen so hard to stop?

In March 2020, Weinstein, 70, was sentenced to 23-year in prison for raping an aspiring actress and a criminal sexual act, involving sexually abusing a TV and film production assistant.

Durga Puja 2022: Guide To Prepare A Full Course Meal For The Festivity

Black Friday fitness deals: Save up to $150 on Theragun, plus sales on Peloton, Bowflex and more

Live updates: Uruguay vs South Korea and other World Cup news and highlights