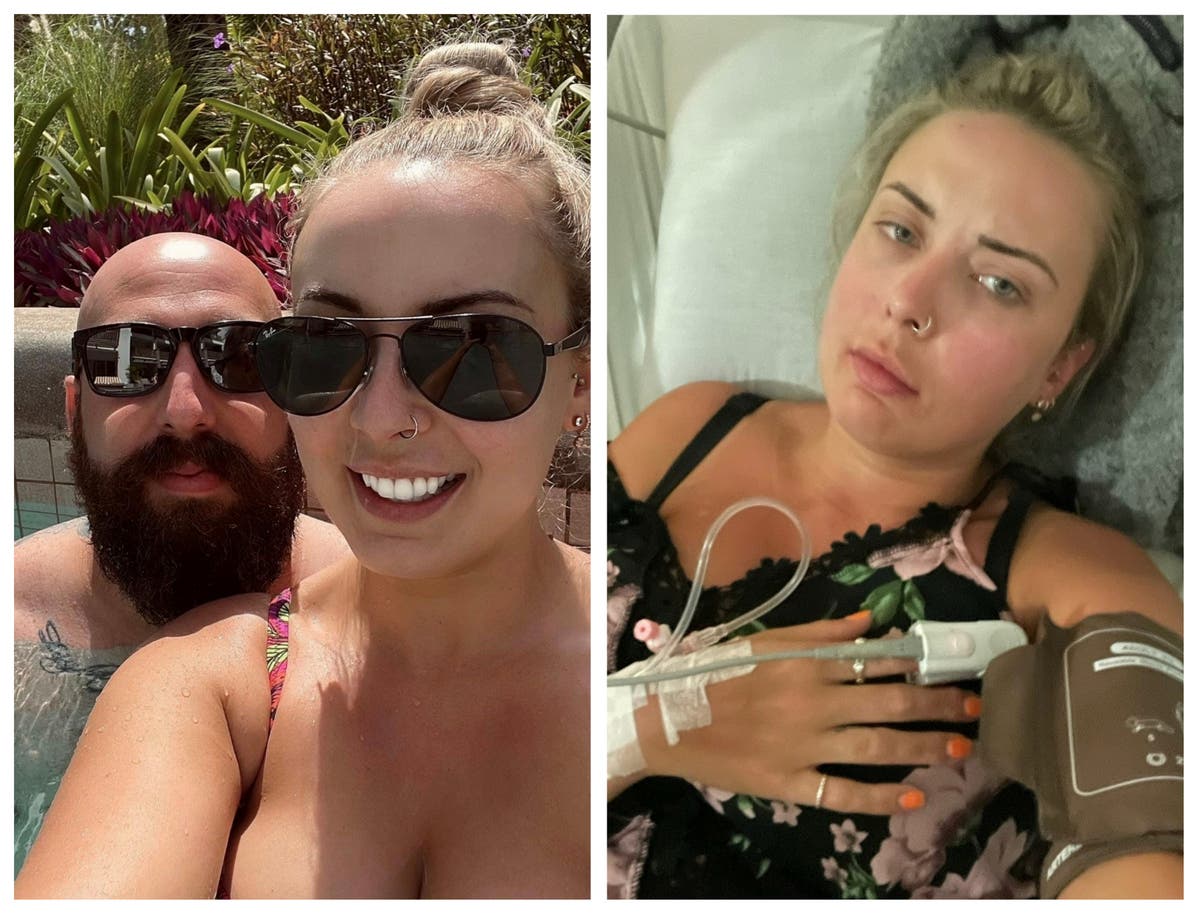 A bride stung by one of the world’s most venemous fish while on her honeymoon has still not recovered after two months.

Amy Thompson, 27, was enjoying her two-week honeymoon with new husband Callum Thomson, 37, in September this year in Mauritius.

But disaster struck while the newlyweds were on a snorkelling trip and Amy decided to take a dip to cool down.

As she was putting her sea shoes on, she was apparently assured that there was nothing dangerous in the water, so she wouldn’t need them.

Amy, a hairdresser from Lymington, Hampshire, took the advice and went into the water, where she was stung by a stonefish – one of the most venemous in the world.

Describing it as the most “intense” pain she’d ever felt in her life, Amy went with Callum to the hotel dotor, who sent her to the nearest hospital.

After hospital treatments costing £1,800 and eight weeks later, Amy is still suffering from symptoms and desperately searching for a cure.

“The rest of the honeymoon I was bandaged up I couldn’t do anything, I was just chilling by the pool,” she said of the aftermath.

“What should have been an amazing honeymoon was spoilt from that point.”

She said she realised “straight away” that something had happened after stepping on the fish, but thought it was coral.

“I came straight back to the shore, when I was at the shore that is when I honestly have never had that much pain in my life,” she said. “I looked at my foot and it had already doubled in size, it was all swollen, I looked underneath my foot and it had gone all blue and white.”

“I stayed over in the hospital that night where I received anti-venom for the sting, I had fluids, morphine and later that night I had an incision down my foot where they squeezed the venom out.”

She and Callum remained on their honeymoon until 30 September, when they flew back to the UK.

“On the flight home my foot blew up like a balloon and I am still suffering now,” she said. “My toe won’t stop weeping and I have been on antibiotics since I have been home.

“There is still no solution for it, I feel really down from it all because I am still suffering. All because when I was putting my shoes on all that guy had to do was not say anything and let me crack on and put them on.”

When Thailand King abducted his own daughter: Read On

Paris Hilton says she was sexually abused while at boarding school

His story/Her story: “My wife thinks I am a loser” – Times of India