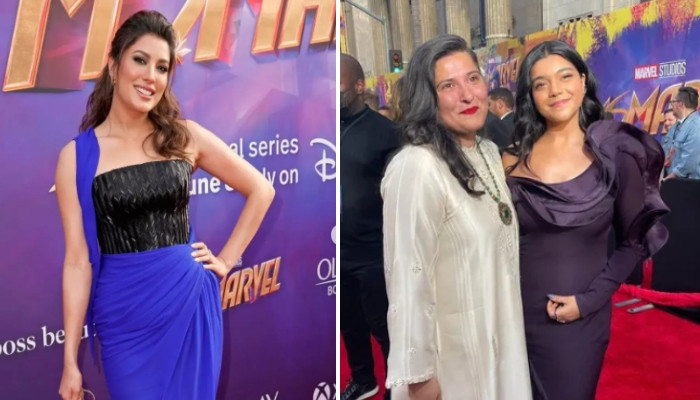 The premiere of the much-anticipated series, Ms. Marvel was held on Thursday evening at Los Angeles, USA.

The cast and crew members of the series, which is the first series in Marvel franchise about a Muslim superhero, arrived in style at the El Captain Theatre in L.A.

While the makers remained tight-lipped on Hayat and Ahmed’s participation and character in the series, their pictures from the glamorous night took the internet by storm.

Ahmed, on the other hand, donned a black and antique gold silk sari. She completed her look with traditional earrings and a classic black clutch.

While both of the ladies were not seen in the trailer or in the official cast line-up of the series, but were photographed with the rest of the cast at the premiere.

Tell Me What I Don’t Want to Hear

Dear Katrina Kaif, “This Is Just The Beginning”- Here’s Vicky Kaushal In A Beard