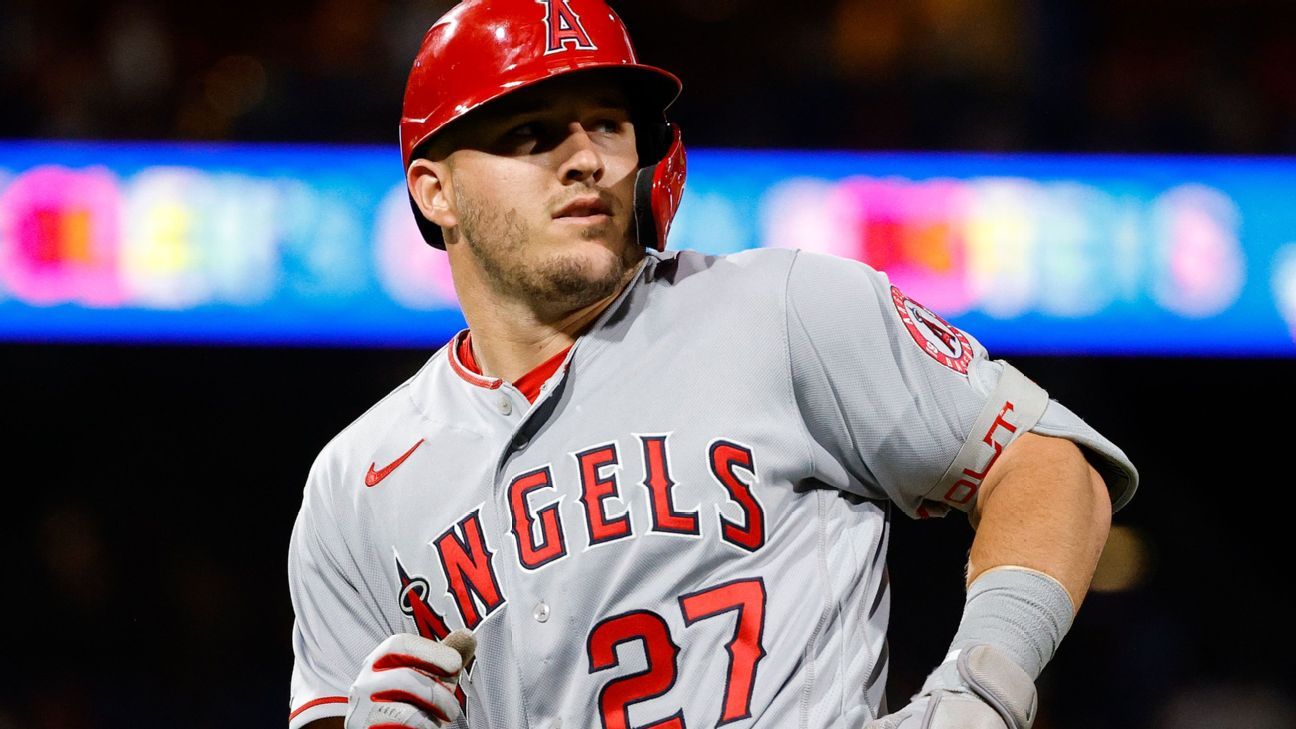 PHILADELPHIA — Mike Trout flailed at strike three in the dirt his final at-bat and a most miserable game was complete. The three-time AL MVP whiffed three times and went 0-for-4 in the Angels‘ latest loss to extend his hitless streak to a career-worst 0-for-23.

Trout’s Angels managed seven hits but again struggled to make them count in a 7-2 loss to the Phillies on Saturday night at Citizens Bank Park.

“I’m just trying to get into a good position to hit,” Trout said. “And right now, I’m not.”

He’s not alone in struggling on a Los Angeles team muddling through their longest losing streak in almost six years.

Zack Wheeler struck out nine over six solid innings and Johan Camargo had four RBIs to pace the Philadelphia victory. But postgame talk centered on Trout and the Angels, who fell to their 10th straight defeat.

Trout’s previous worst stretch was 0-for-21 in May 2018, and he struck out three times in a game for the fifth time this season.

The Angels, swept by the New York Yankees before arriving in Philadelphia, are on their worst losing streak since they dropped 11 straight Aug. 4-15, 2016. Five straight losses have come on the current road trip.

“We’re just not hitting,” Angels manager Joe Maddon said. “We can’t cover any of our mistakes. You have to be able to cover a bad lie every once in a while. We’re not able to do that right now.”

The Angels, whom Maddon termed “hard to watch” after their loss Friday, have dropped 14 of 17 games overall and played nothing like the team that started 24-13 and was tied for first in the AL West on May 15. The Angels have scored only four runs over the past four games.

The Associated Press contributed to this report.

The Costume Designer at the Center of the Universes

Parents! Note THESE 3 mistakes that can raise narcissistic kids | The Times of India