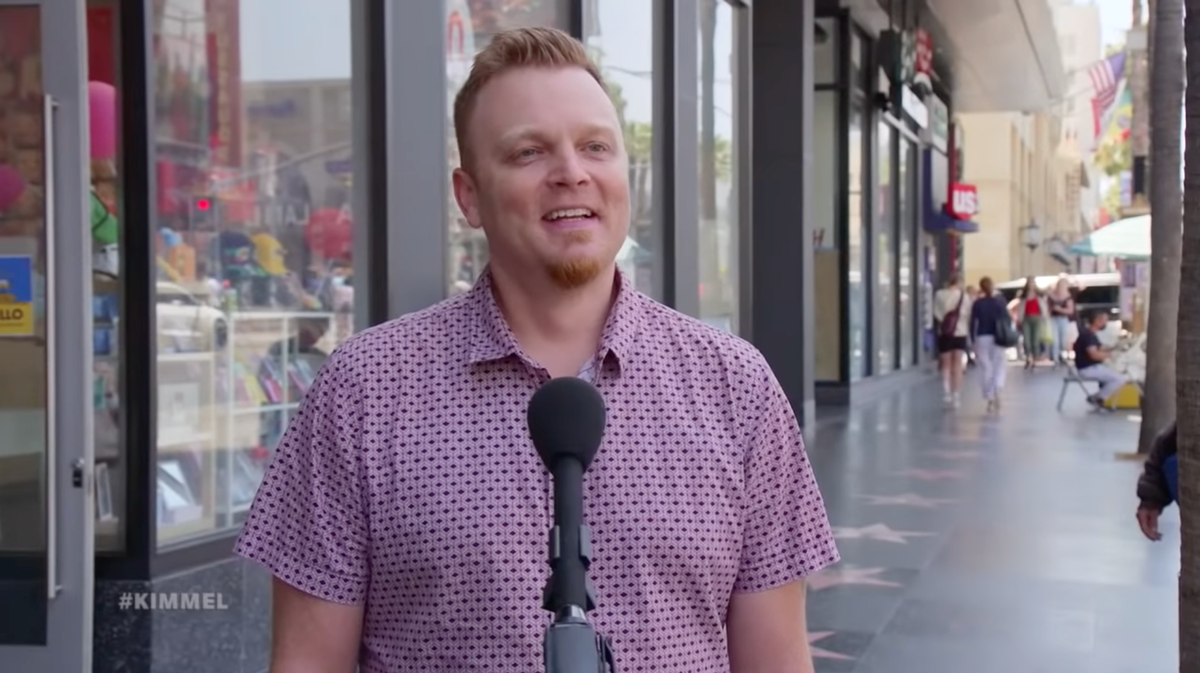 In the latest “Lie Witness News” segment on Jimmy Kimmel Live, men on the street were interviewed about their thoughts on Roe v Wade. Only, these men believed that the landmark court case that legalised abortion in the United States was actually an MMA fight.

“This weekend was the big MMA heavyweight fight Roe v Wade. Describe that fight for us,” the interviewer asked men as they walked the streets of Los Angeles.

One man declared Wade as his preferred champion in the fight because he’s ruthless, while another described how Wade hit Roe right in the kisser.

These men appeared to be clueless about the actual Roe v Wade – the future of which is uncertain as a Supreme Court decision on the case won’t be reached until this summer.

Last month, a draft opinion written by conservative Justice Samuel Alito was leaked and published by Politico, which suggested that the court will “return the issue of abortion” to the jurisdiction of state representatives.

If the Supreme Court overturns the landmark ruling that enshrined abortion rights across the country, women will be forced to carry unwanted pregnancies to term unless they can travel to a state where abortion is legal under state law, or risk undergoing an illegal procedure outside of licensed medical facilities.

A recent poll found that nearly 70 per cent of Americans support abortion rights backed by Roe v Wade, even if this fake news segment proved there are some men who would rather pay attention to an MMA fight.

Ironically, one man was asked whether he thought the judges in the Roe v Wade match were out of touch. He responded, “I think the judges are kind of out of touch. If you’ve never been in a fight in your life then you can’t really determine what’s going on in a fight.”

Another man was asked what women are saying about the Roe v Wade fight: “I don’t know, women don’t really talk to me that much.”

Schezwan Sauce: You Can Pair This Fiery Dish With Momos, Noodles And A Lot More

China doubles down on zero-COVID after reopening rumours boosted markets

Amanda Holden poses up for sweet snap with ‘lookalike’ daughters

Weston-super-Mare’s See Monster: the good and the bad of pop-up attractions

Weight loss story: “ I drank a glass of healthy smoothie before lunch and did cardio, strength training to lose 27 kilos” | The Times of India