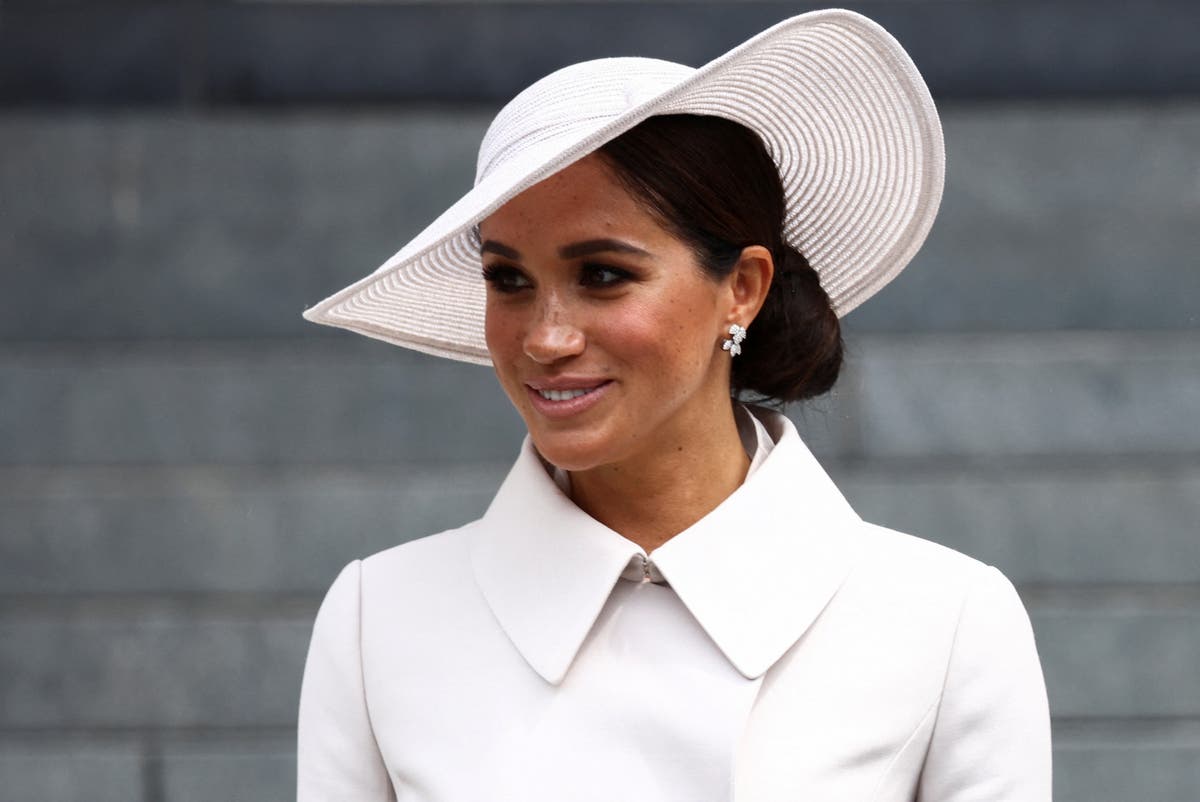 What Are the Best No-Show Socks?

Meghan Markle’s go-to hairdresser, George Northwood, has praised her three-year-old son, Archie, and 11-month-old daughter, Lilibet, as he worked with Duchess of Sussex for the Queen’s Platinum Jubilee.

This week, Markle and her husband, Prince Harry, arrived in the UK for Queen Elizabeth II’s four day bank holiday celebrations in honour of her 70th year on the throne.

Before attending the Service of Thanksgiving at St Paul’s Cathedral on Friday, the couple reunited with Northwood, who appeared to have styled their hair for the event, as he shared photos of their final looks on Instagram.

For the occasion, Markle wore a white trench coat, skirt, and matching hat, designed by Dior, and had her hair in an updo, while her husband wore a purple tie ad black suit adorned with military medals.

Northwood also expressed how nice it was to see the royal family again in the caption of his Instagram post, as he gave a shout out to Archie and Lilibet, who turns one on 4 June.

“So nostalgic and wonderful to be reunited [with] Harry, Meghan and their family in the UK. Archie has grown to be the cutest, well mannered little boy and Lilibet is just beautiful,” he wrote in the caption, along with a red heart emoji.

Fans in the comments applauded Northwood’s small update about the children, as well as his work on Prince Harry and Markle’s hair.

“Great job. She looks amazing. And thanks for the update on Archie and Lilibet,” one wrote.

“Meghan looks stunningly beautiful!!! I also want to highlight how well you cut/groom and shape-up Harry’s hair. I love your work on Harry and Meghan!,” another wrote.

A third Instagram user added: “You did amazing = PERFECTION.”

Northwood’s post came after it was reported that the Queen met Lilibet for the first time on Thursday. According to royal commentator Omid Scobie, co-author of the Duke and Duchess of Sussex’s biography Finding Freedom, the Queen had be “looking forward” to meeting her great-granddaughter for a while.

“Those moments with Lilibet are very much private between them and the Queen and of course we know how much she’s been looking forward to it,” he said on BBC Breakfast on Friday. “They’ve been held back by a pandemic. Of course the times that Harry has been here it’s just been by himself for quite sombre occasions. And so this really was the first time.”

Although Lilibet and Archie didn’t make an appearance, Prince Harry and Markle attended the Trooping the Colour parade on Thursday.

The couple made their second royal appearance at the Service of Thanksgiving at St Paul’s Cathedral on Friday, marking the first time in two years that the Sussexes and the Cambridges have been publicly seen together at the same royal event. During the special service, Prince Harry and Markle sat on the opposite side of the cathedral to Prince William and Kate Middleton.

As reported by Buckingham Palace, the 96-year-old Queen pulled out of attending Friday’s event, as she was feeling “some discomfort” on Thursday. Her son, Prince Andrew, also missed the service, as he tested positive for Covid-19.

The palace later announced that Queen would not be attending the Epsom Derby on Saturday either, but is expected to watch the horse race on television, as her daughter, Princess Royal, will be taking her place.

For Centuries, Her Art Was Forgotten, or Credited to Men. No More.

How to Spend a Perfect Weekend in Santa Cruz

Bill Walker, Nashville Force as Conductor and Arranger, Dies at 95