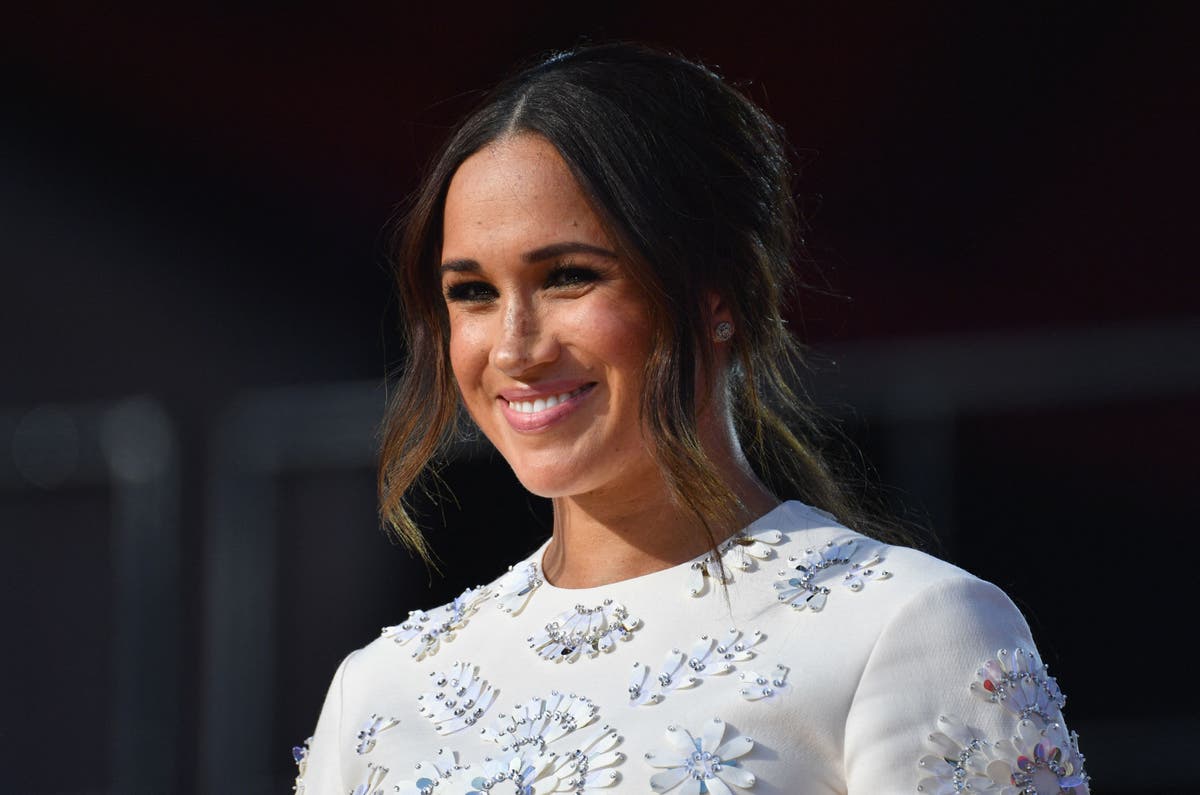 As the royals emerge on the Buckingham Palace balcony, it’s the ultimate photo op.

Meghan Markle has made a brief appearance at the Queen’s platinum jubilee celebrations in London today.

The Duchess of Sussex was accompanied by husband, Prince Harry, as they watched the Trooping the Colours parade from the Major General’s Office.

Towards the end of the parade, she was seen wearing an off-the-shoulder navy blue dress which she paired with a large, white hat accessoried thought to be designed by British milliner Stephen Jones.

The mother-of-two doted on Peter Phillips’ daughters Savannah, 11, and Isla, 10, and Mike and Zara Tindall’s girls Mia, eight, and Lena, three, as the military display went on.

In pictured obtained by the Daily Mail, she playfully shushed the young royals as they overlooked the Horse Guards Parade.

Meghan and Harry arrived in the UK this week for the weekend’s celebrations with their children, three-year-old Archie and 11-month-old Lilibet.

Lilibet, who’s name was inspired by Queen Elizabeth, will turn one on Saturday.

Since stepping down from the royal family in 2020, the Duke and Duchess of Sussex have been living in the US meaning this was Meghan’s first royal apperance in two years.

Prince Harry last visited in July 2021 for the unveiling of a statue of his late mother, Princess Diana, at Kensington Palace in London.

FUTTIES Brazil Cup Objectives in FIFA 22: How to Complete, Full List of Rewards

In May this year, Buckingham Palace announced that only working members of the royal family would be present on the main balcony which is why the Duke and Duchess watched the parade from the Major General’s Office.

The couple are expected to stay in the UK for the duration of the jubilee celebrations at their old home of Frogmore Cottage.

This will be the first time their daughter, Lilibet, is visiting the UK.

ICYMI: Kim Sharma Wished “Soulmate” Leander Paes On His Birthday Like This

The 70 Best Christmas Gifts for Mom to Unwrap This Year

The Buddhist and Taoist influences that underpin the Star Wars universe