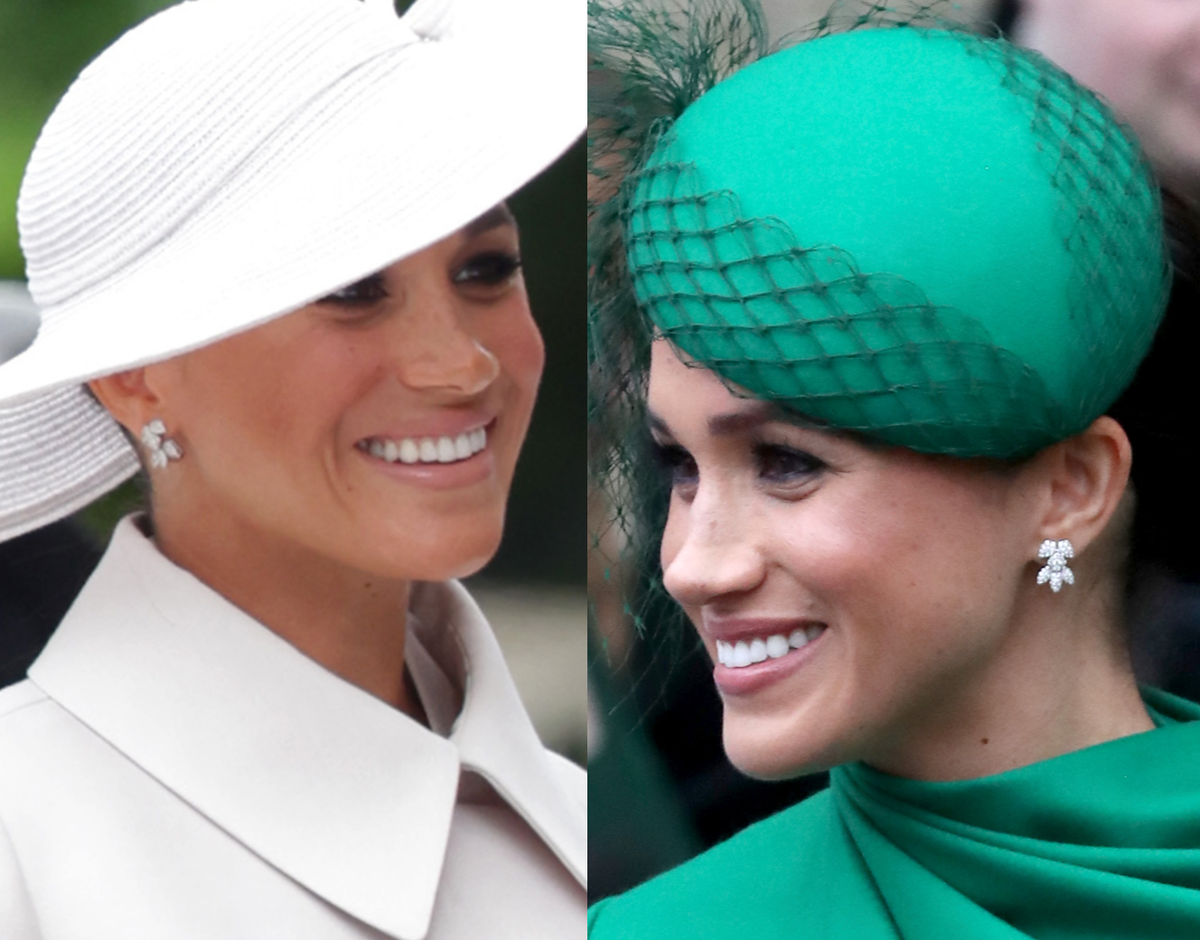 Meghan Markle has been praised for her outfit at the Queen’s Platinum Jubilee celebration this week, as she donned the same pair of silver earrings she wore in 2020 for her final royal event.

Markle and her husband, Prince Harry, arrived at the Service of Thanksgiving at St Paul’s Cathedral on Friday, along with other members of the royal family, as part of the bank holiday celebrations to mark the Queen’s 70th year on the throne.

For the occasion, the Duchess of Sussex wore a white trench coat and skirt designed by Dior, a matching hat designed by Dior’s Stephen Jones, and had her hair in an updo. For accessories, she had a pair of white gloves and shoes.

She then completed the look with her pair of the Snowflake Snowstorm earring by Birks, which she had worn over two years ago at the Commonwealth Day Service.

The March 2020 event also marked her and Prince Harry’s final royal engagement before stepping down from their roles as senior working royals and moving to the US. At the occasion, Markle had paired the silver earrings with a green dress and matching hat. She carried a black purse in her hand and wore nude-coloured heels.

Throughout this week, which marks her first royal appearance since 2020, Markle has appeared to have revisited another one of her iconic looks.

At the Trooping the Colour parade on Thursday, she wore an off-the-shoulder navy dress and white hat with a bow on it. After the event, fans began to speculate if that dress was the same outfit, designed by Roland Mouret, that she wore in 2018, ahead of her wedding.

Fans also applauded her white hat, which had sold out of stores only a few hours after her first Platinum Jubilee appearance.

5 Tips on How To Deal With Stress During Exams

The Service of Thanksgiving was Markle and her husband’s second royal appearance during the jubilee celebrations, after arriving in the UK with their three-year-old son, Archie, and 11-month-old daughter, Lilibet, who turns one on 4 June.

Markle’s sophisticated outfit at the cathedral has continued to be fawned over on social media, with fans describing it as “understated glamour”.

“This is how you wear a coat dress!,” one person on Twitter wrote, while another said: “Superior in every way.”

Friday’s event marks the first time in two years that the Sussexes and the Cambridges, Prince William and Kate Middleton, have been publicly seen together at the same royal engagement. Prince Harry and Markle sat on the opposite side of the cathedral to the Duke and Duchess of Cambridege during the service.

Sonali Bendre Is All Love For Saree In This Post. See Pics

Inside Hope Ranch, a potential new home for Harry and Meghan