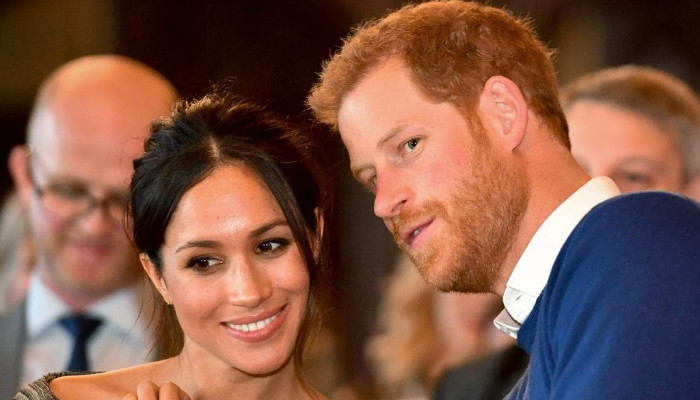 Meghan Markle and Prince Harry are in the UK for the Queen’s Jubilee celebrations and a royal expert seems to think that their appearance with the royals could breathe new life into their waning Hollywood star.

The Duke and Duchess of Sussex landed in the UK late on Wednesday for the Queen’s Platinum Jubilee celebrations, in what marks the first time they return with their two children after relocating to the US in 2020.

Both Prince Harry and Meghan were also spotted at the Buckingham Palace on Thursday as other senior royals engaged in the Platinum Jubilee kick off celebrations, and royal expert Neil Sean thinks their appearance could spell a new lease for them in Hollywood.

Speaking on his YouTube channel, Sean said: “According to very close sources Harry and Meghan really do feel they’ve hit the jackpot, because they’ve had a terrible time of late.”

“All the US magazines – and there are lots of US tabloids on their side – will love the fact that they can replace, reposition with the art of photoshop, to make it look like they were so highly welcomed back into the British monarchy,” Sean commented.

He added: “In the camp of Harry and Meghan, they feel with their team over in America allegedly that this couldn’t have come at a better time. They believe that once they are seen back within the realms of the British monarchy, deals will just come forth and Pearl will just be a distant memory.”

“Brand new multi-million-pound projects will be on the horizon, that’s the deal at least that they’ve been sold,” he concluded.

How Did Steve Keene Make 300,000 Paintings? Lots of Room for Easels.

The Life of Jean Rhys, a Uniquely Brilliant and Thorny Writer

Amid the rubble of war, Vasiliy Lomachenko’s dream survives