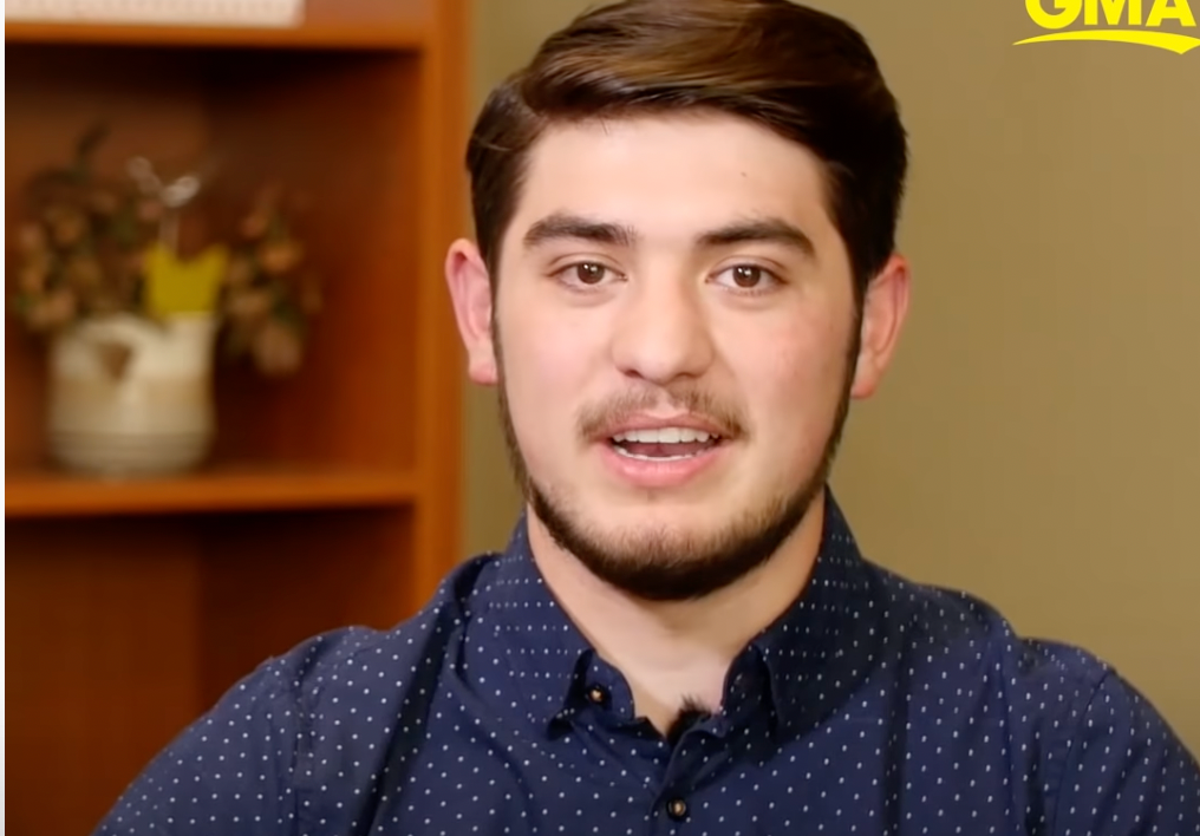 A 20-year-old man based in Utah has revealed how he reunited with his birth mother through a Facebook message and later discovered that they both work at the same hospital.

Benjamin Hulleberg discussed his adoption during a recent interview with Good Morning America, recalling how at a young age, his adoptive parents, Angela and Brian Hulleberg, had told him about his biological mother, Holly Shearer.

“It was always a very positive conversation,” he explained. “It was my parents either expressing gratitude for Holly or me talking about how I’m grateful for her and how I want to meet her one day.”

According to Shearer, although she had put her child up for adoption when she was a teenager, she continued to think about him.

“He was always on my mind. More so on holidays and his birthday, roller coaster of emotions,” she said.

She noted that once Angela and Brian stopped sending letters and photos, and the adoption agency closed in 2014, she found Benjamin’s social media page after three years.

“He was 18 when I found him and I was very hesitant,” she recalled. “He had so much going on in his life. The last thing I wanted to do is to throw a wrench in his life. So I just watched from a distance.”

However, he said that he actually spent years trying to find his biological parents, as he wrote letters, signed up with an adoption registry, and took a DNA test.

Last November, he received message from someone wishing happy birthday. When he asked the person to explain who she was, he discovered that it was his biological mother and it “hit [him] like a load of bricks”.

“I was crying. It was all very positive emotions,” he said. “But to me, this is a day, I had been waiting for the past 20 years of my life and to imagine that it was finally happening was outrageous. It was a lot to take in.”

Shortly after exchanging messages, Shearer said that Benjamin asked to meet “right away,” so they brought both of their families together for dinner. After meeting with Angela and Brian, Shearer then had an emotional reunion with her biological son.

“Benjamin arrived and he walked up and tapped me on the shoulder and joy just overflowed me, and we just sat hugging for about five minutes and crying and it just, I can’t believe that it happened,” she said.

Benjamin had a similar reaction, and explained: “When I saw her, she stood up and she gave me a hug and I cried. I just looked at her and I was like, ‘You’re real, like you’re in front of me.’ And it was surreal.”

“I would definitely say it was a dream come true,” he added. “I’ve said that about things in my life, like ‘Oh, I’m so glad I graduated. It’s a dream come true.’ But this? This was the most true time I’ve ever said it.”

Shearer and Benjamin also discovered that over the last two years, they both worked at HCA Healthcare’s St. Mark’s Hospital in Salt Lake City, as the 20-year-old volunteers at the neonatal intensive care unit and his mother works as a medical assistant at The Heart Centre.

“Every morning, I would come in through the women’s pavilion to come into work,” Shearer. “So I passed right by the NICU every single day. We parked in the same garage, could have been on the same floor, had no idea that we were so close.”

Benjamin noted that since his first time meeting Shearer, he tries to see her once a week and has remained in contact with her children, as they are his half-siblings.

“Being able to sit down with my biological mom and just have coffee and talk before I go on my shift at the NICU? It’s been amazing,” he continued.

Sherer agreed and added: “It’s just exciting. I’m part of his life. Just knowing that his phone number is in my phone and I can call him or text him anytime…It’s amazing. My heart is full.”

Gabriel Byrne Reflects on the End of His Broadway Show, and Tells T a Joke

Giorgia Meloni and the Politics of Power Dressing

Teachers reveal why they quit their jobs in ‘alarming’ trend

Kim Kardashian’s New Skin Care Line Is Not for Quitters