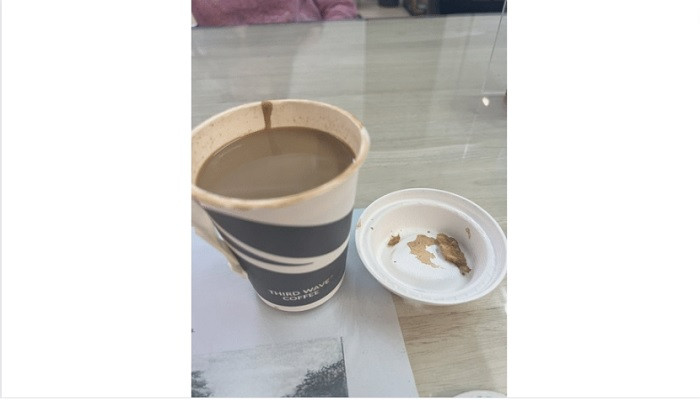 In a bizarre incident in Delhi, India, a man was disappointed to find a piece of chicken in his coffee.

Sumit Saurabh, who calls himself an educationist and is a street photographer in Delhi, shared that he had ordered coffee through a food delivery app.

His wife, who is a vegan, felt something odd while taking a sip of the beverage, reported India Today. She then found some pieces of chicken in the coffee.

“This is too much. One chicken piece in coffee. Pathetic,” his post said.

Sumit also published the conversation between the food delivery service and himself in which he informed the social media users that they had apologised.

Netizens were angry with the services as well and expressed their disappointment.

“Request all vegetarian to avoid ordering through such agency. Either have homely food or get your own parcel,” said another.

Some felt that ordering coffee was not really needed.

Writer Lawrence Wright on what’s next

Copy of what’s believed to be Hunter Biden’s laptop data turned over by repair shop to FBI showed no tampering, analysis says

Harry and Meghan will not attend jubilee concert at Buckingham Palace