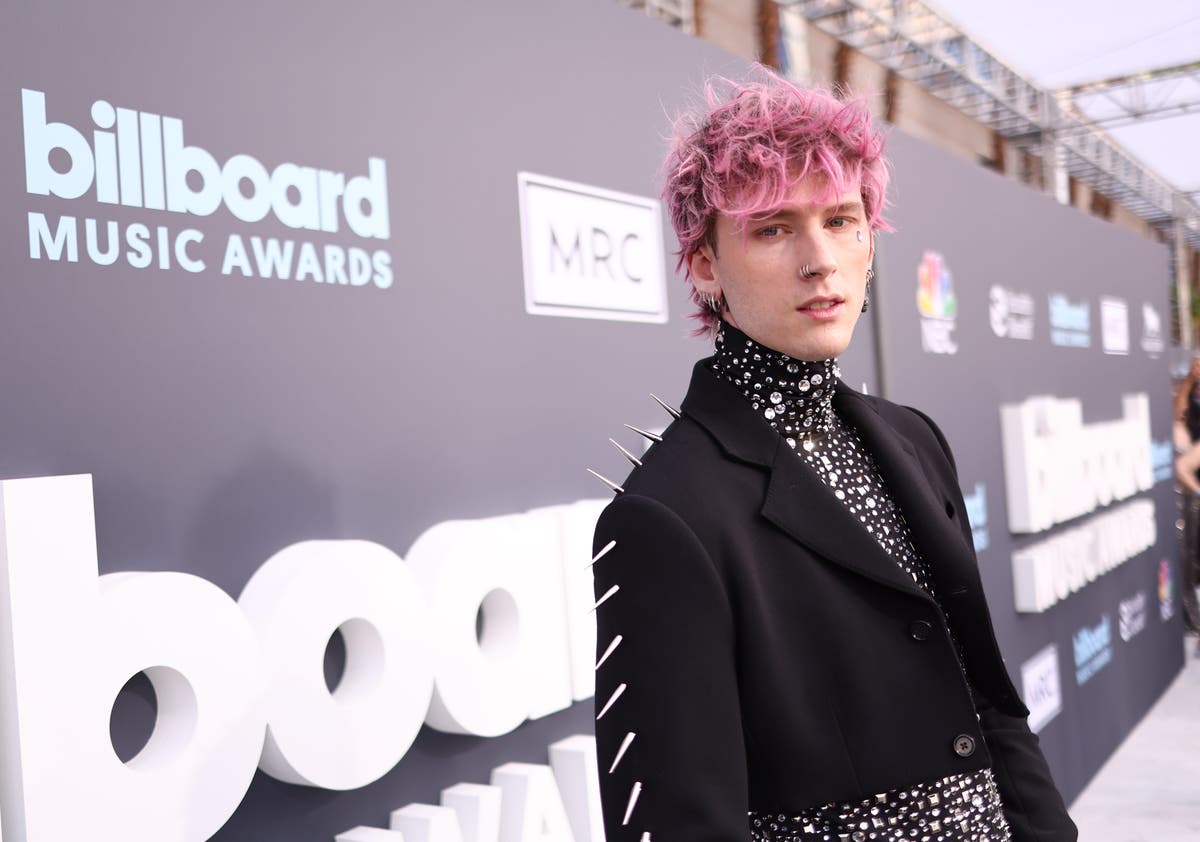 Machine Gun Kelly has officially introduced his mother on social media, almost a year after the pair had reconnected with each other.

In a recent Instagram post, the 32-year-old singer, whose real name is Colson Baker, shared an image of him sitting next to his mother, who had left his family when he was nine-years-old for another man.

In the photo, they could be seen sitting on the floor with their legs crossed, as the singer had his middle fingers up and his mother held up a peace sign.

“Introducing … my mom,” he wrote in the caption, along with a flaming red heart emoji.

Fans in the comments praised their mother and son and congratulated them for forming a relationship with each other again.

“I’m so happy for you i will literally cry,” one person wrote.

“Omg! This is major. Congrats for reconnecting,” another Instagram user said.

A third fan added: “Congratulations my man, seeing your journey over the last ten years is insane. It makes me so happy to see you healing and building a second life for yourself.”

The Instagram post comes almost one year after Kelly shared that he had begun reconnecting with his mother.

“Wild story but after all these years, the fans are responsible for me and my mom finally reconnecting,” he tweeted. “I love you.”

Kelly has previously spoken candidly about his relationship with his mother and how they got back in touch, after she left him and his father, who passed away in July 2020.

While speaking to Genius back in 2015, Kelly discussed his song Story of The Stairs was about his mother. According to Kelly, when she came back into his life, he was already all grown up and didn’t necessarily view her as his parent.

How Kokum Can Help You Lose Weight?

“By the time they come back around, your mind’s like, ‘who the f*** are you?,’” he said. “Cause you’re starting to grow into a man at that point, and like..you don’t remember what the f*** happened when you were a kid.”

“I haven’t seen you as my mom since I was nine-years-old,” he added. “And here I am at 25 like finally confronting it all.”

In 2019, he released the song Burning Memories, which was about his mother, as the lyrics went: “Yeah, this one’s for the mama that I never knew (Never knew), I took acid just to burn all of my memories of you.”

“I guess now I really wanna know the truth,” the song continues. “How’d you leave your only child at nine for another dude?”

The Real Reason the Minions Have Taken Over the World

With ‘Neptune Frost,’ How to Make an Afrofuturist Sci-Fi Musical