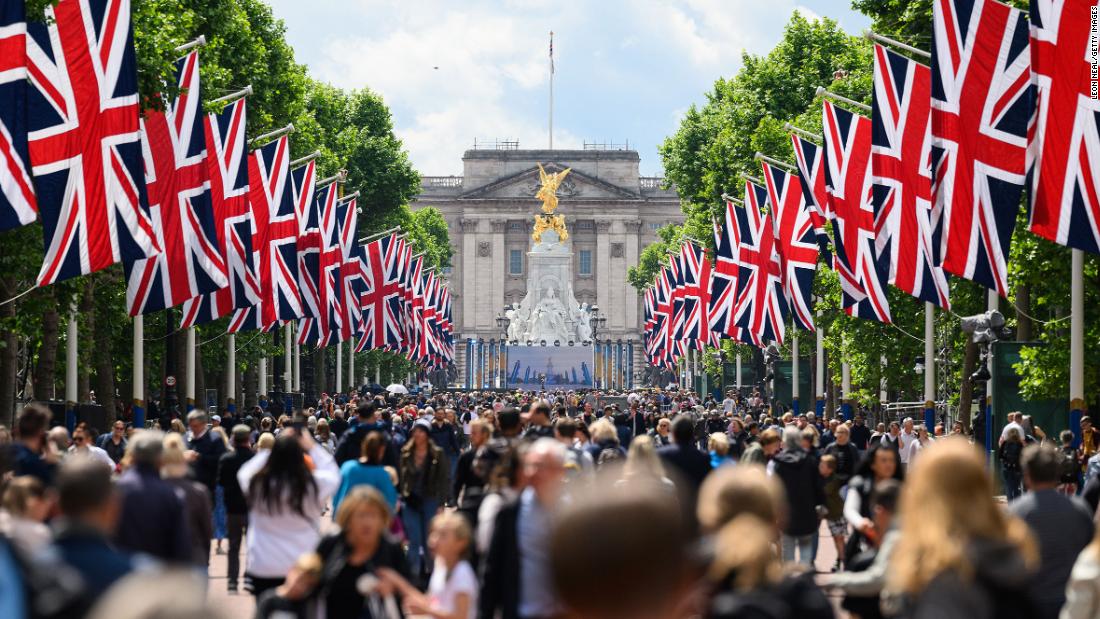 Explained: Why was India’s consignment of Wheat rejected by Turkey? What is Rubella disease? – Times of India

The Queen’s historic reign is going to be commemorated in countries around the world, with Britain’s Foreign, Commonwealth and Development Office (FCDO) spearheading a host of international events.

France’s President Emmanuel Macron will lead a ceremony of thanksgiving and recognition to the Queen at the Arc de Triomphe on Thursday, supported by a band from the Royal Regiment of Scotland.

On Saturday, the Red Arrows will stage a flypast at Le Touquet-Paris-Plage on the northern coast at the English Channel, while the British Embassy in Paris is exhibiting a collection of portraits measuring almost 10 feet tall of the Queen at the Ambassador’s residence, including a 1953 Cecil Beaton Coronation portrait and a David Bailey portrait from 2014.

British Embassy staff in Switzerland have been working with famous light artist Gerry Hofsetter to project a Platinum Jubilee display onto four Bernese Alps mountains, including the 13,015 feet high Eiger.

Beacons will be lit in the Commonwealth capital cities — 54 in total. The event in Wellington, New Zealand, will start at the steps to the Tangi Te Keo Mount Victoria lookout with a Maori prayer known as “karakia.” Then, indigenous peoples — mana whenua — will ignite a torch from a beacon and ascend to the lookout, according to the New Zealand Defence Force.

The beacons in the Commonwealth countries and United Kingdom Overseas Territories will be lit at 9.15 p.m. local time. Pitcairn Island, the smallest British overseas territory with just 35 inhabitants in the Pacific, will stage a jubilee dinner tonight and will be the final place to light a beacon, being nine hours behind the UK.

Fire engines in Valparaíso and Santiago in Chile will be branded with the Platinum Jubilee emblem, while the British Embassy in Santiago will host its first ever street party to mark the occasion.

FCDO staff based in the US will host a series of celebratory events in Washington, New York, Chicago, Houston, San Francisco, Boston, Miami, Atlanta, Los Angeles and Minneapolis.

British ambassadors and high commissioners around the world have nominated 70 of their favorite recipes to a special Platinum Jubilee cookbook, including many dishes served to the Queen on overseas visits.

In a statement issued by the FCDO, foreign secretary Liz Truss said: “In an ever changing and uncertain world, the Queen has been a rock who has offered wise counsel to over 170 Heads of State and dedicated her life to promoting unity and social freedom.
“Her remarkable service to the UK and the Commonwealth is rightly being recognised across the globe, during the Platinum Jubilee celebrations, as she continues to touch the lives of millions of people beyond our shores.”

Taylor Swift to Drop ‘Bad Blood (Taylor’s Version),’ Fueling Theories That ‘1989’ Will Be Next Re-Release

Who qualifies for U.S. asylum and how does the process work?

Why are there so many shock results at this World Cup? | CNN

‘I wanted to resume my transition at all costs.’ Trans Ukrainians uprooted by war struggle to continue treatment | CNN