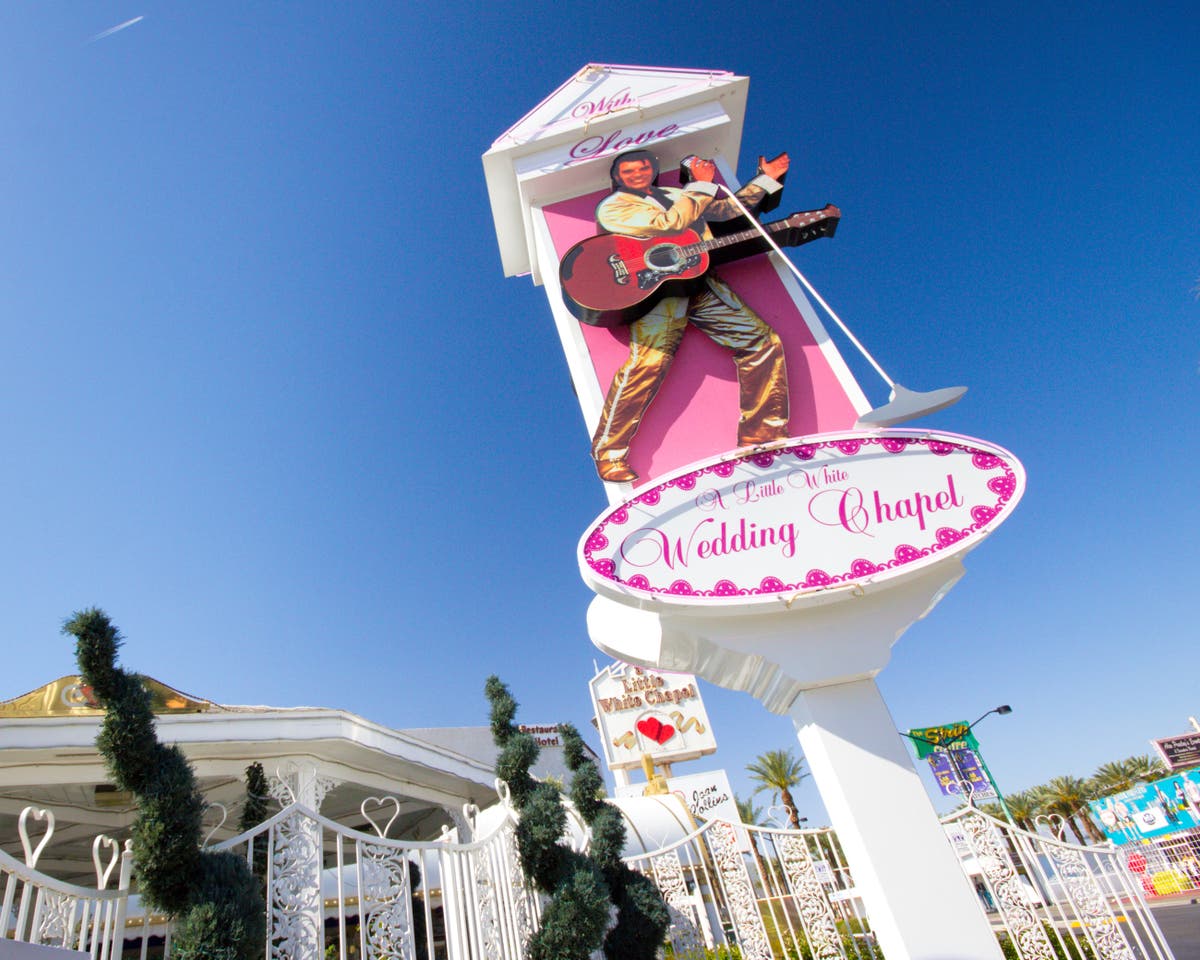 The licensing company, ABG, issued a letter to several chapels in Las Vegas, Nevada, that host weddings with Elvis personas and sayings, as reported by the Las Vegas Review-Journal.

According to the cease-and-desist letter, dated 19 May, ABG plans to end the unauthorised use of “Elvis Preselye’s name, likeness, voice image, or other elements of Elvis Preseley’s persona in advertisements, merchandise, and otherwise”.

The company specified that its protected trademarks are, “Elvis,” “Elvis Presely,” and “The King of Rock”.

The letter, signed and issued by an ABG attorney, stated that if an “infringing chapel” does not comply with the terms of the document throughout one week, the company’s counsel could seek legal action.

According to the Las Vegas Review-Journal, as of 31 May, no chapels have said that they’ve been further contacted by ABG. The 27th of May officially marked a week since the letter was dated.

Multiple chapels that specialise in Elvis-themed weddings or use images of the musician in their names have confirmed that they’ve been contacted by ABG. Some of the chapels include, Viva Las Vegas/Vegas Weddings, the Elvis Chapel, Elvis Weddings and Las Vegas Elvis Chapel.

ABG’s letter has sparked confusion among the Las Vegas wedding community, as these businesses have relied on their Elvis impersonators for its ceremonies. Aside from tourists, many famous faces have walked into the chapel to tie the knot with an Elvis officiant, including Travis Barker and Kourtney Kardashian last April.

According to Clark County Clerk Lynn Goya, who has led a campaign to promote Las Vegas as an ideal wedding location, ABG’s warning couldn’t have “hit at a worse time”.

“It’s not a good thing,” she said. “It might destroy a portion of our wedding industry. A number of people might lose their livelihood.”

“This could be very damaging to our industry,” she said. “Most of us are small businesses, and we’re up against a superpower with a lot of money. It could kill us in lawyer fees to fight this.”

“Elvis weddings are synonymous with Las Vegas,” she added. “We keep Elvis alive.”

Speaking to The Independent, a representative for ABG issued a statement about ensuring that all products with Presley’s name are used with authorisation.

“As the guardians of the Elvis Presley estate, it is our responsibility to safeguard his legacy. This includes ensuring that all products, services and advertisements utilizing Elvis’ name, image or likeness are officially licensed by Elvis Presley Enterprises,” they wrote. “The estate has strong relationships with official Elvis tribute artists, fan clubs and festivals, as well as a robust global network of licensed merchandise partners. There is no intention to shut down chapels that offer Elvis packages in Las Vegas.”

“We are seeking to partner with each of these small businesses to ensure that their use of Elvis’ name, image and likeness are officially licensed and authorized by the estate, so they can continue their operations,” they continued. “Elvis is embedded into the fabric of Las Vegas history, and we are committed to protecting and expanding his legacy for generations to come.”

How to turn almost any fruit into a cooling sorbet

Queen thanks nation for its goodwill on eve of jubilee celebrations