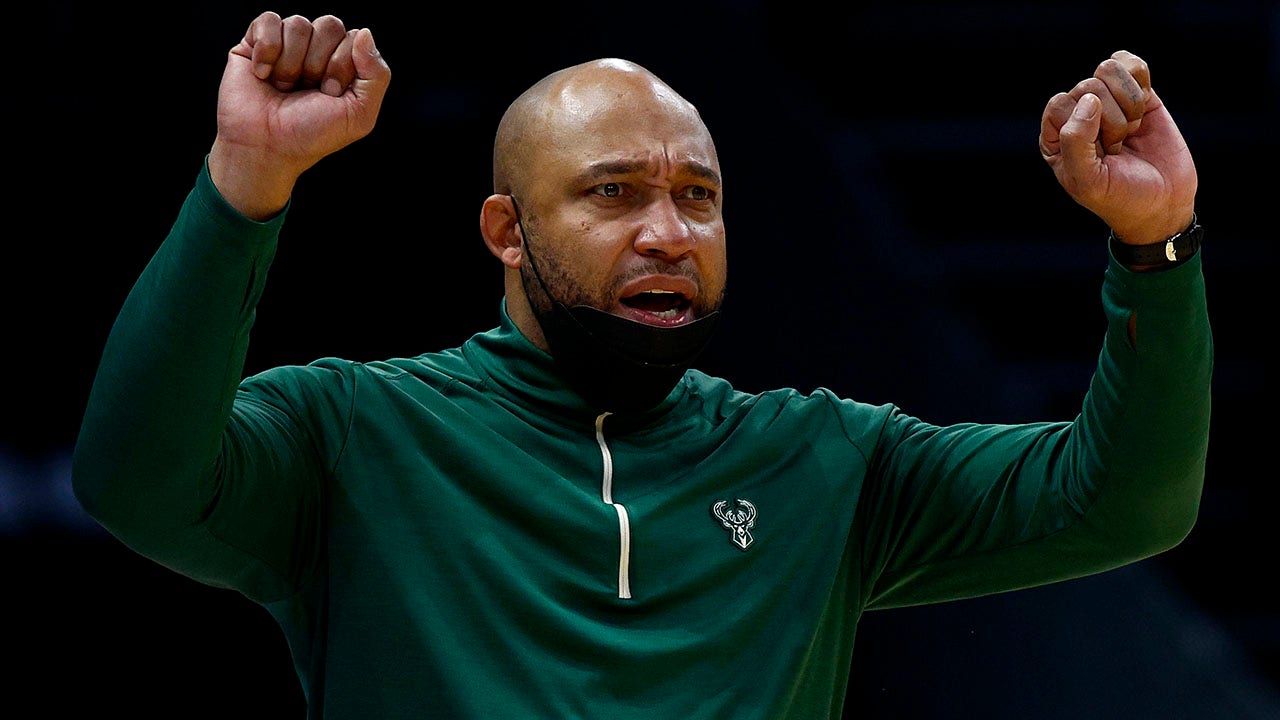 George and Charlotte in surprise Jubilee visit to Cardiff

The Los Angeles Lakers officially announced the hiring of Darvin Ham as their new head coach Friday, signing him to a multi-year contract.

The news comes a week after ESPN first reported the news, saying Ham and the Lakers had agreed to a four-year deal.

Assistant coach Darvin Ham of the Milwaukee Bucks before Game 7 of the NBA Eastern Conference semifinals against the Boston Celtics May 15, 2022, at the TD Garden in Boston.
(David Dow/NBAE via Getty Images)

“When someone begins his NBA coaching career at the G League level and goes all the way through playing an integral role on the front bench of an NBA championship team, it really speaks to a certain strength of character.

“Our players and fans will immediately identify with Darvin’s no-nonsense and hard-working approach, which we feel will bring toughness and a competitive edge to all we do,” Pelinka said, according to the Lakers team website.

Assistant coach Darvin Ham of the Milwaukee Bucks greets Al Horford (42) of the Boston Celtics after Game 7 of the 2022 NBA Eastern Conference semifinals May 15, 2022, at the TD Garden in Boston.
(David Dow/NBAE via Getty Images)

For the past four seasons, Ham was an assistant coach with the Milwaukee Bucks under head coach Mike Budenholzer, winning the NBA championship in 2021.

Acting head coach Darvin Ham of the Milwaukee Bucks reacts during the second half of a game against the Charlotte Hornets at Spectrum Center Jan. 8, 2022, in Charlotte, N.C.
(Jared C. Tilton/Getty Images)

“I think he’s going to bring a toughness, a blue-collar mentality, just because that’s how he’s built. That’s how he’s raised. You have to be that way from Saginaw,” Green told the Los Angeles Times.

The Lakers are coming off of a disastrous season, finishing the year with a record of 33-49 and missing the playoffs. The signing of Russell Westbrook last offseason led many to believe the Lakers could compete for an NBA championship. But the Lakers inability to find chemistry, coupled with injuries to Anthony Davis and James, doomed their season.

SEAN HANNITY: Republicans need to start going on the offense

Gift Ideas That Will Make Your Family Healthier And Happier

Are Wedding Sweepstakes Worth It?

George and Charlotte in surprise Jubilee visit to Cardiff