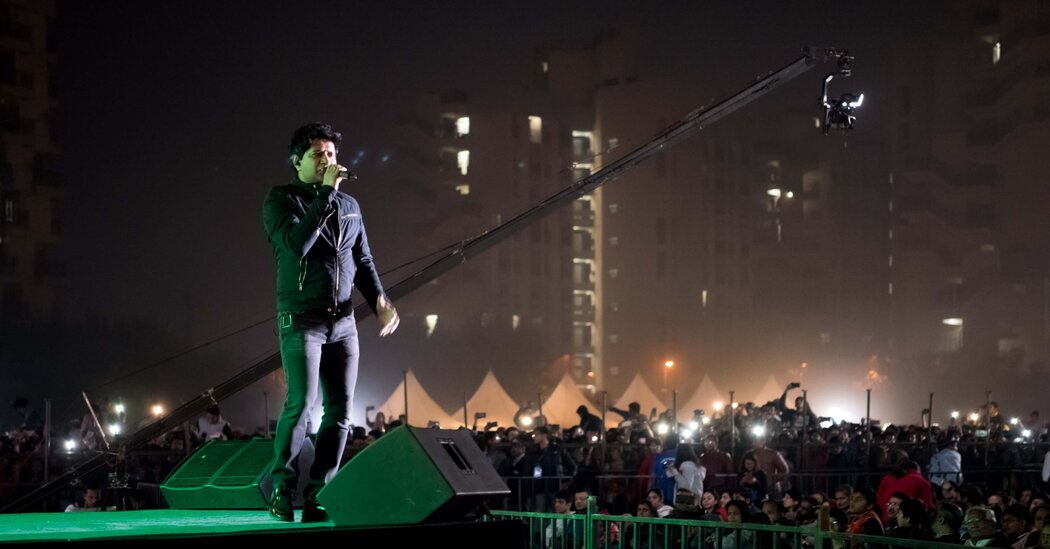 Millions of young Indians took to social media after his death in an outpouring of grief.

“There are some people who we have never met personally but somehow they have become an inseparable part of our lives,” one fan wrote. “KK was one such.”

He had been singing fewer Bollywood numbers in recent years because, he said, he wanted to “rediscover” himself, telling The Times of India in 2018 that he missed “the freedom to create your own songs and music.”

He is survived by his wife, Jyothi, whom he married in 1991; and two children, Nakul and Tamara.

Before his performance on Tuesday, KK posted a photo on his Facebook page showing him with arms outstretched toward the audience. “Pulsating gig tonight at Nazrul Mancha. Vivekananda College!!” he wrote. “Love you all.”

Dressed in jeans and a collared T-shirt and appearing much younger than his years, he shouted to the audience, “Sing along!” Waving their cellphones with the flashlights on, the audience swayed to the music.

His final song was “Pyaar ke Pal” (“Moments of Love”), a favorite from the album “Pal.” The lyrics seemed prophetic:

We may or may not be around, these moments will be remembered.

Moments, these are moments of love, come, come along with me.

Come, what are you thinking, it’s a short life.

If you get tomorrow, that would be good fortune.

Koffee With Karan 7: Ishaan Khatter Is On The Couch – But With Who?

Why Boiled Eggs Are Perfect In Winters To Lose Weight