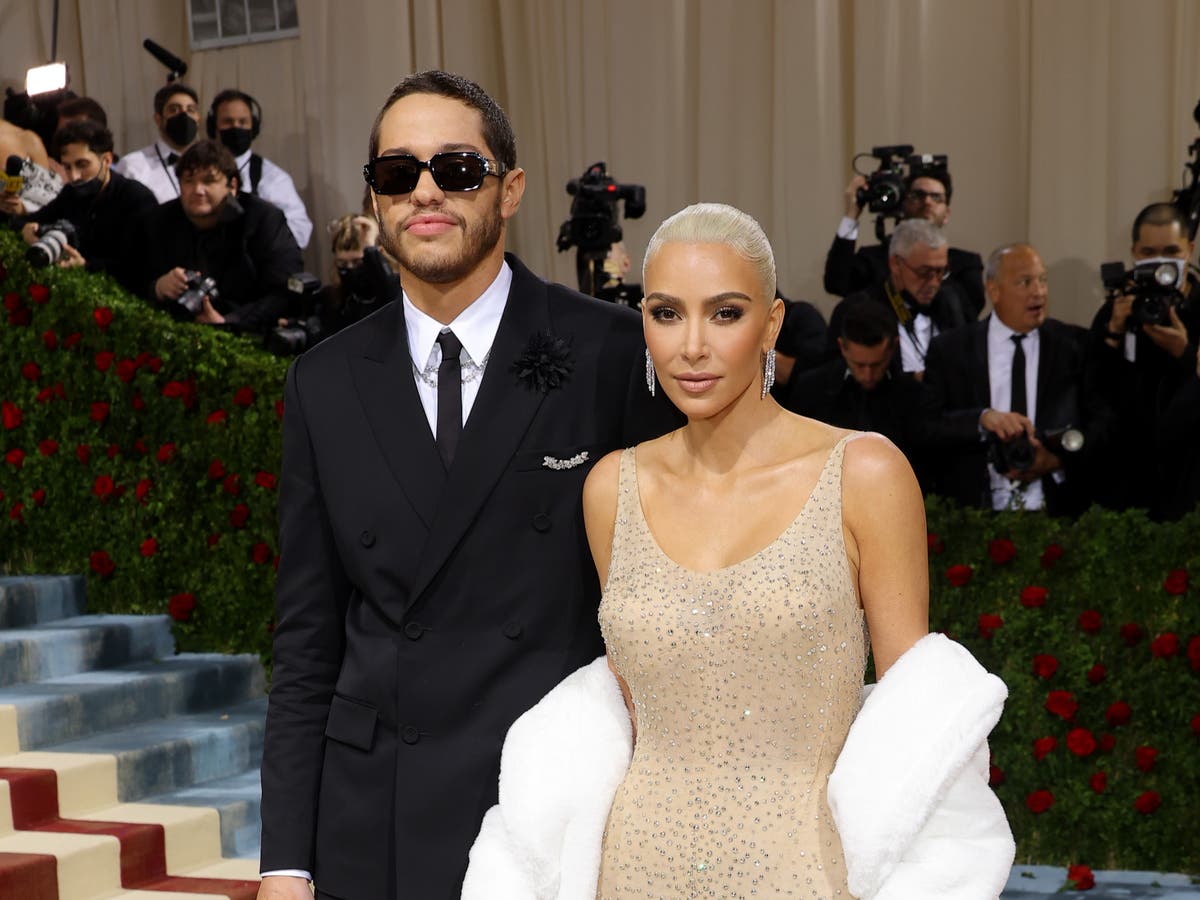 Kim Kardashian has finally opened up about how she and Pete Davidson began their relationship.

In the latest episode of The Kardashians, the SKIMS founder finally addressed her romance with the Saturday Night Live alum, and revealed which one made the first move.

“This is how it went down with Pete,” the 41-year-old reality star said during a confessional. “I did SNL and then when we kissed in the scene, it was just a vibe. And I was like, ‘Oh, sh-t. Maybe I just need to try something different!’”

Kardashian went on to explain how Davidson was the only SNL cast member to not attend the show’s afterparty, saying he did “not give me the time of day.”

The billionaire business mogul decided to take matters into her own hands by calling an SNL producer and asking for Davidson’s number. “I text him – I wasn’t even thinking like, ‘Oh my god, I’m gonna be in a relationship with him,’” she said. “I was just thinking, ‘Heard about this BDE. Need to get out there. I need to just jumpstart…”

Kim Kardashian and Pete Davidson were first linked in October 2021 following her SNL hosting debut. Rumours have often circulated about Davidson’s BDE – which refers to the term “big d*** energy” – after his then-fiancée Ariana Grande reportedly tweeted (and deleted) about how generously endowed he was. The speculation has followed him ever since.

While discussing her new romance with her sisters Kourtney and Khloe Kardashian, the KKW Beauty founder also gushed over how “normal” their relationship is, and how Davidson is the “best human being” she has ever met. While the SNL comedian is known for being funny, Kardashian said that his sense of humour was “fourth” on her list of reasons why she liked him.

“People always say, ‘Oh, he’s so funny,’ and it has to do with how funny he is. That’s, like, fourth on my list of why I like him,” she explained. “[He] always wants the best for people, can handle anything, always does it with grace. He’s really, really thoughtful and humble and just so genuine. I would say the perfect word to describe Pete is genuine.”

After Khloe said she was “happy” for her sister, Kardashian revealed that another famous figure reached out to her after news of their relationship broke.

“After we got together, Megan Fox texted me and was like, ‘Is this sh-t for real? Because he asked me for your number months ago,’” Kardashian said about her friend. Meanwhile, Fox believed that Davidson had no chance at dating the reality star.

These Unrealistic Expectations May Result In Ending A Relationship

According to her, Fox told Davidson: “I was like, ‘Dude, you have a better shot of me and MGK [Machine Gun Kelly] getting eaten by crocodiles than you ever getting her number. Never going to happen. Do not ask us.’”

Earlier this week, The Kardashians star posted several videos of herself and Davidson playing with a filter on Instagram and showing off the comedian’s new bleached hairstyle, which matches her own platinum blonde locks. The stars were also photographed in London this week, having arrived ahead of the UK’s special bank holiday weekend in honour of the Queen’s platinum jubilee.

The Kardashians airs on Thursdays on Hulu in the US and on Disney Plus in the UK.

What the Fork: How Cabbage Grew On Kunal Vijayakar and Became His Most Versatile Vegetable

Everything to Know About Tatcha’s Black Friday Sale 2022