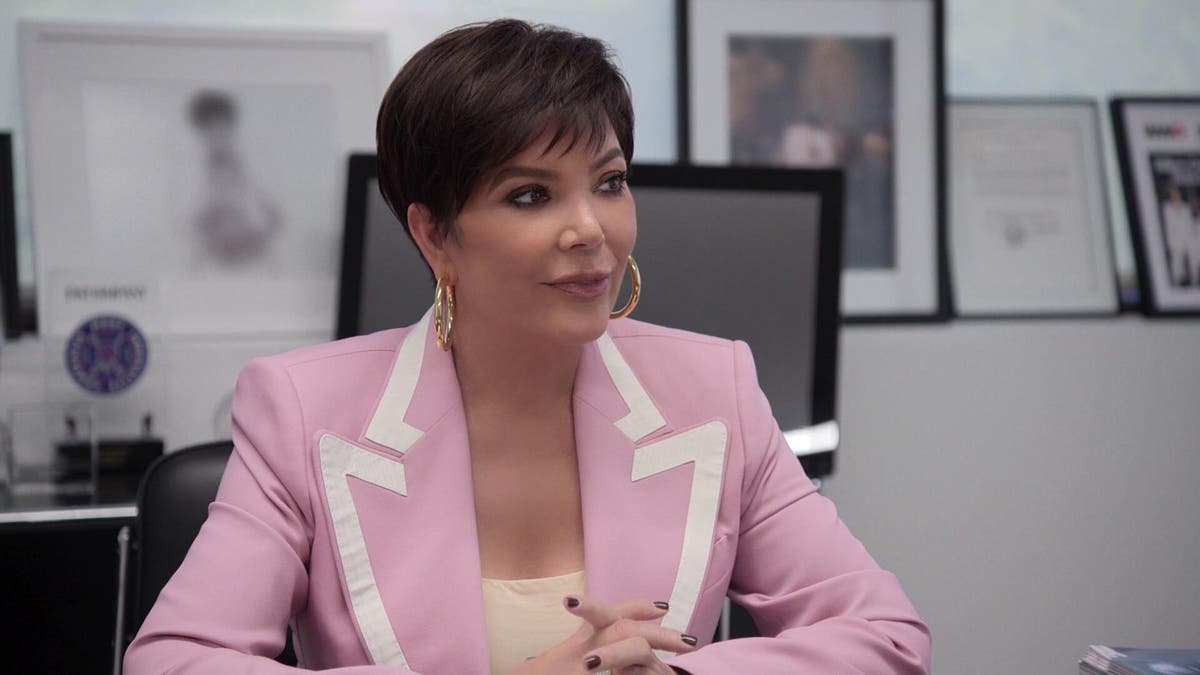 While Kris Jenner has yet to win an Emmy award, at least she can pretend.

In the latest episode of The Kardashians, which premiered on Hulu on 2 June, Kris Jenner was seen sitting in her office as she prepared to film her first MasterClass episode. In the scene, Khloe Kardashian and Scott Disick visited the 66-year-old matriarch in her office, but were especially confused by the Emmy award on display behind her.

“Why do you have an Emmy behind you?” the Good American founder asked her mother.

“Well, you know what? You put it out there and it just might happen,” Jenner replied, to which Disick quipped: “Throw an Oscar in there.”

Khloe, 37, questioned whether the Emmy award was fake but Jenner assured her daughter that it was real. “It’s a real Emmy. Kim gave it to me for my 60th birthday,” she said, adding that the SKIMS founder bought the award at an auction.

Although, Jenner did admit that she couldn’t remember who the award first belonged to.

“Oh, so it’s a real Emmy. It’s just not yours,” Khloe clarified.

“Fake it ‘til you make it,” Jenner responded.

The famous family’s first reality show, Keeping Up With the Kardashians, aired its final episode in June 2021 after 14 years and 20 seasons of the show. While the longrunning E! series has been a staple of reality television, the show has never won an Emmy award.

Santa Maria Novella Moves Up in the Perfume World

Throughout the last eight episodes of The Kardashians, fans have seen a “different side” of the family that they were promised. Viewers watched as Kourtney Kardashian got engaged to Travis Barker, and Kim Kardashian sparked her romance with Saturday Night Live alum Pete Davidson. Fans have yet to witness the moment Khloe Kardashian learned about Tristan Thompson’s infidelity and paternity scandal, which was captured by cameras in January of this year.

New episodes of The Kardashians airs every Thursday on Hulu in the US and Disney Plus in the UK.

Make Your Dinner Tastier With Mix-Veg Gravy; Here’s The Recipe

Seven possible symptoms of brain cancer to be aware of

Joan Didion and the Western Spirit