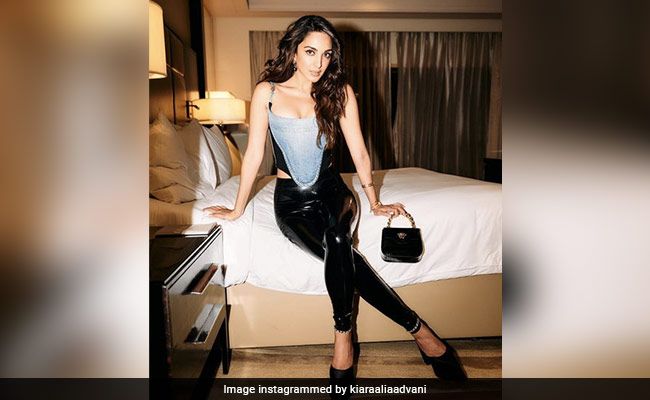 Kiara Advani is moving from strength to strength with each of her projects. The actress, who has seen three back-to-back successes with Shershaah, Bhool Bhulaiyaa 2 and JugJugg Jeeyo, released the trailer of her next project, Govinda Naam Mera, over the weekend. She will be seen alongside Vicky Kaushal and Bhumi Pednekar in the film. At the trailer launch of the movie, Kiara Advani turned up the fashion quotient as she stepped out in a leather and denim ensemble with a Versace bag as her accessory. She also shared some images taken on the day, much to the delight of her fans. In them, the actress is seen in her hotel room and lobby, looking chic as always. In her caption, she referred to her bag and said, “Got me a Versace La Medusa” and added the hashtags #versacelamedusa #versacebag.

Reacting to the post, Ananya Panday said, “You look amazing,” with heart-eye emojis and we cannot help but agree.

Kiara Advani followed this up with another set of pictures from the same series, with a similar caption, “Got me a Versace La Medusa,” and tagged Versace.

After the release of the trailer, Kiara Advani also reposted a bunch of congratulatory messages from her fans and colleagues. Among them was Kiara’s rumoured boyfriend, Sidharth Malhotra who shared the trailer and said, “Exciting cast and intriguing plot. Looks like a mad fun ride. Really looking forward, guys.” 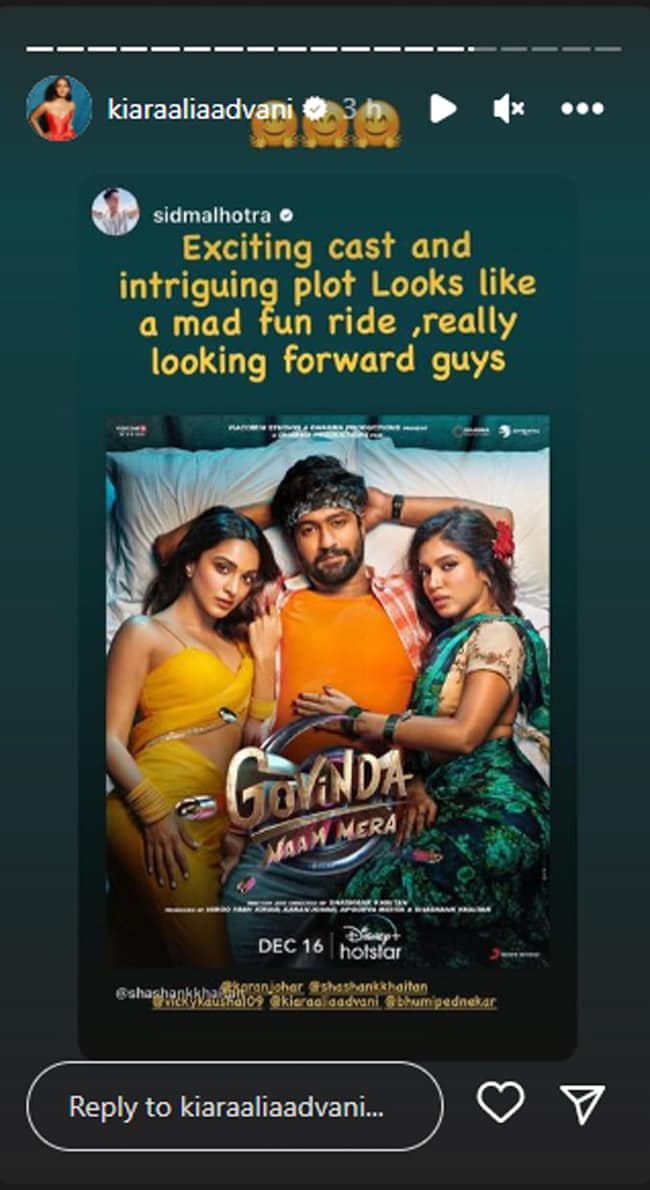 Govinda Naam Merafeatures Vicky Kaushal in the lead role as a broke background dancer, Govinda. Govinda’s wife Gauri (Bhumi Pednekar) is cheating on him with her boyfriend and will divorce Govinda only if he pays her Rs 2 crore. Meanwhile, Kiara Advani plays Govinda’s girlfriend, Suku. Throw in a murder, a whole lot of comedy and some chaos and you get Govinda Naam Mera. Sharing the trailer on Instagram, Kiara Advani wrote, “Kahaani ek, twists aur turns anek! A murder, some mystery, lots of thrill and masala guaranteed.”

Before that Kiara Advani also shared her solo poster and said, “Come and say hi huku with Suku!”

Govinda Naam Mera, directed by Shashank Khaitan, will be released on the OTT platform Disney Plus Hotstar on December 16. It has been produced by Karan Johar’s Dharma Productions.

Why Did Ashish Kacholia Buy Stake In This Smallcap Stock?

Is Your Child Getting Enough Sleep? Know Age-Wise Patterns

Ahead Of 1st Wedding Anniversary, Katrina Kaif And Vicky Kaushal Are Holidaying In… No, Not The Beach