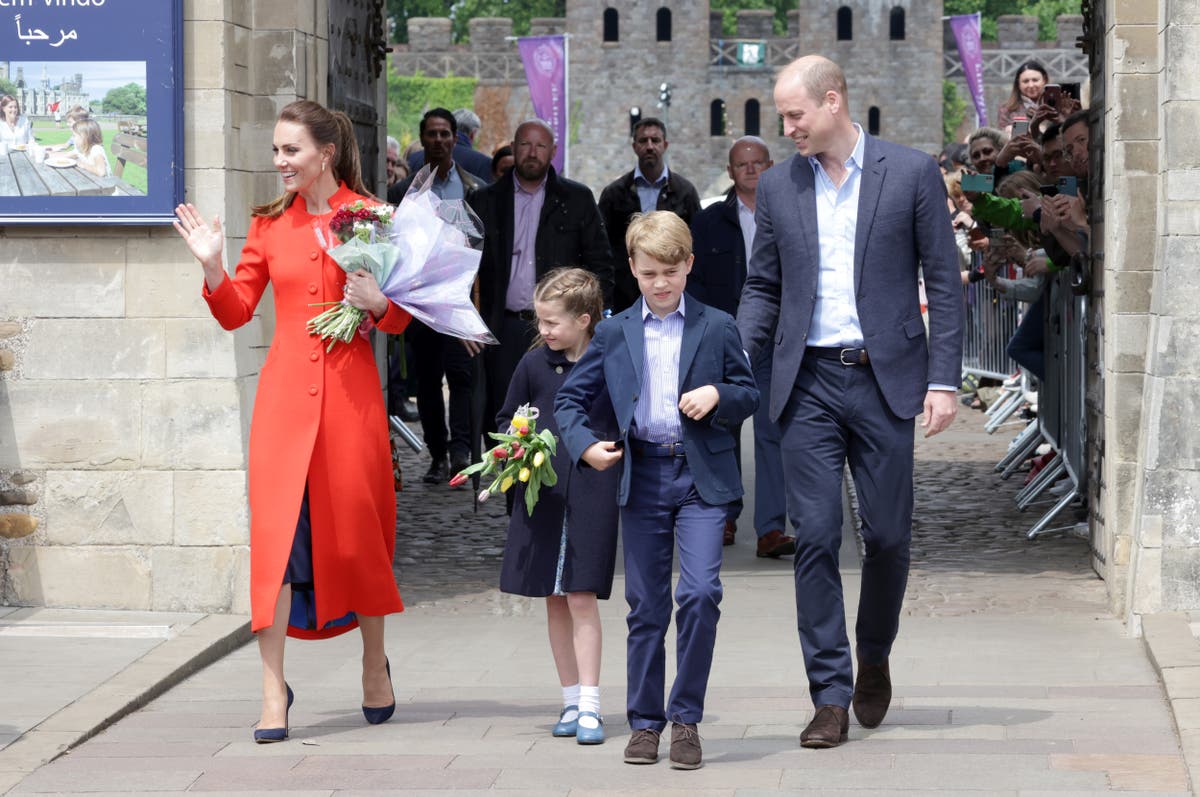 The Duchess of Cambridge has turned heads in yet another brightly coloured ensemble during the platinum jubilee celebrations.

On Saturday, Kate paid a visit to Cardiff Castle alongside the Duke of Cambridge and their two eldest children, Prince George and Princess Charlotte.

The family made the surprise trip to meet entertainers in the Welsh capital who were staging a show in honour of the Queen’s 70th year on the throne.

Kensington Palace has confirmed that the visit marked the first time the Cambridge children had been to Wales.

For the occasion, Kate wore a long bright red coat, which is bespoke Eponine and carries a price on application.

Kate paired the coat with simple black stilettos and wore her hair in a high ponytail.

The outfit earned praise on social media, with fans describing it as “elegant” and “chic”.

It’s not the first ensemble of the weekend that has delighted royal fans.

On Thursday for the Trooping the Colour parade, the Duchess chose a crisp white blazer dress by Alexander McQueen, accessorised with a navy hat with a white trim by Philip Treacy.

In Search of Enheduanna, the Woman Who Was History’s First Named Author

She completed the look with a subtle nod to her late mother-in-law, donning a pair of diamond and sapphire earrings once worn by Princess Diana.

The following day, she arrived at St Paul’s Cathdral in London for a Service of Thanksgiving in a fitted pale yellow coat dress by Emilia Wickstead, featuring a knotted waist detail and A-line skirt.

She accessorised with a matching hat with pale yellow flowers from Philip Treacy.

“Females twice more likely to suffer from long COVID”: WHO releases alarming data on sufferers and symptoms | The Times of India

These Weekender Bags Are Perfect for Your Next Getaway