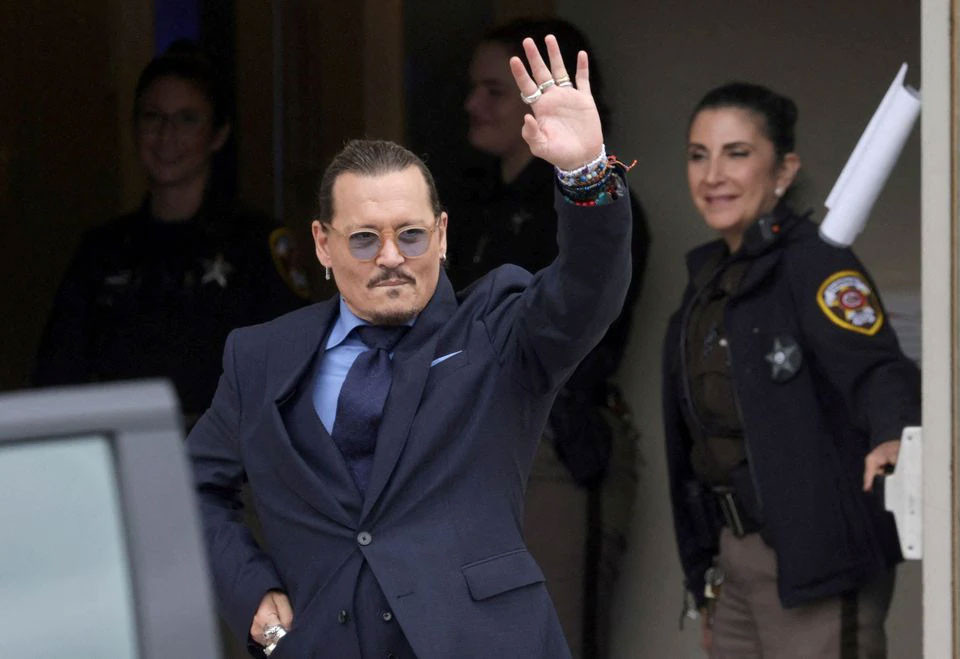 
A US jury found Wednesday that actress Amber Heard had made defamatory claims of abuse against her ex-husband Johnny Depp, and awarded him $15 million in damages.

The seven-member jury in Virginia found that a 2018 article penned by Heard on the “sexual violence” she had suffered was defamatory to Depp, and was written with malicious intent — making her guilty of libel. The jury also found that Heard was defamed by statements made by Depp’s lawyer, Adam Waldman, who told the Daily Mail that her abuse claims were a “hoax,” and awarded her $2 million in damages.

The jury reached a verdict earlier today in the high-profile defamation case. The seven-person Virginia jury has been deliberating for about 13 hours over three days in Fairfax County Circuit Court near the US capital.

Closing arguments in the case were held on Friday at the end of a six-week trial riding on claims and counterclaims of domestic abuse between the Hollywood celebrities.

The 58-year-old Depp filed suit against Heard over an op-ed she wrote for The Washington Post in December 2018 in which she described herself as a “public figure representing domestic abuse.”

The Texas-born Heard, who had a starring role in Aquaman,”did not name Depp in the piece, but he sued her for implying he was a domestic abuser and is seeking $50 million in damages.

The 36-year-old Heard countersued for $100 million, saying she was defamed by statements made by Depp’s lawyer, Adam Waldman, who told the Daily Mail her abuse claims were a “hoax.” The jury has been working painstakingly through a special verdict form that contains dozens of questions.

Depp flew to England over the Memorial Day weekend and made surprise appearances at concerts by Jeff Beck in Sheffield on Sunday and at the Royal Albert Hall in London on Monday and Tuesday. Depp, a guitarist, has his own band, the Hollywood Vampires, with Alice Cooper and Joe Perry of Aerosmith.

“Your presence shows where your priorities are,” Heard’s spokesperson said in a statement. “Johnny Depp plays guitar in the UK while Amber Heard waits for a verdict in Virginia. Depp is taking his snickering and lack of seriousness on tour.”

Depp and Heard each spent days on the witness stand during the televised trial, which was attended by hundreds of fans of the “Pirates” star and accompanied by a #JusticeForJohnnyDepp campaign on social media.

Heard has now released a statement regarding the case.

“The disappointment I feel today is beyond words. I’m heartbroken that the mountain of evidence still was not enough to stand up to the disproportionate power, influence, and sway of my ex-husband,” The Aquaman actor shared in a statement. “I’m even more disappointed with what this verdict means for other women. It is a setback. It sets back the clock to a time when a woman who spoke up and spoke out could be publicly shamed and humiliated. It sets back the idea that violence against women is to be taken seriously.”

She added, “I believe Johnny’s attorneys succeeded in getting the jury to overlook the key issue of Freedom of Speech and ignore evidence that was so conclusive that we won in the UK. I’m sad I lost this case. But I am sadder still that I seem to have lost a right I thought I had as an American – to speak freely and openly”.

Depp’s lawyers filed the US case in Fairfax County, Virginia, because the Washington Post is printed there. The newspaper is not a defendant.

Once among Hollywood’s biggest stars, Depp said Heard’s allegations cost him “everything.” A new Pirates movie was put on hold and Depp was replaced in the Fantastic Beasts film franchise, a Harry Potter spinoff.

Depp lost a libel case less than two years ago against the Sun, a British tabloid that labelled him a “wife beater.” A London High Court judge ruled that he had repeatedly assaulted Heard.

The 13 Best Bandeau Bras for Every Bust Size

How to Be Medea? Summon Your Anger and Despair, and Hit the Gym.

Rupee Jumps 21 Paise To 77.50 Per Dollar, Recovering From Record Low