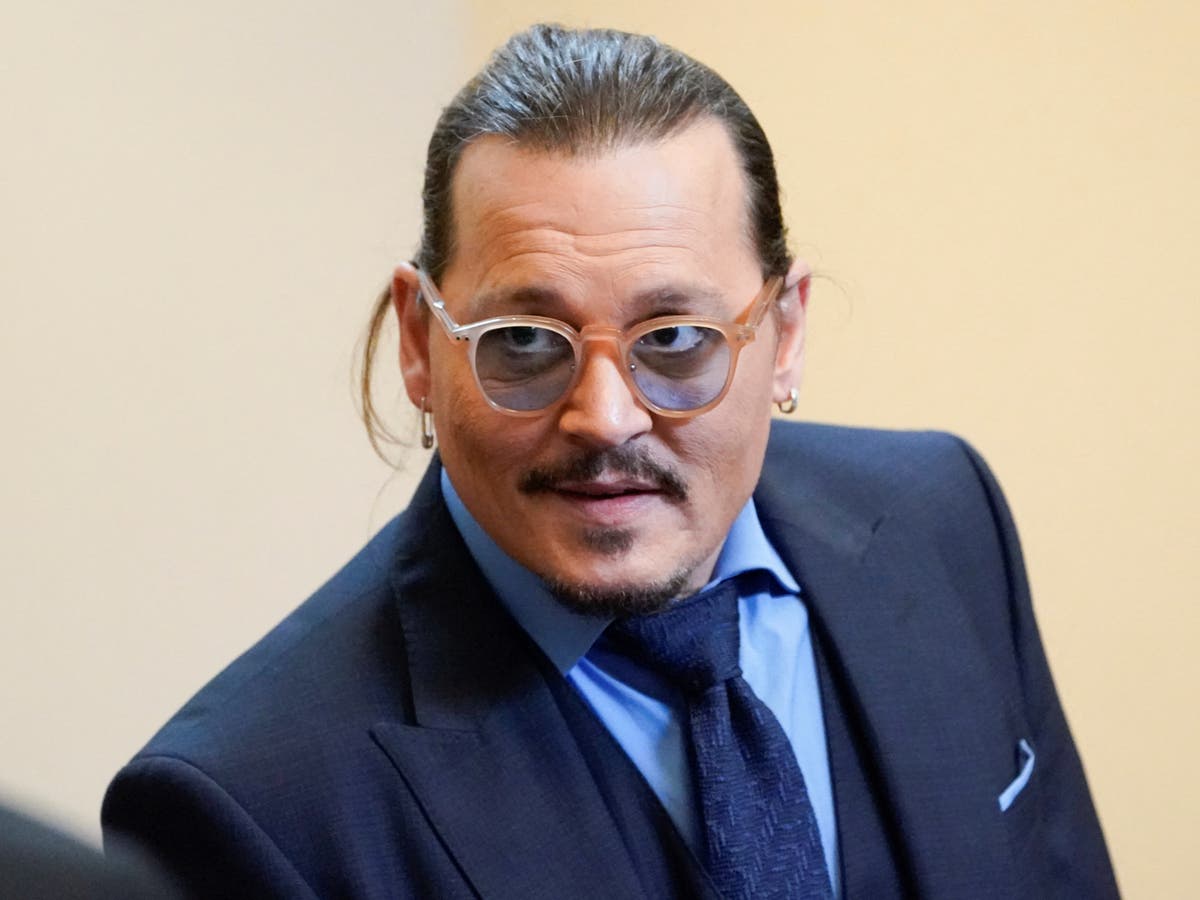 If you have been anywhere on the internet over these last six weeks, it’s been impossible to ignore the Virginia-based Depp v Heard defamation trial. It’s been highly publicised and criticised by journalists, comedians and just about everyone who thinks they’re an expert on Twitter.

But last week, mere days after the trial’s jury retired for deliberations, Johnny Depp – accused of sexual, physical and emotional abuse by Amber Heard, which he denies – got on a jet and went to the most unlikely of places: Sheffield. Here, he performed on stage with his “musical soulmate” Jeff Beck.

The very next night, Depp travelled to London to perform with Beck once again. “I will die happy,” one fan gushed, as Depp received a standing ovation. Depp performed for a third time in the same venue the following night. “We kept it quiet for obvious reasons,” Beck told the crowd of the iconic Royal Albert Hall, before the pair performed “Isolation” by the late John Lennon.

To me, this is indicative of accused abusers avoiding lifelong consequences for serious allegations of sexual violence and emotional torment. Depp claims his character has been defamed by his ex-wife Heard writing an op-ed in The Washington Post alluding to domestic violence – but it appears as if his character is arguably more intact than ever, by the looks of his public appearances.

Inviting Depp onstage to perform in another country – with hordes of surprised fans cheering him on and press outlets broadcasting it to the nation – makes a mockery of allegations of domestic and sexual violence, in my eyes. Even if the jury finds in Depp’s favour, his appearance onstage – not once, but three times – glorifies and glamorises allegations of sexual violence and emotional abuse, I feel.

Thankfully, reactions to Depp’s appearance were mixed, with one male fan telling the press that he felt “duped”. It begs the question as to why Beck presumed his legions of fans would merely accept “the obvious” – and ignore the serious allegations against his stage-mate.

It’s a classic example of alleged abusers – both the accused and acquitted – avoiding the same lifelong consequences that survivors of sexual abuse and violence endure. Such claims are seemingly mere hiccups to the accused; pencilled in footnotes in their life stories that can be erased, leaving the alleged victims to bear the trauma of the justice system and the lifelong sentence of enduring such abuse

In the UK, only one in every 100 rape cases were reported to the police in 2021 – with charging and convictions rates dropping to the lowest since records began. In fact, 40 per cent of survivors claimed they didn’t report their trauma due to “embarrassment” – with 34 per cent saying they thought it would be humiliating. What will seeing an accused abuser onstage do to that rate next year?

Sadly, it’s nothing we haven’t seen before. It seems eerily similar to Chris Brown recently being announced as a headliner for the upcoming Wireless music festival. Brown’s performance will be his first in the UK since he was found guilty of assaulting his former partner Rihanna, a charge which reportedly banned him from entering the country. Since then, Brown has featured in his own documentary, explaining the abuse, and has an album out in June. His career, like Depp’s, is seemingly unscathed.

So many accused abusers are still enjoying a star-studded career – for example, Dustin Hoffman, currently with two films in the works, was accused of sexual assault by six women in 2017 (two of which were under 18). Hoffman has since apologised for one accusation from a 17-year-old, stating that it is “not reflective” of who he is. He said: “I have the utmost respect for women and feel terrible that anything I might have done could have put her in an uncomfortable situation.”

Louis CK has announced his first UK tour dates since he admitted to, and apologised for, several cases of sexual misconduct from 2017. “These stories are true,” he announced, stating that he was “remorseful”. He added: “The power I had over these women is that they admired me. And I wielded that power irresponsibly.” CK continued to perform stand-up and even won a Grammy last month.

In January 2018, Aziz Ansari was accused of pressuring a woman for sex after a date – leaving the survivor distraught and in tears after the encounter. The comedian has talked about the claim of sexual misconduct against him in multiple Netflix specials since the accusation – but has not publicly apologised. He stated he felt “surprised and concerned” that his date had felt “uncomfortable”.

Who is Princess Beatrice? Prince Andrew’s daughter who stood vigil by Queen’s coffin

Morgan Freeman has been accused by eight different women for inappropriate behaviour and harassment – though he has four films yet to come out this year. Freeman has since apologised to “anyone who felt uncomfortable or disrespected” – adding: “Anyone who knows me or has worked with me knows I am not someone who would intentionally offend or knowingly make anyone feel uneasy.”

James Franco has seen five women accuse him of sexually exploitative behaviour from 2018, and is expected to make a comeback in film Mace, set to release later this year. This is after he paid $2.2 million (£1.7 million) in 2021 to resolve a lawsuit against him, alleging that he coerced students into performing sex acts on camera. Franco finally addressed the claims in 2021 in an interview with The Jess Cagle Podcast, but has not publicly apologised.

Let’s not forget that it took 87 actresses to come forward with sexual abuse claims against movie mogul Harvey Weinstein before he was sentenced to 23 years in prison for rape and sexual abuse. Need I go on?

There is a disturbing history of high-profile men, accused of sexual misconduct or violence, who continue to boast a spot in the limelight while their alleged victims stay in the shadows – unknown, and forgotten.

Depp being invited to appear onstage with a proclaimed musical legend not only once, but three times, feels utterly surreal to me. The fact that is was mere days after a jury retired to deliberate in a case involving a woman claiming he sexually assaulted her with a bottle is obscene, to me.

This dangerous rhetoric of accused men being allowed to continue garnering accolades and with such allegations on their shoulders is vile. What examples are we setting to our younger generations about alleged abusers deserving press and public attention?

This cannot carry on. Like many high-profile men’s accusations, victims are being ignored, and forgotten – while survivors with secrets are forced to silently absorb the mockery made of their trauma as the world watches and applauds.

One global tech stock that was a top performer last week could surge 63% more, analysts say