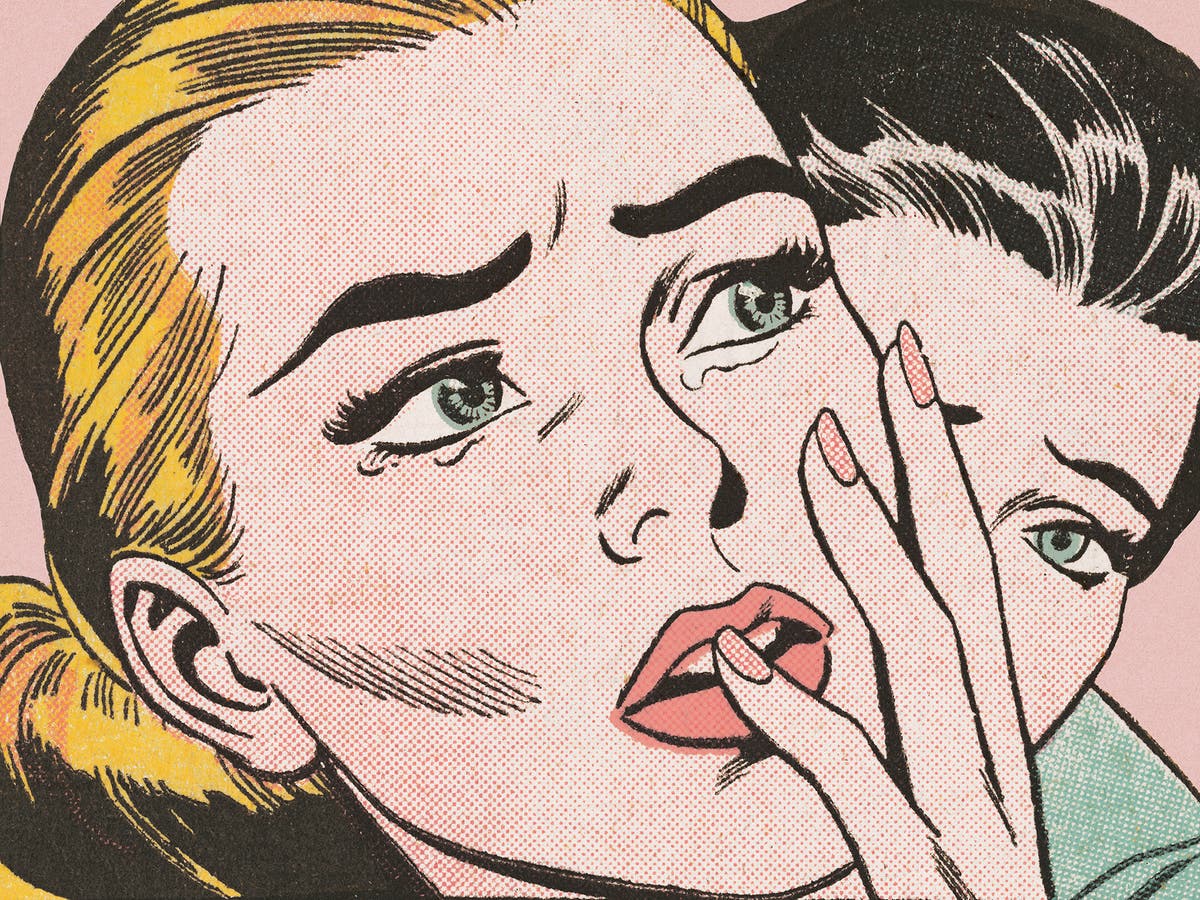 PICS: Bhumi Pednekar, In One Shoulder Bodycon Dress, Looks Like A Dream

No one ever tells you that friendships can sometimes come to a shuddering halt. Especially the ones you thought would last a lifetime. For me and Sheryl*, it happened just before we reached a milestone. We’d been in each other’s lives for nearly 10 years, going from fresh-faced college students to friends to, later, flatmates. I never foresaw it crashing and burning as hard as it did.

Sheryl’s bipolar disorder became bigger than our years of friendship. It got to a point where I, as well as our close mutual friends, could not keep her safe from herself. There were manic highs and extreme lows. We always managed to talk her back from the edge, but there was one major depressive episode that she just couldn’t shake. One day, I woke up and she had disappeared. We set out to search for her, worrying ourselves sick for hours. When we eventually found her, we realised we could no longer look after her. We did the only thing we could think of: call a hospital and try to get her admitted.

That phone call to the hospital sounded the death knell for our friendship. Sheryl moved home and I packed up her things. I was heartbroken knowing that we’d probably never speak again. Her hurt over what we had done was too great – in her eyes, we had tried to have her put away. We didn’t take the decision lightly, but Google can’t tell you the answer to “What do you do when your friend keeps trying to kill themselves?” It was pure desperation on our part. I felt conflicted about making the call, as did the rest of our friendship group, because we knew she would not take it well. In the end, we asked a professional therapist to make the decision for us. Was it the right thing to do? I think it was. But even now I still wonder.

Mental illness can be all-consuming. The person experiencing it can be rendered unable to deal with day-to-day life. But the effect it has on those around them can be hard to talk about. So much of the conversation around mental health in recent years has been focused on supporting those who are struggling with their wellbeing, and rightfully so. It’s incredibly important for mental health to be talked about, understood, and supported both socially and financially.

But this also makes it difficult to admit that, sometimes, being friends with someone with a serious mental illness can be really hard. Sleepless nights worrying about their wellbeing comes with the territory. You might get so sucked into their troubles that they become, in one way or another, your troubles, too. Sheryl and I had a relationship that I was convinced would stand the test of time. When I think of it now, I remember how hard we made each other laugh and how she made my heart feel so full. We talked about growing old together, planning our fantasy futures as rich old ladies. But our friendship couldn’t survive her illness, and it hacked away at its foundation.

I have a lot of guilt about admitting that I couldn’t support an unwell friend in the way they needed. Someone who gets it is Tara Quinn-Cirillo, a psychologist and associate fellow at the British Psychological Society. “It is tough when a friendship ends,” she tells me. “It can be painful, sad and overwhelming… Morality can be a hard one. This is why [guiding] friends to professional services and other support services is important. You may find that your role as a friend has become blurred and you are having to monitor them and possibly keep them safe.”

A difficult friendship dynamic won’t come as a surprise to many people who struggle with their mental health – many will be all too aware that their friendships might bear the brunt of their turmoil. Sophie Rose, from London, was recently diagnosed with bipolar disorder after years of dealing with extreme mood swings. She says receiving the diagnosis gave her a better understanding of why so many friendships she had while in university – at the height of her disorder – just couldn’t last.

“I would have manic episodes where I’d be out and about, meeting lots of people, being really bubbly and outgoing for a few weeks,” she says. “But then I’d hit a low and disappear for weeks at a time. I only ever really felt safe by myself. I hadn’t told any of my friends what was happening and it made making new friends even harder because I felt like I had to put on a front.

“I didn’t feel comfortable with what I was going through and didn’t want to admit that I was struggling. The easiest coping mechanism was shutting down. I thought I was helping people by not burdening them with my lows… but there was frustration on the other side that I just wasn’t showing up. I would feel so guilty for cancelling that I would spiral into feeling like I didn’t deserve any friendships at all.”

Possibly the best example of bipolar disorder in pop culture is in the Amazon Prime Video drama series Modern Love. Anne Hathaway stars as Lexi, a bipolar woman trying to hide her illness from her friends and colleagues as she navigates her life in New York City. Terri Cheney, whose 2008 New York Times essay inspired Lexi’s story, told the publication after the episode aired that she had been “terrified” of going public with her condition. “I would just disappear from the world so nobody saw,” she remembered. “At work, I was productive and on top of my game. I was able to make up all [of] the work that I had fallen behind on, and it had been the same with school. But I was continuously terrified that someone would find out and I would get fired or no one would ever love me.”

It’s all too familiar to me. When Sheryl was on a high, being the life of any party, I was always in awe in her presence. Her ambition seemed boundless. She could do anything. But then the lows would hit, and I would watch helplessly as she retreated from the world, spending days in her room. There are only so many times you can reassure someone in a crisis that you’re there for them before it starts to feel useless. When you know you won’t be able to pull them out of the dark. During those times with Sheryl, I would wait and worry, desperate for the moment the storm clouds parted in her mind once again.

“Something I’ve realised is that if you don’t communicate with your friends about your mental health, it becomes hard for them to support you in the way you need,” Rose says. “I made it hard for people to support me. It takes a lot of patience for someone to keep carrying your hand when you’re at your lowest.”

Quinn-Cirillo reiterates how important it is for friends – of any state of mind – to figure out what their boundaries are in relation to one another. “Taking the time to think about this will then help you maintain a healthy friendship and will also help you navigate things should a strain on the friendship occur,” she says. “Part of a good friendship is being able to respect each other’s needs and have conversations about those needs. Boundaries may include how and when you share information, the frequency of your contact, lending money, or even boundaries about respecting opinions, ideas, emotional states and personal space – such as how tactile you wish to be.”

Since receiving her diagnosis and starting medication to stabilise her moods, Rose says she’s doing much better. Opening up to her existing friends about her condition and figuring out what she needs when times are hard has helped immensely, she says. But the journey hasn’t been easy, and it took becoming suicidal for Rose to reach a turning point.

Her advice for anyone struggling to maintain friendships while living with a mental illness is brutally honest. “It can be hard sometimes, and you do have to prioritise yourself,” she says. “Which means you will lose friends along the line.”

But there’s hope, too. “There are a lot of friends who will choose to stick around,” she adds. “There will be people who will want to keep showing up for you and those people are so great and you should love them immensely. It might be that someone you thought was going to be your best friend forever isn’t going to be, and it’s not anyone’s fault. But keep an open line of communication and let them know what you’re going through, and you’ll find out who your friends truly are and get the best support you can.”

The last time I spoke to Sheryl was before I moved overseas. I said goodbye and wished her luck. She returned the good wishes, politely but firmly. I sobbed over the emotional chasm between us, and how much bigger and further it felt than any of the physical miles I ended up travelling. I miss her. But when I hear from others that she’s now thriving, I feel so happy. In the end, I know that what happened between us was the healthy, responsible thing to do for everyone involved. Even if it was one of the hardest pills I’ve ever had to swallow.

*Names have been changed

If you are experiencing feelings of distress and isolation, or are struggling to cope, the Samaritans offers support; you can speak to someone for free over the phone, in confidence, on 116 123 (UK and ROI), email jo@samaritans.org, or visit the Samaritans website to find details of your nearest branch.

If you are based in the USA, and you or someone you know needs mental health assistance right now, call National Suicide Prevention Helpline on 1-800-273-TALK (8255). The Helpline is a free, confidential crisis hotline that is available to everyone 24 hours a day, seven days a week.

If you are in another country, you can go to www.befrienders.org to find a helpline near you.

How Colleen Hoover Rose to Rule the Best-Seller List

PICS: Bhumi Pednekar, In One Shoulder Bodycon Dress, Looks Like A Dream