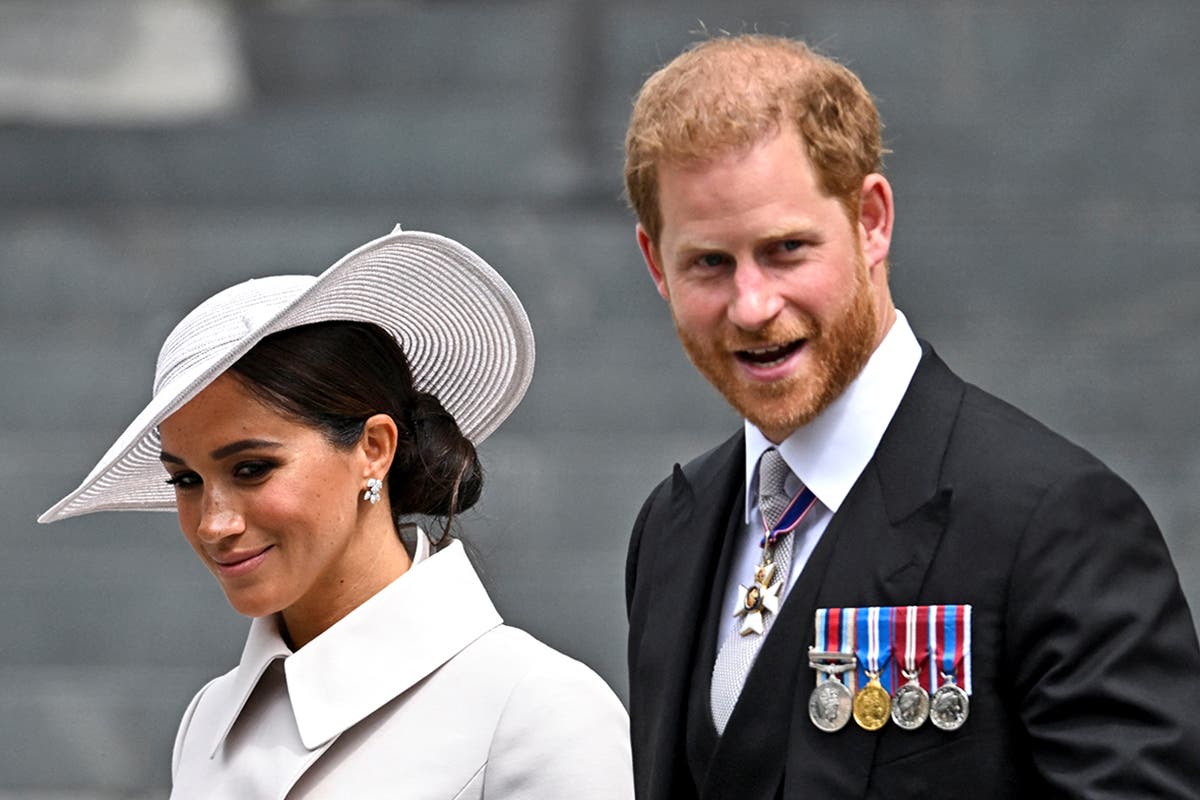 IIFA 2022: Aishwarya Rai Bachchan And Abhishek – Twinning And Winning On The Green Carpet

The Duke and Duchess of Sussex will not attend the BBC’s Platinum Party at the Palace concert on Saturday evening.

The star-studded concert in honour of the Queen’s platinum jubilee will see the Prince of Wales, the Duchess of Cornwall, and the Duke and Duchess of Cambridge in attendance.

However, Prince Harry and Meghan Markle have spent the day celebrating their daughter’s first birthday “privately” in Windsor.

The couple’s daughter, Lilibet Diana Mountbatten Windsor, turned a year old on Saturday. She is in London with her parents and her brother, Archie Harrison Moutnbatten Windsor, three, for the jubilee celebrations.

A spokesperson for the Sussexes said they are spending the baby’s special day “together privately as a family”.

Harry and Meghan made their first public appearance in the UK since they stepped down as senior royals in 2020 on Friday, when they attended the special Service of Thanksgiving for the Queen at St Paul’s Cathedral.

They joined scores of other royal family members, including Prince Charles, Prince William, and Kate Middleton, but were seated across the aisle from the working members of the family.

Absent from the service were the Queen, who cancelled her attendance at the last minute after experiencing “some discomfort” during Thursday’s jubilee celebrations, as well as the Duke of York, who has tested positive for Covid

The Sussexes also missed a Guildhall reception for the royal after the service.

Giant snails the size of rats eat houses in Florida

Other members of the royal family who are expected to enjoy the Platinum Party at the Palace in person include the Earl and Countess of Wessex and their children, Lady Louise Windsor and Viscount Severn, the Princess Royal and Vice Admiral Sir Tim Laurence, Princess Beatrice and her husband Edoardo Mapelli Mozzi, and Pricness Eugenie and her husband Jack Brooksbank.

Princess Anne’s son, Peter Phillips, is expected to be joined by his children Savannah and Isla, while Zara and Mike Tindall, will also be there.

Why do Americans celebrate Thanksgiving?

There is ‘enormous opportunity’ in REITs, if you choose wisely, says Gilman Hill’s Jenny Harrington

Suffering From Arthritis? Here Are 5 Foods That Can Help Relieve Symptoms

‘Benediction’ Review: A Poet’s Life, in Love and War